How to draw a simple cone with height and radius with TikZ?

In the above thread, a cone was created. However, if I invert the cone, the lines from the origin to the cone edges cuts through the cone. This is not visually pleasing. How can I get the line to only intersect the (\pm 2, 3) without going through ellipse opening?

I suppose what you want to do is find a line starting at the tip of the cone that is tangential to the ellipse.

So let's do the math. Let r1 be the horizontal radius of the ellipse, and let r2 be the vertical radius. Let z be the distance from the tip of the cone to the midpoint of the ellipse. We have the following situation:

Here, O is the origin, P is the tip of the cone, S is the point at which the line is tangential to the ellipse, alpha is the angle between the horizontal axis and the line segment OS, and the vector v is a normal vector of the ellipse at point S.

We want the vector PS to be perpendicular to the vector v. I've used LaTeX for the remainder of the math: (Unfortunately tex.stackexchange.com does not have LaTeX formulas enabled.) 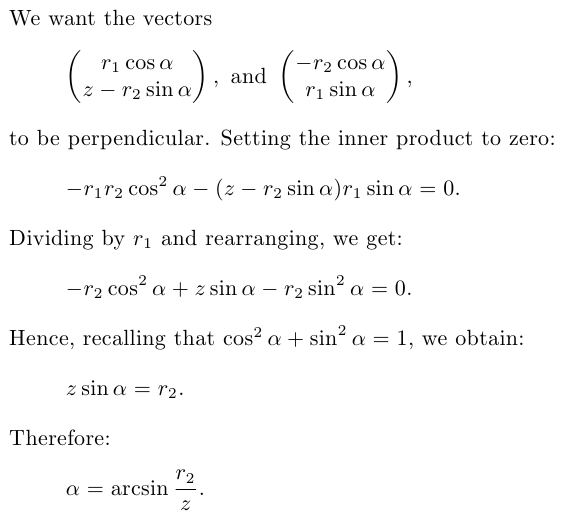 This code should get you going:

A number of example outputs for different values of rx ,ry, and z. 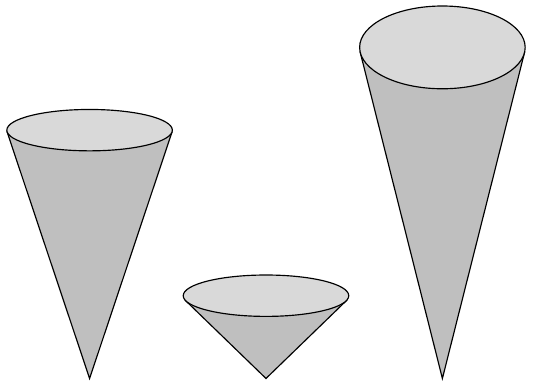 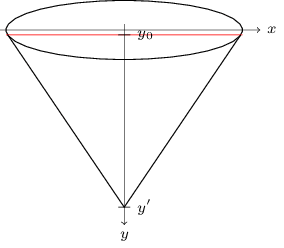 So, all you have to do is draw ellipse, the appropriate (red) line and find intersections as in the example below 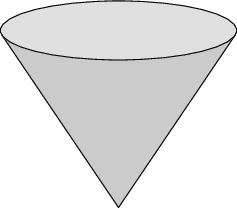 11
TikZ: Cropping the Bounding Box
11
Rotate a node but not its content: the case of the ellipse decoration
7
How to draw an elliptical arc in TikZ given only opposite extreme points (vertices) of the ellipse?
12
Numerical conditional within tikz keys?
43
How is arc defined in TikZ?
13
TikZ: Drawing an arc from an intersection to an intersection
12
Relative transparency in TikZ?
9
Line up nested tikz enviroments or how to get rid of them
0
LaTeX Tikz: Compare two \def arguments