Numbering theorems in a chapter with no sections

Say I have an index such as:

and I number my theorems as

My first question is: is this really a feature and not a bug? Is there a situation where this is the preferred behavior?

My second question is about how to fix it. I would like the theorems in Chapter 2 to be 2.1, 2.2, etc while keeping the theorems in Chapter 1 to appear as 1.1.1, 1.1.2, etc. I can manually do it various ways (see here) by putting in code in individual chapters. But I shouldn't have to do such a thing, should I? I would really like to have a solution where the format of the numbering is determined entirely in the preamble.

The following conditions on the value of section, inserting it into the theorem numbering as needed:

Note that you have to consider that theorem counters are reset with every \chapter and \section, otherwise you'd have Theorem 2.3 starting off in Chapter 2 in the above example. Also, if you have a theorem inside the "introductory" part of a chapter that eventually will contain a section, then you'll still receive the "reduced" numbering.

Perhaps a little 'programing' helps to maintain section countering for theorems when there is a section and to drop it, when there is no section! 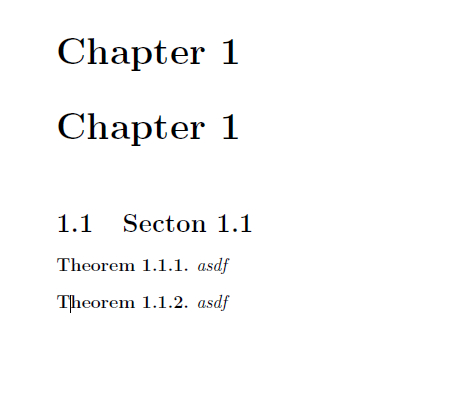 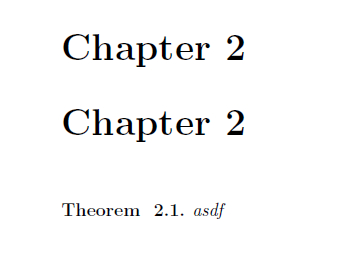 63
Is it a bad idea to use \begin{section} ... \end{section} in LaTeX?
2
Change the way theorems are numbered within a document