How to create two series of align equations in the same document?

For example I need environments alignA and alignB that allow me to write: 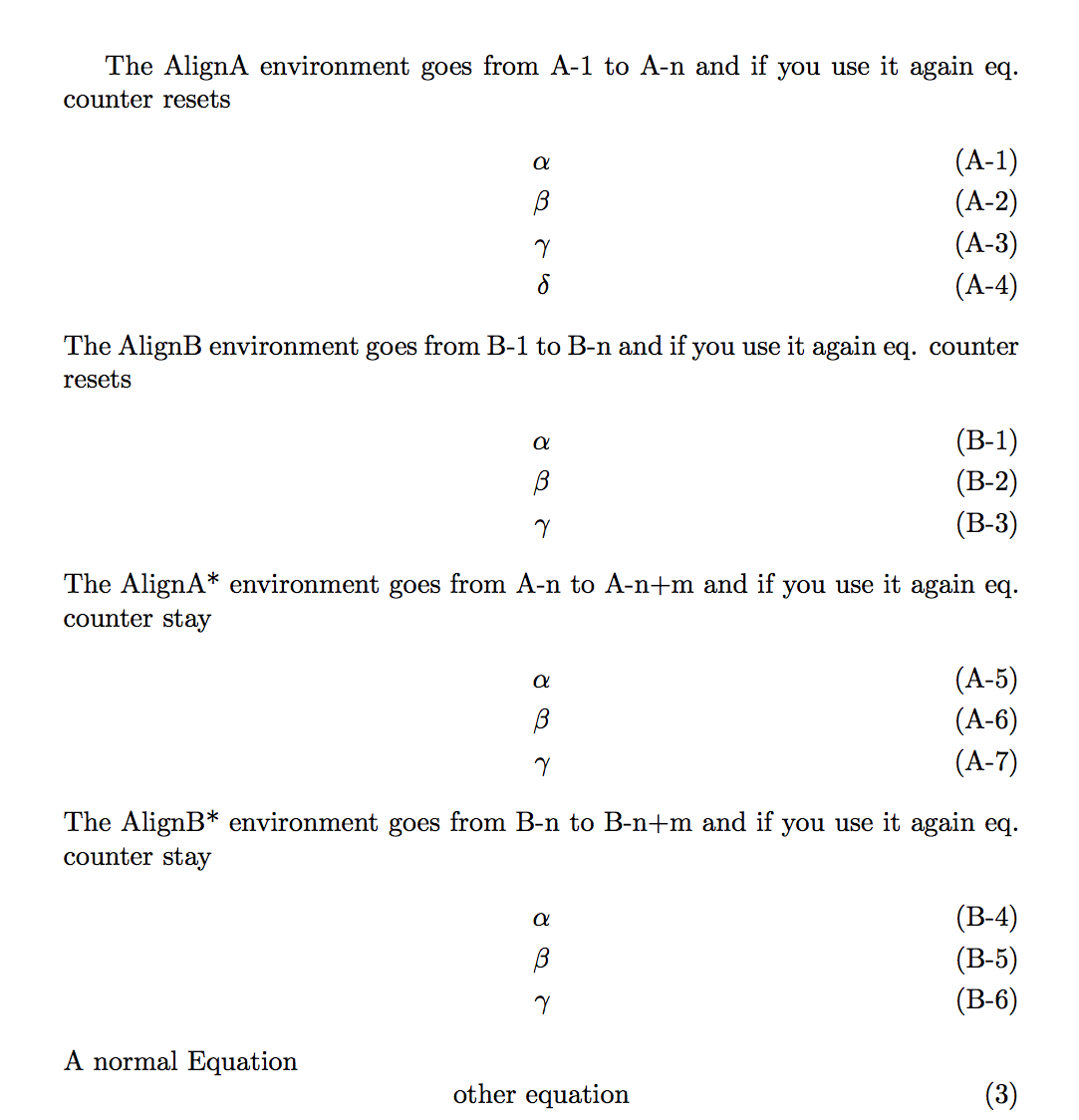 Not the answer you're looking for? Browse other questions tagged math-mode numbering align or ask your own question.

5
How to create two series of the style of equation number in the same document?