How to fix “no lowerable accent” error in XeLaTeX?

I'm writing a linguistic paper and have to use several IPA characters with certain accents (e.g. œ̞, ʉ̟). I thought I might use XeLaTeX. I have tried using the tipa-package, but I only get an error saying "no lowerable accent in position 27" and no accent is shown. Here is part of the code:

In this code I have explicitly changed the font for the IPA characters to Computer Modern. Otherwise, no IPA character would be shown. This gives 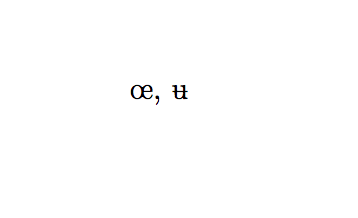 Which obviously isn't as it is supposed to be (no accents).

I have also tried to use a font supporting IPA characters, but that font doesn't look good together with the font of XeLaTeX.

How can I fix this issue?

You have to use a font that supports the IPA characters, for instance CMU Serif: 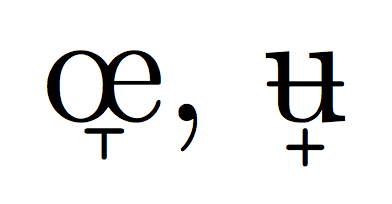 You can also input the characters directly:

The third line is using the Unicode points. 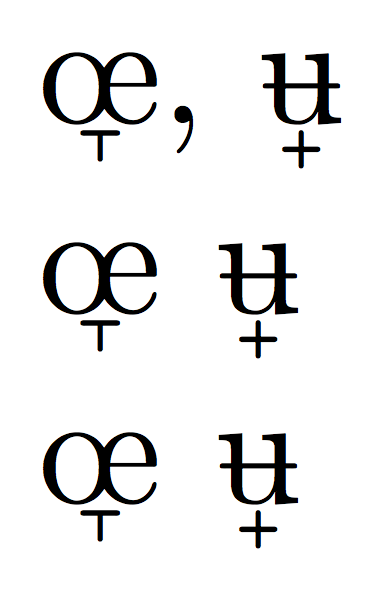 Not the answer you're looking for? Browse other questions tagged xetex accents linguistics tipa or ask your own question.