A while ago, I used some code from here, which fitted my requirements perfectly. However, I'd like a different table, and playing around with the code (I'm quite new to Latex) has not yielded any encouraging results. Basically I'd like a table like the one below (produced in Excel because I can't produce it in Latex at the moment): 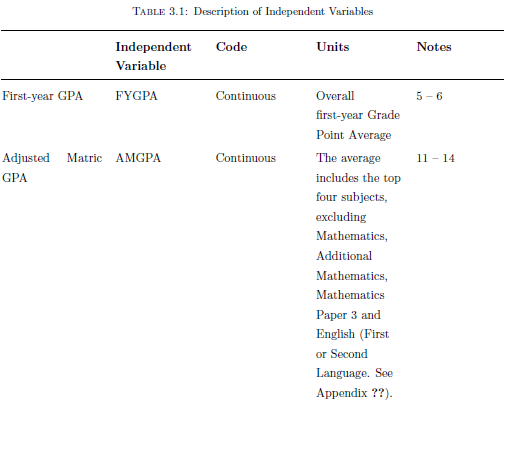 My MWE (don't worry about alignment when it appears in the article class - I'm using a customised template which already has all the margins etc set out). I'd also like the Notes column to have a slightly greater width than the other columns because I will be putting more text in there. Also you might notice the (See Appendix ??) - that is my second question.

I have a 'chapter' which is actually an Appendix. I've labelled the Appendix in the following way:

Why is Latex not picking up the label?

My table is going to extend over one page once I put all my variables in. I see the longtable package is recommended for this job. However, simply replacing the \begin{table}...\end{table} with \begin{longtable}...\end{longtable} in my MWE is bringing up a whole host of additional errors (for example, it doesn't like the \centering command and says \caption -> \noalign). What should I be aware of when using the longtable package over the table package?

tables cross-referencing
Share
Improve this question
asked May 13 '14 at 11:25

A solution using the ltablex package, that extends longtable to the tabularx environment. I don't know what you want to do with athreeparttableenvironment (you don't really use it here), but anyway, it doesn't work with longtables. For long tables, you have to load thethreeparttablexpackage, and the environment isThreePartTable`.

To cross-reference, you have to put a label just after the caption. I think this code fulfills all your requirements: 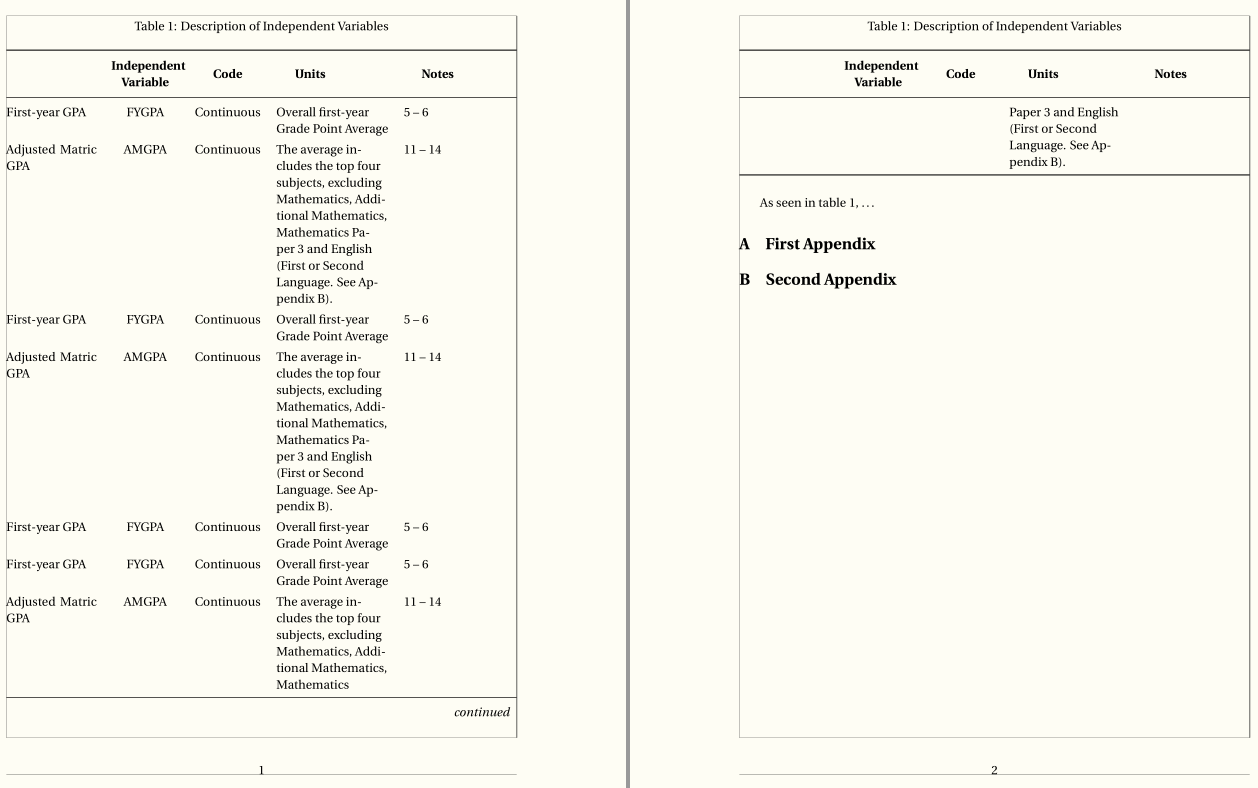 Not the answer you're looking for? Browse other questions tagged tables cross-referencing or ask your own question.

7
Print answer key to multiple choice questions
0
Question regarding formatting contents of a cell in a table
0
Setting up multiple-page table with table notes in apa6 document with longtable, threeparttable and threeparttablex
4
Formatting tables
1
Formatting Problem with Multiple Figures and Tables
1
Tables formatting
1
Some questions about the tables
0
Simple questions regarding table that spans into multiple pages
0
Formatting Question Regarding Latex output from R