I am drawing some force diagrams, and would really like the ability to draw a small right triangle on a line, like in the snapshot below.

Right now I'm drawing my force vectors like so:

Is there a library that I don't know about to help create annotations like these? Or perhaps more idiomatic tikz way of doing this? 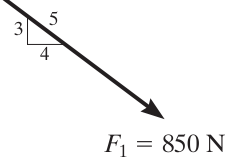 Thanks for your time!

EDIT: So I repurposed a tangentially related answer (Triangle as constraints in structural engineering) to some extent:

Which gets me almost there! However I'm still missing something to do with the new local coordinate system. How do I make that 3 leg come straight down (relative to the standard coordinate system)? 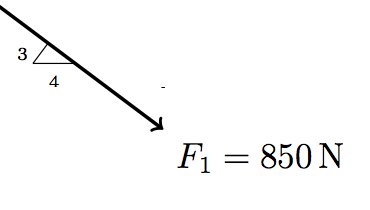 WIth tikz here is one way to do it: select the start point and end point on the vector itself:

In the above the (Start Point) is 0.3 along the length, and the (End Point) is at 0.5 along the path, and use |- to connect them which draws a vertical line followed by a horizontal line: 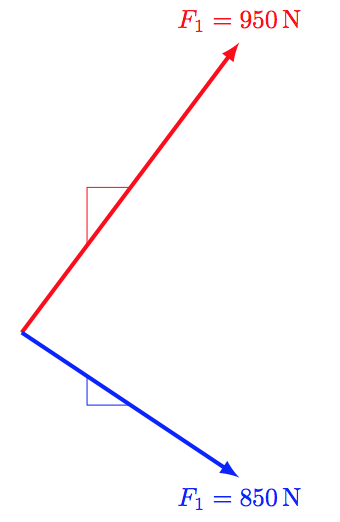 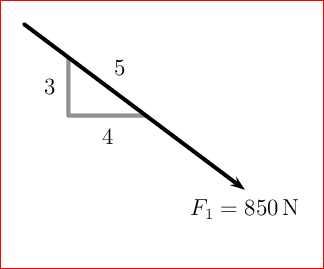 Another PSTricks solution. Run with xelatex: 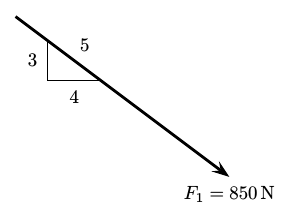 14
Triangle as constraints in structural engineering

2
Nested ifthenelse in tikz fails after arbitrary changes
6
TikZ: Node position in draw environment
2
Problem with Right Angle Triangle
11
How to label angles in a right triangle?
3
Tikz: Constructing a right-angle triangle
3
How can I place a node on another node's border anchor, adjusting so that it is centred on the middle of any line bordering the main node?
8
How to draw orbital elements
2
LaTeX Tikz: Compare two \def arguments