Spacing issue in new environment from a theorem

I'm trying to create a theorem environment that I can use to repeat a theorem that has been previously stated in a book but number it the same as the 1st instance. I found some sort of solution:

It nearly works but there is a spacing issue. 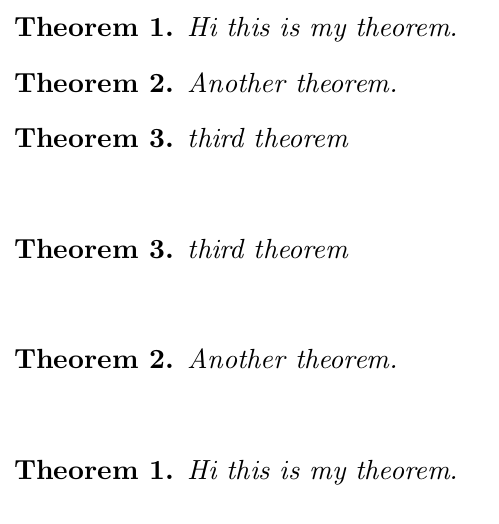 spacing theorems counters
Share
Improve this question
asked May 22, 2014 at 2:18

This functionality is already provided by the restatable environment from the thmtools package; the package also offers a continues key and it handles, in both situations, the case of the theorem counter being subordinated to another one: 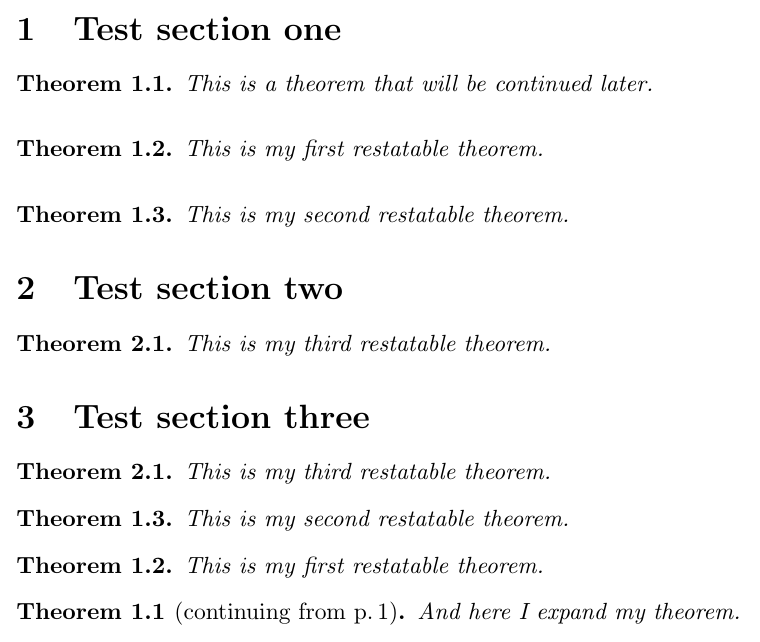 However, there's still a little difference in vertical spacing between the restatable and the standard theorems.

Not the answer you're looking for? Browse other questions tagged spacing theorems counters or ask your own question.