I've visited a colleague of mine, Karel Horák, a Czech TeXist, in Prague and he presented/gave me a nice TeX problem. He wishes to get PDF file from TeX file. It sounds easy!

Issues of the Kvant (The Quant's mathematical problem book) journal have been released publicly some time ago (TeX, PDF, http://www.kvant.info/zkm_main.htm).

His first problem was which encoding the file is written in. He tried all the encodings in TeXworks with no luck. I've tried several automatic detection systems (first site, second site). They identified SJIS and UTF-8, that's wrong. I haven't tested chardet package in Python (that's a sort of my ToDo).

I've tried different strategy. I wished to test all the encodings from the iconv program. I've created a standalone Lua script to do that for me. We run texlua mal-split.lua:

Then I've tried to find some word from the PDF file (Copy+Paste) among those many TeX files. And that's it! The used encoding is probably one of these: CP866, CP1125 or CP1131.

There are some other problems to get PDF file from that TeX file:

This is the reply to my humble request to get source codes of the figures:

The pictures loaded by the HTML webpage (GIF, JPG, SWF) are located in the /zkm_in/ folder, here they are: http://striz7.fame.utb.cz/docasne/zkm_im.rar

So the task is to reconstruct the preamble, that's my best guess. I'm trying to reproduce the PDF file by compiling TeX file by any means necessary.

These are some TeX files converted from CP866, from CP1125 and from CP1131 to UTF-8 just in case you cannot run the iconv tool. I enclose a preview of the first page of the PDF file. 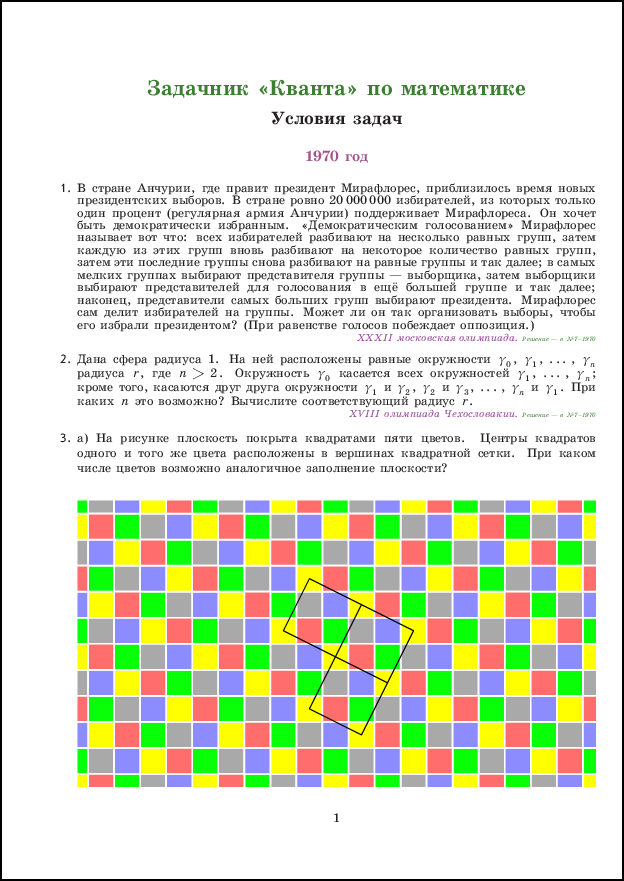 I think, the first and absolutely necessary step is to get the original fonts back. Without the fonts, you cannot reproduce the line and page breaks or the overall look of the originals.

Looking at the name of the fonts, they are following a "Computer Modern" tradition, so they may be originally written in METAFONT or METAPOST and may still be luring on some server (ftp, listserv repository, gopher, ...) if you can't get them from backup tapes.

If you cannot find them, you can peel out the glyphs (letter shapes) from the pdf file (and, because the files are that old, you will probably get the full font in one try instead of getting overlapping subsets different for each pdf file). But the necessary tfm files are still missing ...

When you have them, measuring the page dimensions and making a trial document class for LaTeX is the next step. This is also more than just writing a preamble, but much more feasible than reconstructing lost fonts.

Not the answer you're looking for? Browse other questions tagged unicode font-encodings or ask your own question.

5
Can you translate utf8 file to ascii with non-ascii characters replaced by tex-macro?
9
encoding problem with \verbatiminput : Package inputenc Error: Unicode char \u8: not set up for use with LaTeX
3
How to convert UTF-8 to latin-1 on the fly?
11
why “ff” displays strange using unicode encoding vs. iso-8859-1 in HTML output from tex4ht?
3
Problem with composite letters in section labels
1
Unicode and eforms
5
How to \input{} files with Unicode names?
2
UTF-8 characters not rendered properly