I want to number successive theorems with hierarchical counting (top level counter n, sub level counter m) in a way that I can chose from the following options for each theorem:

In fact, a quite liberal numbering should be possible, with multiple levels and custom counting-style (arabic, alph, ...).

There are some related answers:

So is there any way to achieve this without creating new versions of each theorem environment for each numbering option?

If not, a conclusion would be that, if you want to compose multiple independent style parameters for theorems (e.g. the numbering way, the header/body font, ...), you would have to create an own environment for each combination. This would produce much redundance and would be hard to maintain. Is it like that?

Here is an environment, within which each theorem is numbered with an extra digit appended to the previous theorem number. If you want a Theorem 2.1 without a previous Theorem 2, just add \stepcounter{theorem} before the start of the environment. 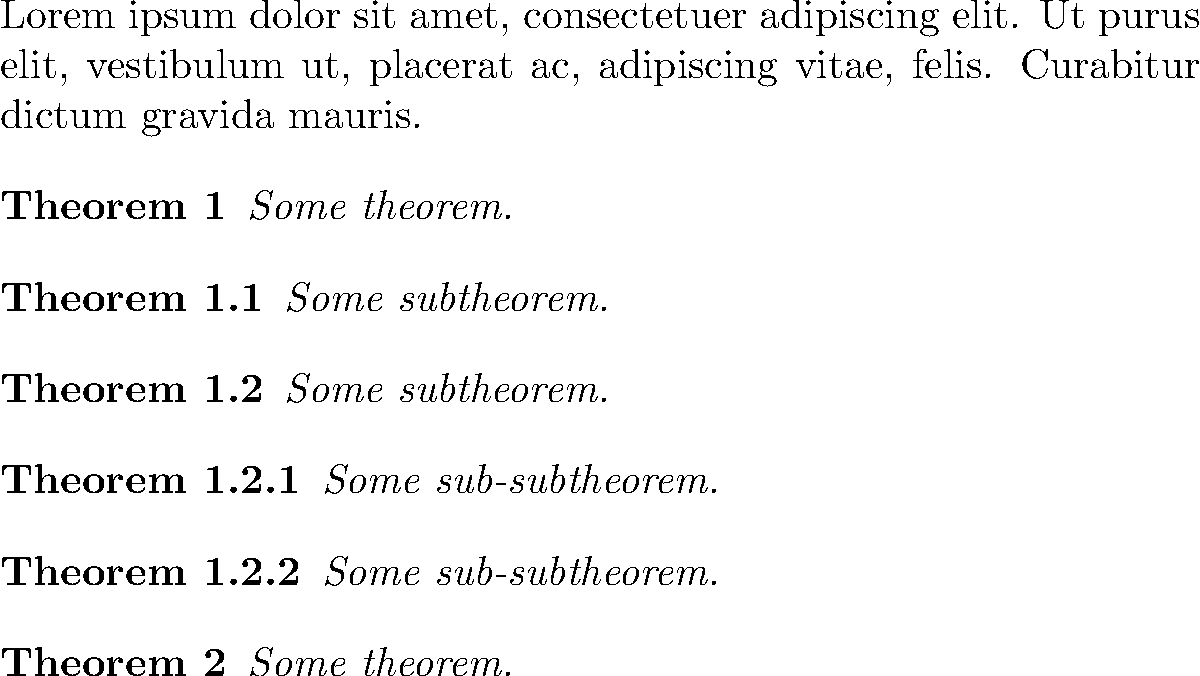 Below is a minimal implementation that creates a theorem environment from scratch. The theorem environment takes one optional parameter, which actually represents a counter (default is theorem, but I've also defined subtheorem). Apart from that, the construction of the environment is the same whether you're using a "regular theorem" or a "subtheorem": 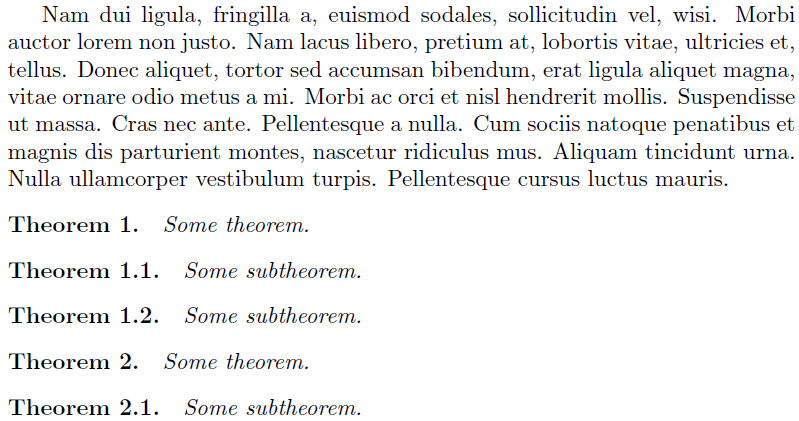 Of course, you could add more levels if you want, or modify the theorem environment to suit your needs.

Only the environments theorem, subtheorems and subtheorems* are needed, and I believe it behaves exactly as requested. 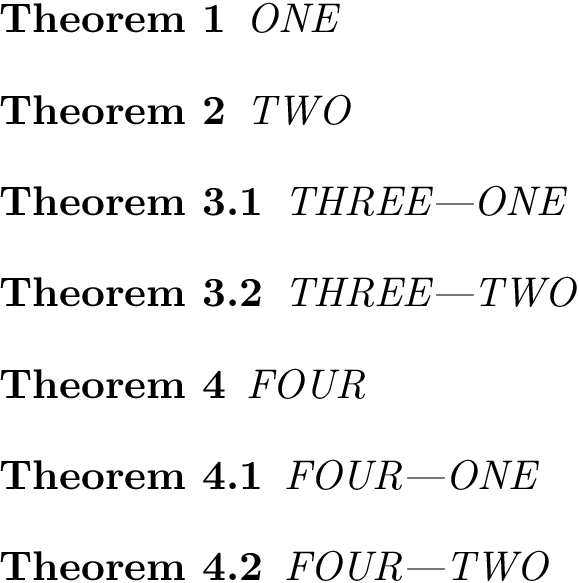 Not the answer you're looking for? Browse other questions tagged counters ntheorem or ask your own question.