Since I wanted to use Opentype with Latex, I had to go with Luatex and consequently am now missing some features of Microtype (spacing, kerning). (I tried converting my openfonts but failed)

Here is an example text, and what I don't like about it:

Since I use a special font, a pdf is better than a picture: http://de.scribd.com/doc/228281466/Minimal-Example

The interword spacing just does not look right, e.g. comparing line 2 and 3; specifically the space between "of visual obtrusion" in line 2 and the spaces between "or at the margins of" in line 3.

Any hints? Maybe using luaotfload could help? Basically, I am looking for ways to enhance the appearance of my text and I am open to all suggestions and tips.

For good reference the example text can be compared to the microtype documentation.

Though this shifts the heading weirdly and turns off protrusion: 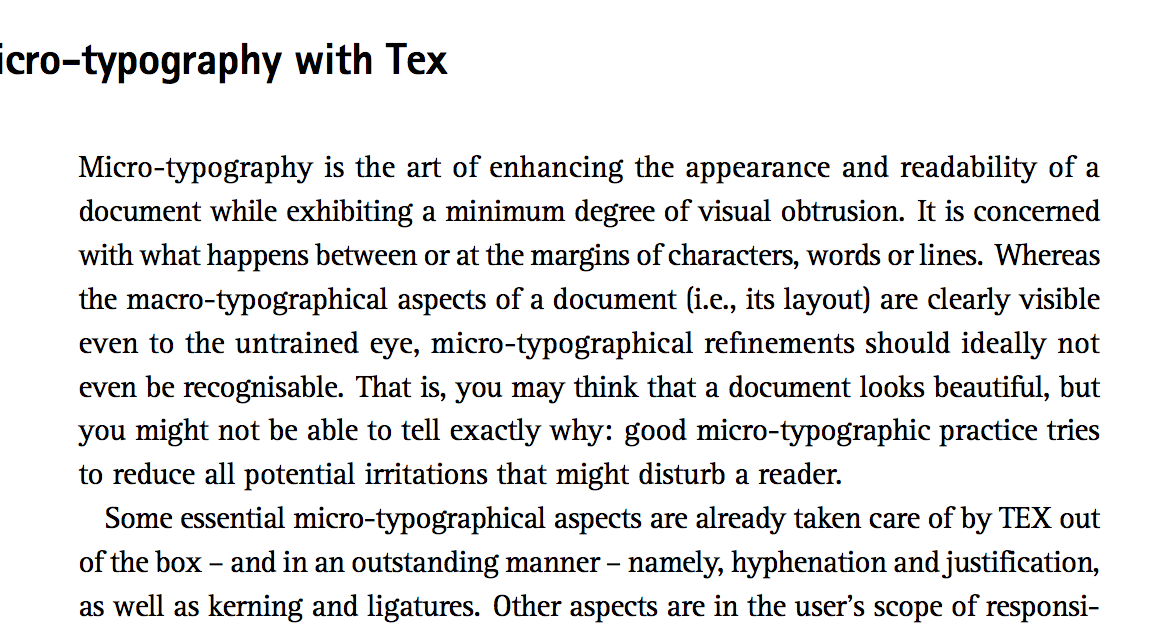 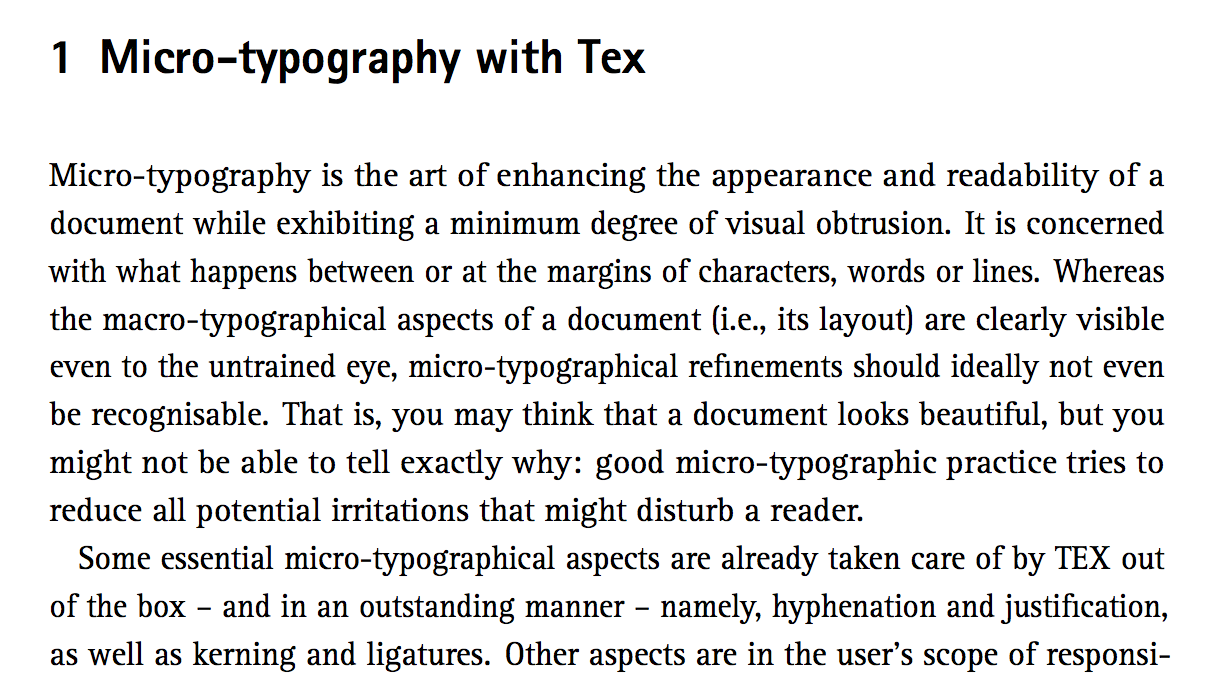 Here is a good example but with different font, line spacing and macro-typography: 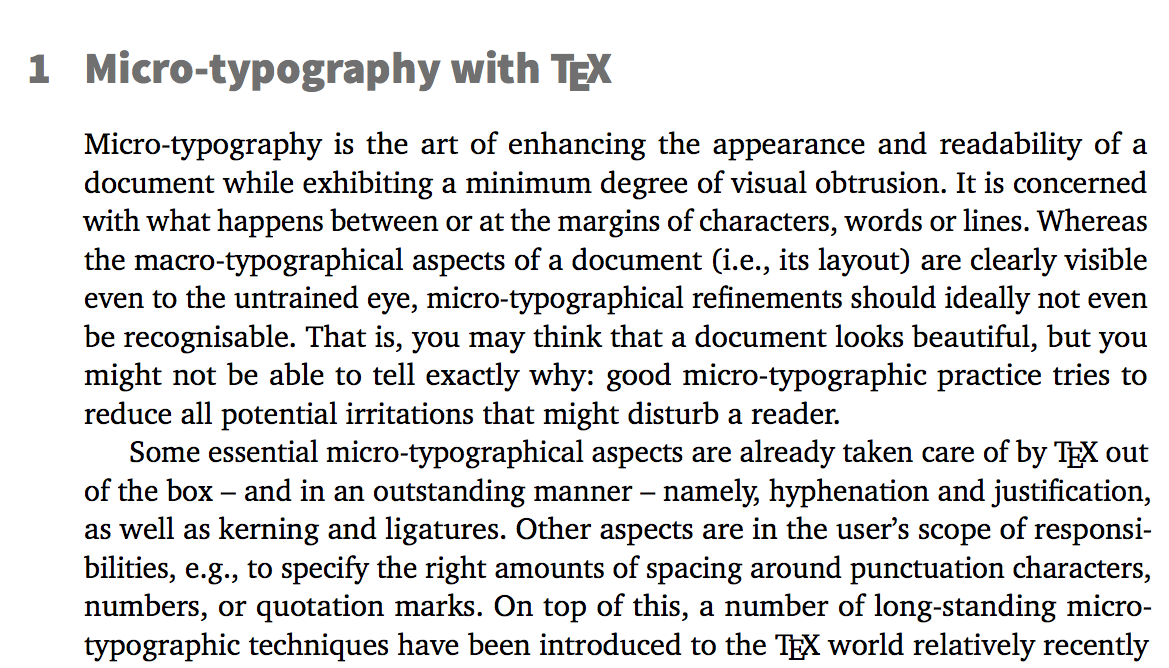 Delete the line \usepackage[T1]{fontenc}, it is only valid for standard pdflatex

Not the answer you're looking for? Browse other questions tagged spacing luatex typography microtype kerning or ask your own question.

10
What possibilities are there of using OpenType fonts and margin kerning?
2
Prevent microtype tracking to add space between letters?
161
Consistent typography
15
How to get microtype to work with mathematical minus sign and package lmodern?
8
Turning off TeXnical enhancements
8
TeX Capabilities with Arbitrary Fonts
14
Unclarities about Microtype's default options