I sometimes need to write that a certain prime p^k precisely divides a number n, meaning that p^k | m but it is not the case that p^{k+1} | m. It is often written as: p^k || m, where the symbol in the middle is supposed to look like a pair of vertical lines close to one another.

Is there a good way to write this in LaTeX? I am aware of the following possibilities, none of which is fully satisfactory:

Are there any better possibilities?

You might use \parallel, which produces the same symbol as \Vert, but correctly spaced for a relation symbol.

and $a\pdiv b$ would produce 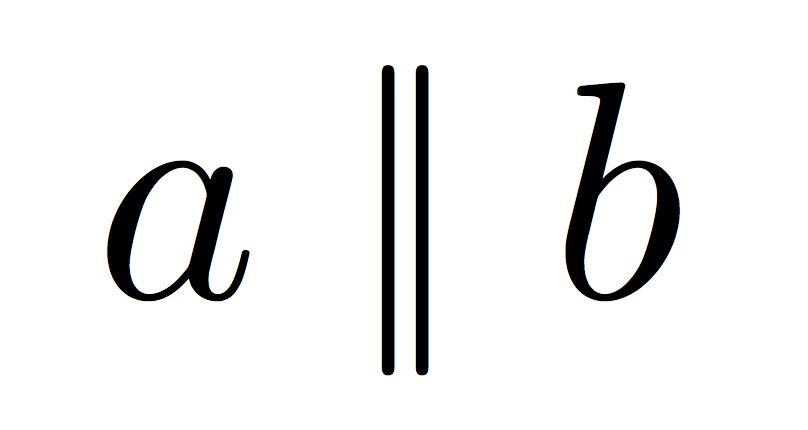 If you choose \parallel, use a new command anyway, so you can easily change your mind later:

There's nothing wrong in using explicit spaces, so long as you know what you're doing. Surely \: is not the right spacing command to use, because it introduces a flexible space. If you feel that \mid\!\mid is too tight, try 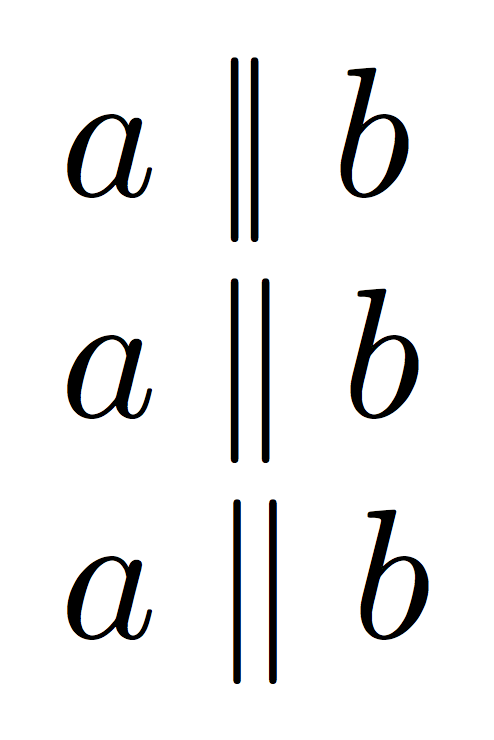 If I had to choose, I'd select the first one. But with a new command you're not bound to a decision until the last time.

Although it looks strange, you need \parallel: 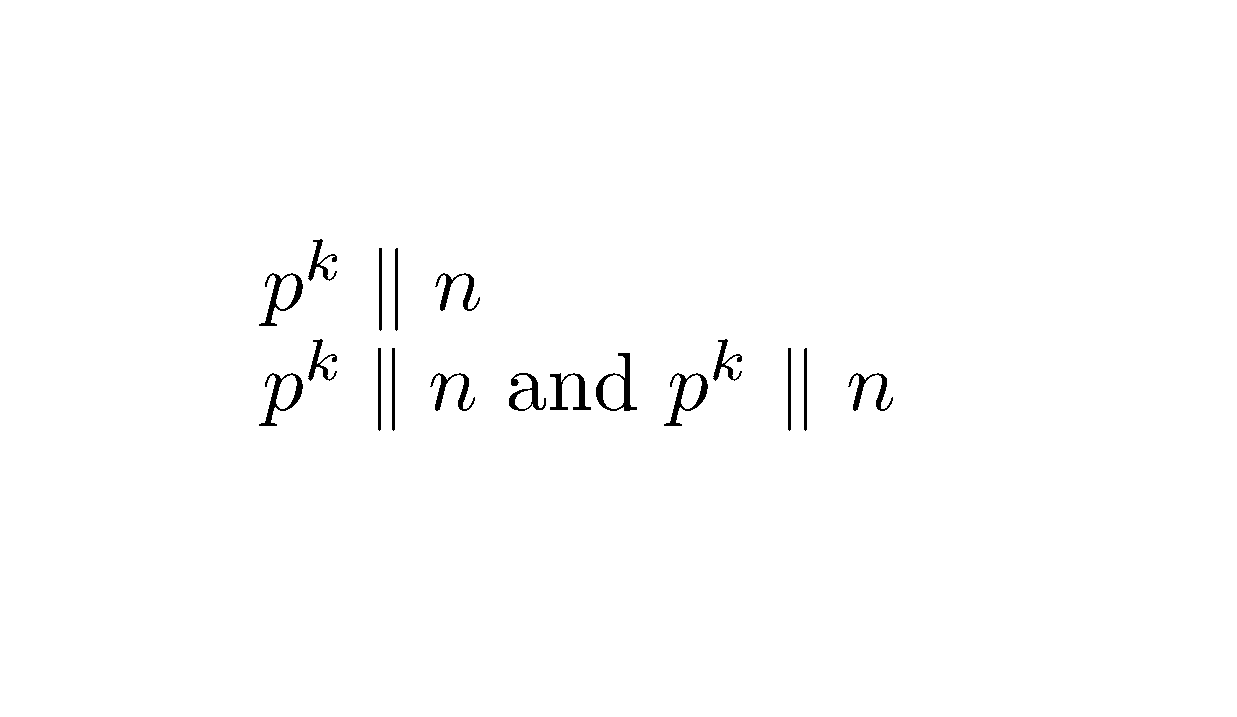 24
How to get a vertical bar which is longer than \mid ?
60
\subseteq + \circ as a single symbol (“open subset”)
46
Typesetting the “define equals” symbol
4
Create rotated prime symbol
14
How do you get a scriptscriptstyle-sized prime?
29
vertical bar for absolute value and conditional expectation
16
Symbol for “defined to be logically equivalent” (:⇔)
8
Pigpen-like symbol for =
3
Symbol for qft derivative