header and footer in all pages of letter class newlfm

Following this other question, I would just want to have the footer in every page of the document, but I don't find a way... besides, could I put it a little bit up, without changing the bottom margin? Thanks!

Would it be possible as well to remove the ":" after Telephone and E-mail??

Here is an easy implementation of your cover letter, completely void of newlfm. As such, it is completely customizable to suit your needs: 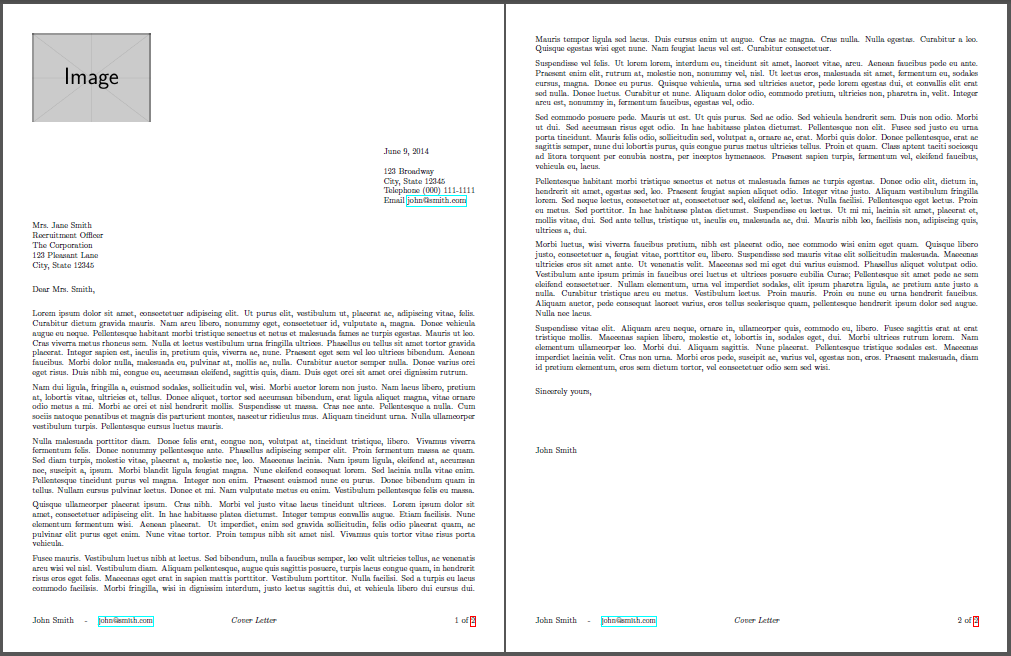 This satisfies some of your desiderata. In particular, it uses the footer on all pages.

Finally, having taken a look at the code of the class, personally I would learn to live with the colons. However, you may feel differently if you dislike them strongly enough. (The documented code is not included in the manual I have and the code itself contains precious little by way of commentary. Eventually, I gave up trying to figure out which command might be responsible for the colons. However, I suspect it is buried fairly deep so that you would have to duplicate a fair chunk of code in your preamble. Obviously that's doable but I would not personally think it worth it. I could, however, been entirely misguided in my suspicions.)

So, in the end, I've only really changed one thing: 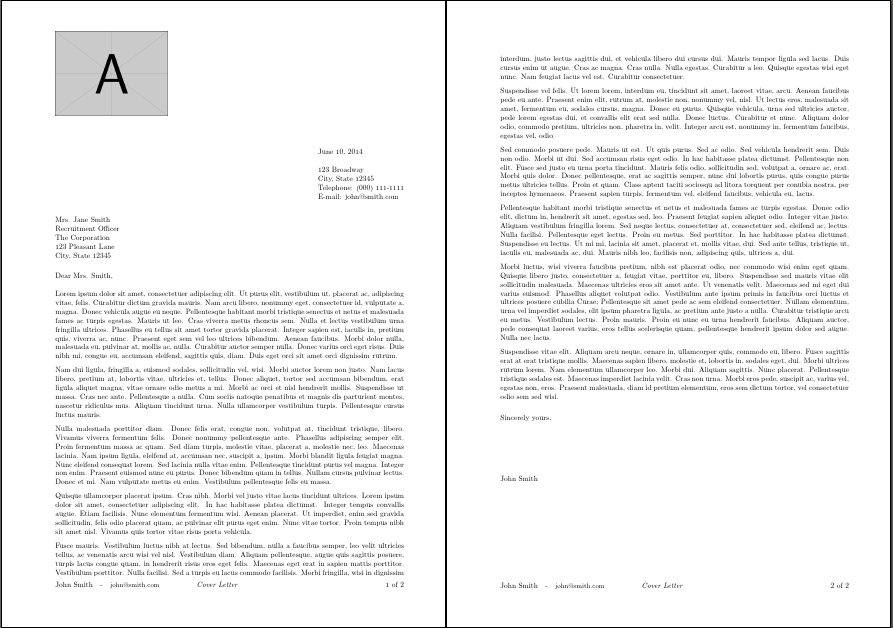 Not the answer you're looking for? Browse other questions tagged header-footer newlfm or ask your own question.