ANSWER: I am looking for general methods illustrated with a simple example each, to learn from. If several answers are useful, several increasing bounties. (Of course the users most likely answer the question already have enormous rep I suppose .. )

If only possible for presentations, beamer or powerdot, seeing how a new frame is a user typed control sequence in that case, that would answer the question too. Particularly interested in article class however.

If \futurelet must be used, please suggest how to use it in a nonfragile manner! That would be an answer. (It reads the next line inside the group it's in, does nothing if new frame control sequence is not present, else expands into \c if that is present, and so on.)

What's the point? Why not manually do it as usual? The question ultimately concerns something possibly of wide general usage, this being to construct evolving technical figure animation keyframes, that contain independent tikz figures, with automatic context specific markup and descriptions in panels as necessary. That is, instead of doing it one by one, which is tedious, at several frames per every couple seconds. Such a document can be batch extracted to .png sequences.

Consider a document whose content are series of figures generated by a foreach, such that some are, if some parameters are in sum above a threshold, displayed over not one per page but one per several frames or pages, with all permutations of variations in one particular parameter, and the certain images or text are automatically added in that case as markup.

I know: articles or various presentation classes are not intended for this: but so what? It can be done, and is rather useful I suggest. (Record audio, assemble keyframes from several such documents into video, and you've generated a particularly slick lecture!)

The reason for the question is that while the general document filling macro is straightforward, depending on the figure a series of stacked \foreachs, it complicates rapidly with if-then sequences for corresponding floating text markup and text panels that is same across several frames, if the feature requested in this question is absent. I am not sufficiently knowledgable in core macros (but learning!) to construct this particular feature, no idea where to begin with it. Perhaps it is very easy, and I am silly to be unaware of it.

Here is one example using the \AddThispageHook feature of the everypage package, which as you will see upon compilation, converts to red font between pages 1 and 2, which is after the actual invocation point. 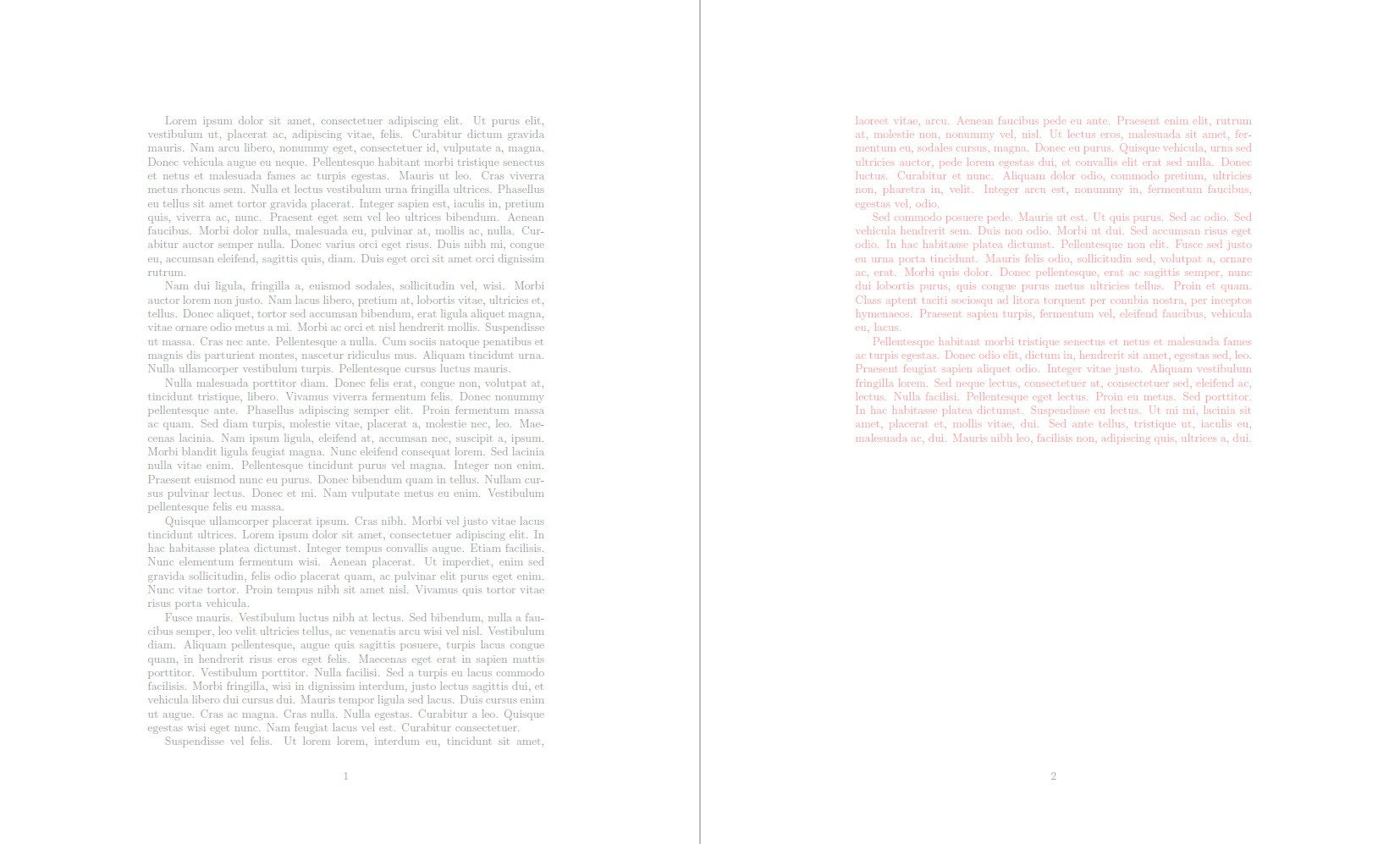 The above approach works if you are only setting parameters at the page boundary (like a color change). It does not work for setting actual text, as the page margins are not properly set at the moment of a page-hook execution. However, there are other ways using a similar approach.

For something more complex, this will place a figure after page 3 (at the top of page 4). The key here is that using a page hook to set a \gdef will occur at a page boundary, and allows that parameter to be tested within the document. I do the test with an \everypar. 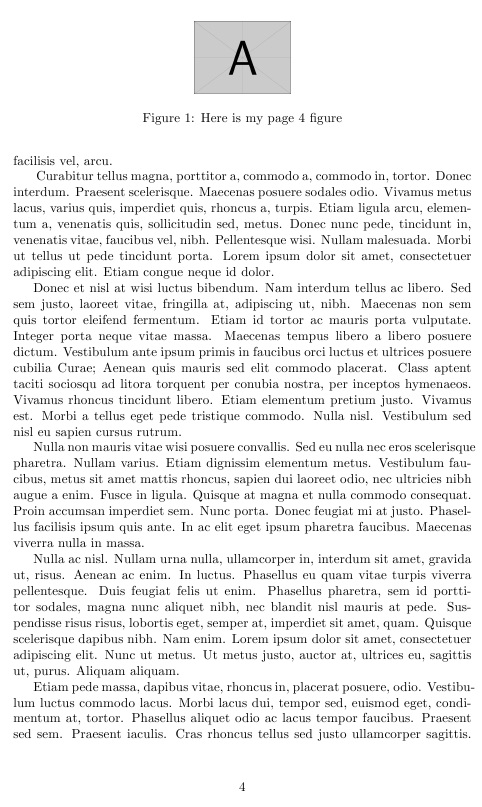 And finally, a comparable beamer example (not requiring everypage since \frame occurs but once a frame), in which I tell it in frame 2 to insert a figure at the beginning of the next frame. Here, instead of using \everypar to do the test, as I did in the prior example, I use a redefined \frame to perform the \Action. 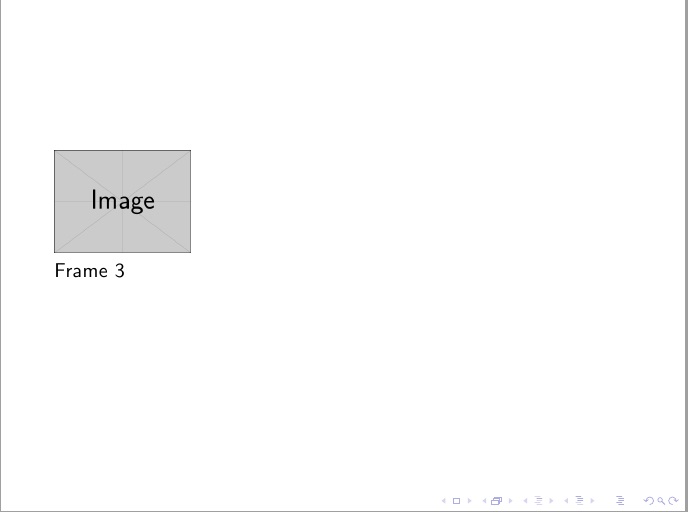 FWIW, in ConTeXt you can use \startpostponing to print content on a particular page. For example, to position text (or float) on the next page, use:

To position text or float on a particular page (say 20), use

There is a cheap answer in the standard LaTeX document classes: When there are no other floats (figures or tables) around, you can use a float to achieve what you want:

2) At end of the current page (i.e. before pagebreak)

When you have to deal with interacting floats, things become much more difficult, I'm afraid.

Not the answer you're looking for? Browse other questions tagged macros page-breaking tex-core page-numbering presentations or ask your own question.

2
Insert text before end of page, and at the beginning of the next page
7
Why are some characters not allowed in command sequences
1
prevent page break after AASTeX deluxetable \tablecomments and the next deluxetable?
1
Frame numbering with multiple frames in a page in beamer
4
How to force new page if paragraph will break?
5
What is an active character's character code in the "eyes" of an \if construct?
0
"Allow page break before the next line" inside lstlisting
0
Under what circumstances does TeX produce a series of tokens with space after a control sequence?