I just want to come up with a rather general question regarding eledmac and typesetting verse. I am experimenting with that issue since while, but I wonder whether there is really a simple way to handle verse in eledmac. I want to typeset a critical edition of a text that is basically a mixture of prose and verse and I have serious problems to control the vertical space between the prose sections and the stanzas inbetween, or the space between a section of several verses. If I use the quotation environment, the space between the stanzas is too big or the line numbers and the text happen to be disarranged. Does anyone have experience with that? Other packages such as ednotes are far more tolerant in this regard, but have other general disadvantages wherefore I would like to stick to eledmac.

This is to add MWE. I met almost the same problem with you. eledmac works pretty well in a file only consisting of proses. But in a mixture of verses and proses, line number is always disarranged and wrong. Sometimes as you said, the space between stanzas is too big or too small. I think it's a bug of eledmac.

The result is as follows:

In quote 45, the space between stanzas is too big or small.

It's obvious that the place of line number 15 is wrong.

You have to use the \stanza environment of eledmac.

I was able to do what you are trying to do by using the \stanza environment and by defining the \startstanzahookcommand to add space before the beginning of every verse, and the \endstanzaextra command to add space at the end. These are custom commands that are automatically executed at the beginning and end of every \stanza, respectively. I used XeLaTeX and fontspec for the diacritics. 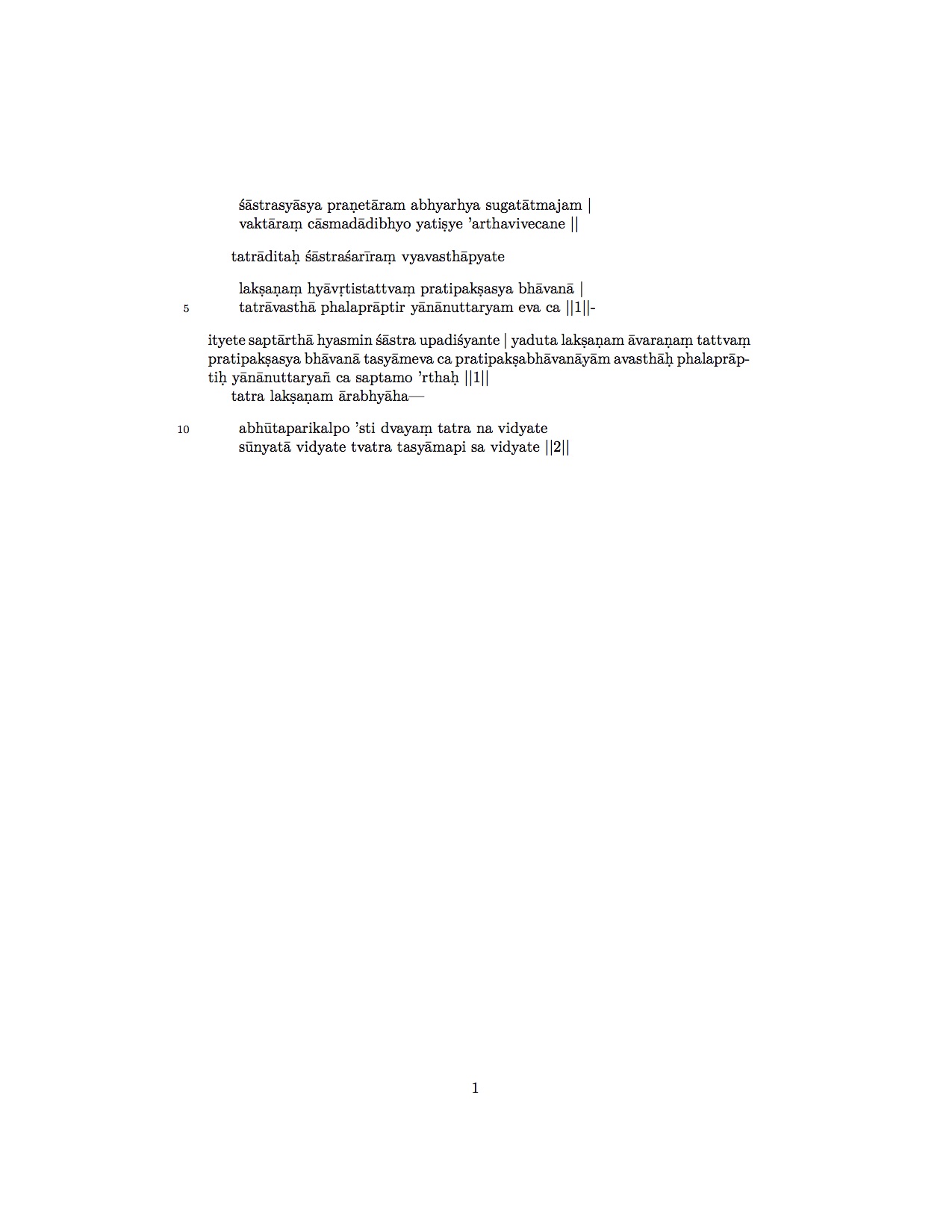 Not the answer you're looking for? Browse other questions tagged verse eledmac or ask your own question.