This is a follow-up to leading package and vertical space between footnotes. Werner’s answer works beautifully, but not with the para option of footmisc. Is there a way to make the line-spacing of footnotes consistent when adjusting the leading of a font and using paragraph-style footnotes?

Here is an example of the problem: 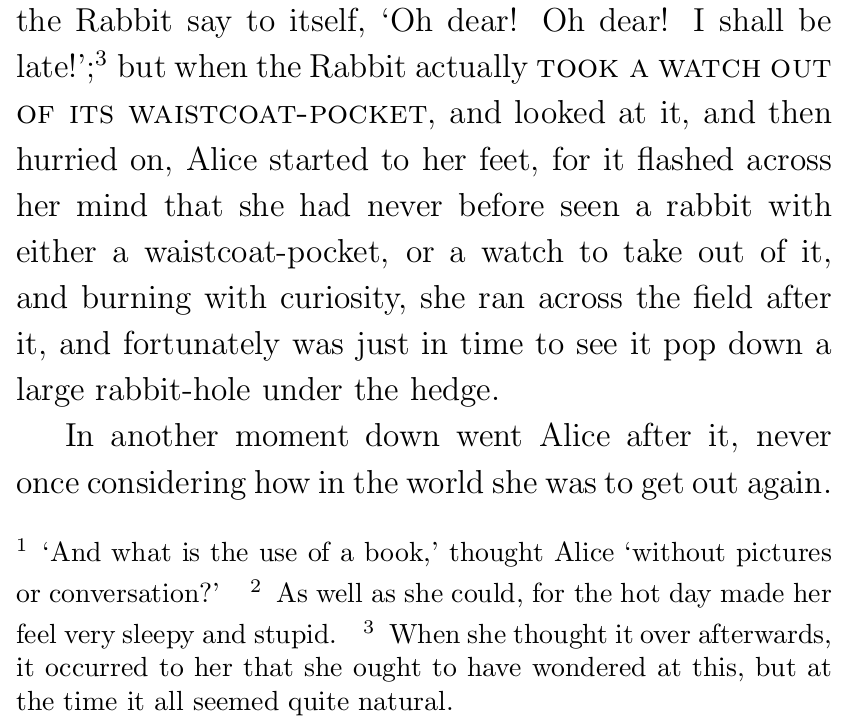 I don't think you need the redefinition from the earlier question. But be that as it may, here is what seems to be the issue:

So what you are seeing is the result of setting the footnote paragraphs with a linespread of 1, but with a \strut appropriate to a linespread of 1.3 at the start of each individual footnote. That throws the spacing off completely.

There are two things you can do:

Not the answer you're looking for? Browse other questions tagged footnotes line-spacing or ask your own question.