I am new to latex and am trying to get my first document working. In my document I have an itemized list and in some of the items I have the word file. When I compile it to a pdf document using pdflatex version 2.9.2 from MiKTeX 2.9.2 updated to latest packages last night,, the "fi" from the word file or profile does not show up when I view the pdf

A sample document with this problem:

Any suggestions would be appreciated.

Your example probably doesn't say the truth about your document. I guess (as egreg in his comment) that in your document you don't have the two chars f + i but the ﬁ glyph and this would disappear as you are using the default font encoding OT1, and this encoding doesn't have glyphs on every position.

Copy this here in an utf8-encoded file and compile: 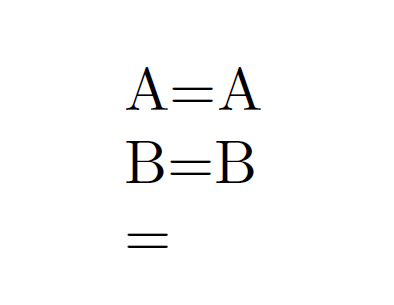 step 1: Now uncomment the fontenc-line: the symbol will apppear, but the ä won't be printed correctly. 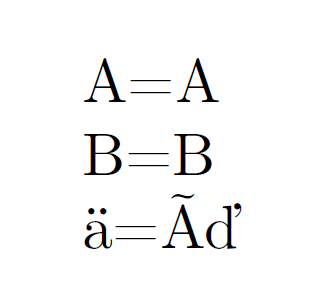 step 2: Uncomment the inputenc line and now the ä will be okay.

step 3: Uncomment the ﬁ line: You will get an error, as latex doesn't know this input glyph.

step 4: Uncomment the last two line in the preamble: now the ﬁ works too. 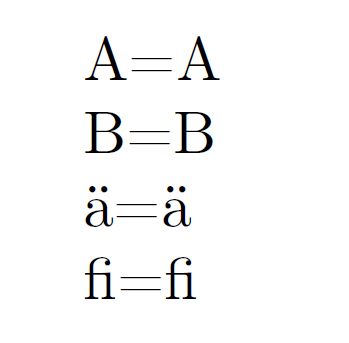 Not the answer you're looking for? Browse other questions tagged lists or ask your own question.

3
Enumerate and itemize undefined + captions not working
14
aligning a multiline formula with the bullet of itemize
12
How to make itemize/enumerate/description environment robust to missing \item elements?
2
Line break after description label
7
Getting shaded boxes in lists to indent
4
How can I create a better pseudo-enumerated list unconstrained by any environment
0
Error in aligning text in bullet style
2
latex missing “\item” when using itemize
5
Is there a method to change inter-item gap?
3
How to adjust default horizontal and vertical space such that it meets following requirements (related to \parshape, custom list and picture spacing)?