No checked Checkbox on hyperref package

Look at the following MWE.

A checked checkbox should appear, but it isn't.

Where is my fault? Did I forget anything?

This is not meant as answer itself, but rather to show that it works

The checkboxes are checked initially, I used TeXLive 2014 on Linux 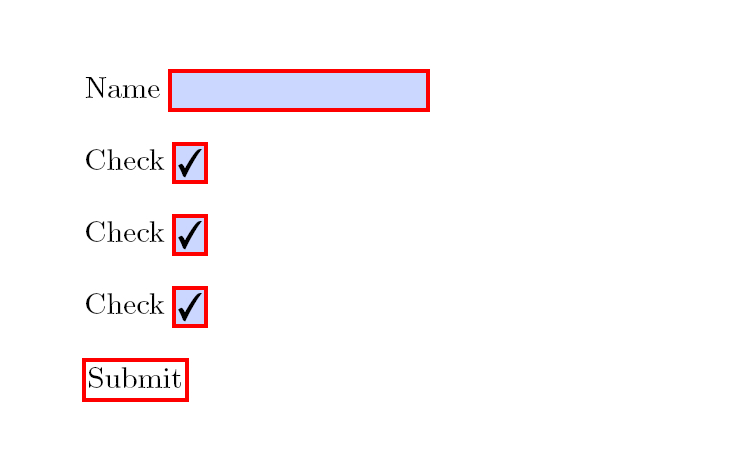 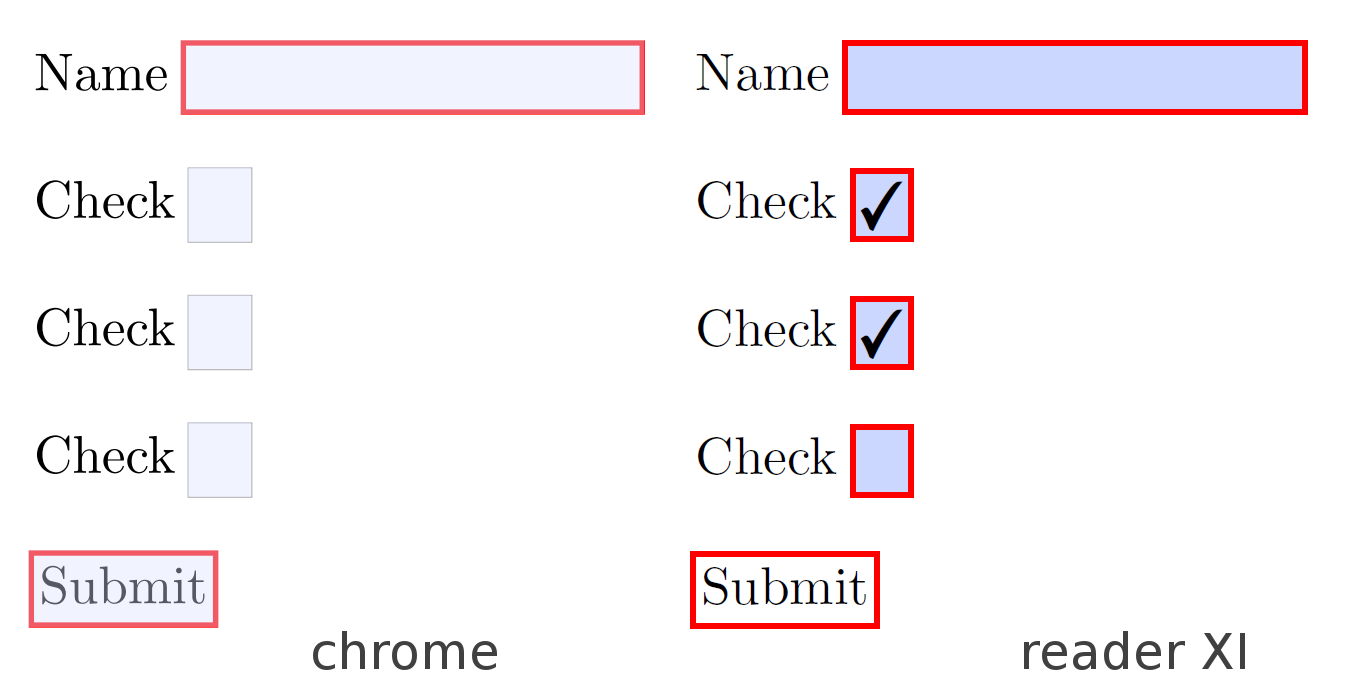 It seems to me that the first 2 checkboxes should be checked as Adobe Reader 11 shows, or am I missing something? The 3rd checkbox has no checked attribute and can only be checked if the document default is set as checked. Is that right?

I don't know if we have the same problem, but it seems to me that Chrome may be missing its font for the checkmark. If I click on one of the check boxes in Chrome I get a red border, maybe indicating it now isn't selected. If this is the case then Chrome recognises 3 checked boxes, so I'm a little confused. Setting the 3rd checkbox to false has no effect on either Chrome or Reader.

Since Reader 11 works for me and not for @Christian Hupfer I'm wondering if this may be a font issue. Maybe some systems have the font and others don't. From the pdflatex terminal I see the font for C:/Program Files (x86)/MiKTeX 2.9/fonts/type1/urw/zapfding/uzdr.pfb is installed. The checkmark code in zapf dingbats is the same as the number 4 in other fonts. I recall reading that someone else was complaining in an Adobe forum that instead of a nice checkmark, they got the number 4 in its place, which makes sense if a wrong font were substituted.

So does Chrome PDF viewer not recognise the zapf dingbat font and default to nothing? And if @Christian Hupfer's Reader 11 doesn't recogise the zapf dingbat font and mine does, what is going on? My Windows Fonts folder doesn't have these fonts and neither does my Adobe folder. Under Document Properties/Fonts in Adobe Reader (displaying this test code) it shows ZapfDingBats as included but not embedded, and the actual font used in it's place is AdobePiStd. Downloading and installing zapfdingbats into the Windows Fonts folder did nothing (not attempting a reboot of software or system).

After checking out @Werner's answer to changing the default symbol in radio buttons I tried a small experiment by combining @Werner's code with @Christian Hupfer's. Under Reader 11 both sections performed as expected, but under Chrome PDF viewer radio button symbols were displayed and checkbox symbols weren't. Further to that, Chrome could not accept more than one symbol definition on a page and had a smaller number of supported symbols. Evidently Chrome is finding the font but errs in it's use, therefore it's not an issue of not finding a font to use for zapf dingbats.

In my case I'll file a bug with Google or Chromium and give up on its use for now. With @Christian Hupfer's findings on Reader 11 there's still a problem to solve here.

Not the answer you're looking for? Browse other questions tagged hyperref forms or ask your own question.

7
Changing the defaut star in radio buttons in PDF forms
3
How to create a document containing forms?