This is a question originally asked on stackoverflow, but it seems to receive no attention and answers there. Since it's related to LaTeX, I'm posting it also here hoping to receive some hints.

I would like to place the caption above the figure using knitr in Texmaker. I know that this question has already been asked, and I understand that the solution suggested so far is to use:

But in this way I cannot show the code (given echo=FALSE), while I would like to show the code for R and the graph plotted with that R codes, with the caption above the graph.

This is a bit of a kludge but accomplished what you want. 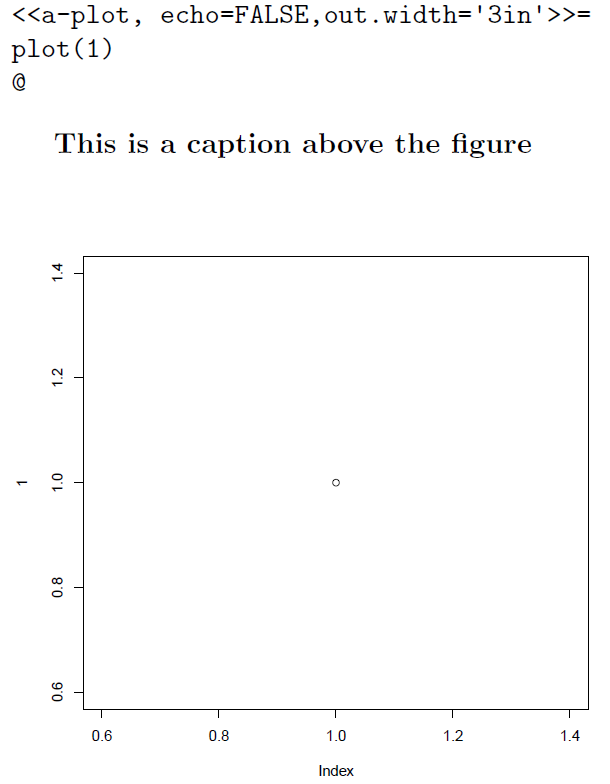 Not the answer you're looking for? Browse other questions tagged captions knitr or ask your own question.

3
How to debug if Knitr quits unexpectedly when composing tikz figure
0
Capturing final figure caption using knitr
4
hyperref link jumps beneath table's top caption when floatrow is included
1
knitr Caption figure without number
5
Use a LaTeX expression in a knitr figure caption
1
Implementation of caption below figure does not work at all, error
2
Error using a command with argument in brackets in listing caption
4
Beamer: left-aligned caption of centered figure