Conflict between UTF8 and UTF-CJK

I appear to be having a conflict with font encodings. I am currently using LyX 2.1.1 (under Linux Mint 17). I have Chinese text scattered throughout most chapters, but I receive the following error when exporting to PDF:

To be specific, as you can see, only the chapter title seems to generate this error. When I change the encoding to UTF8 (Document > Settings > Language), I then get an error with the Chinese text:

This was not an issue under LyX 2.0.6, though at the time I used a cumbersome ERT inset; under 2.1.1 I just change the Language to "Chinese" and change the input on my computer to Chinese as well.

Clearly, the issue seems to stem from something with \@chapter, but I don't know why this is suddenly a problem.

Unfortunately, I don't know if I can provide a MWE: this is a multi-chapter dissertation with master and child docs. Still I'm hoping some folks have some ideas that I can try out.

If there are any enterprising folks that want me to send the document to look at, I am happy to do so!

Looking at the source, here is the bit causing trouble:

And later, when Chinese is used:

As you can see, the encodings seem to switch back and forth correctly, though the bit of code above

Seems strange to me because \chapter ends up "as" CJK.

Actually, that last comment (below) is not entirely true; that unusual coding is not present when I change the encoding (Document>Settings>Language) to "Unicode (utf8)" rather than "Unicode (CJK)(utf8)". However, then the CJK text throws errors as "not found", which is still odd because in the preamble it has this code:

which I would think covers the CJK text. I think LyX adds this line because it detects that I've used "Chinese" in the document.

I have now tried a work-around based on egreg's answer below, and changed the beginning code to:

Here, \begin{CJK} is not incorporated into \chapter, but now I get an error for the Chinese text even though I have the encoding set to "Unicode (CJK)(utf8)"!! Makes me think it is actually a problem with the CJK font family as egreg points out. Not sure why mine is set to {GB} rather than {gbsm} which worked previously.

My impression is that LyX is overzealous in doing encoding switching. But

is simply wrong code that can't work with any trick whatsoever.

If you plan to use CJKutf8, the document encoding should be UTF-8, of course, and not Latin-9. How to set this up for LyX is beyond my knowledge. The following code works.

Note the font family in the argument to \begin{CJK}. 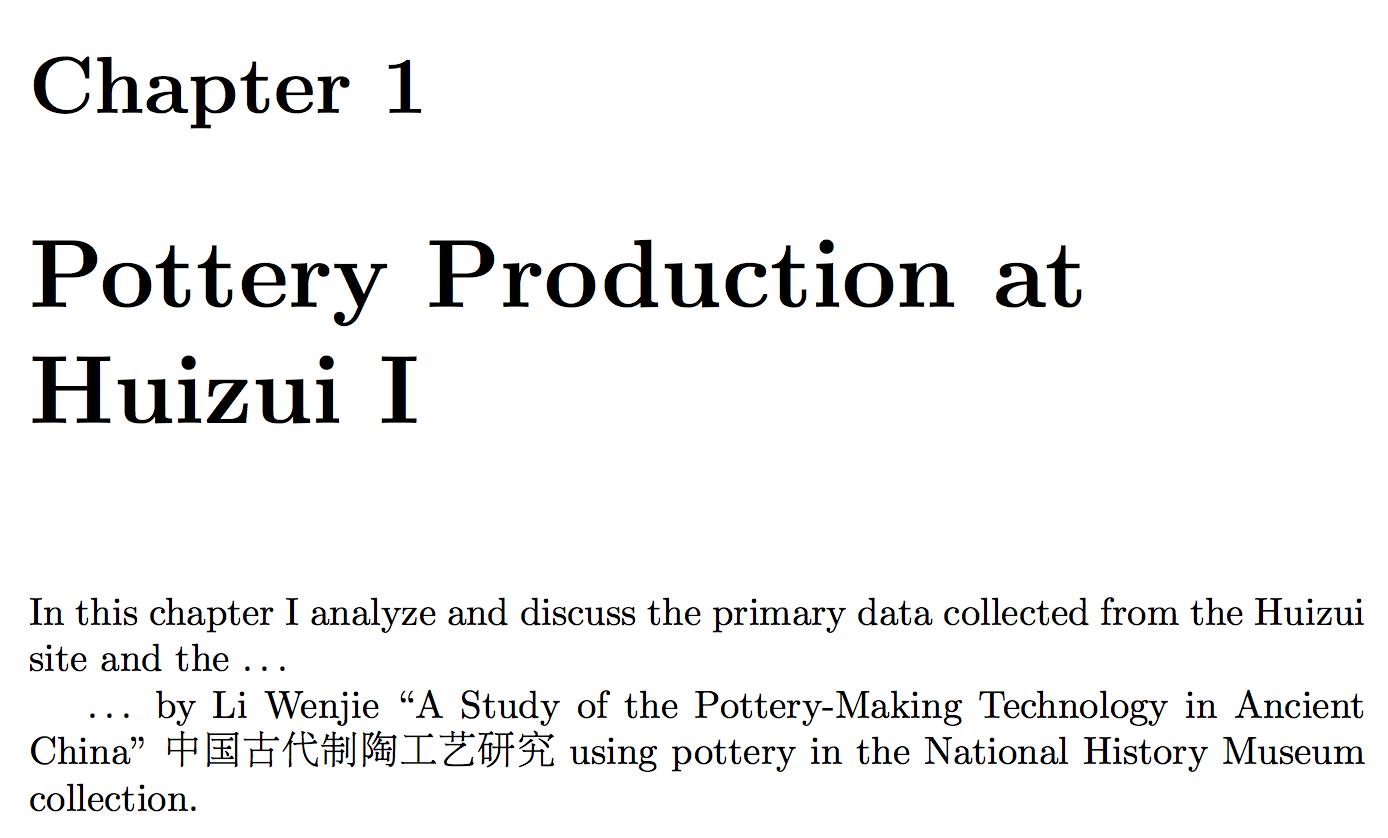 Not the answer you're looking for? Browse other questions tagged lyx font-encodings cjk or ask your own question.

0
How can I input UTF-8 CJK character in .sty file
5
Diacritics inside an Epigraph in LyX
2
CJK and code highlighting
2
Inputenc error in bibtex during pdf output
0
Does Lyx support exercises throughout the text of a textbook whose solutions are written after each exercise but printed at the of the textbook?