Derivative of a tikz path?

I would like to draw curves that are smooth and have linear segments. These curves are to be used in the graph of one-dimensional functions, x(t). [To be used as position vs time graphs in writing homework problems for introductory physics.] Example: 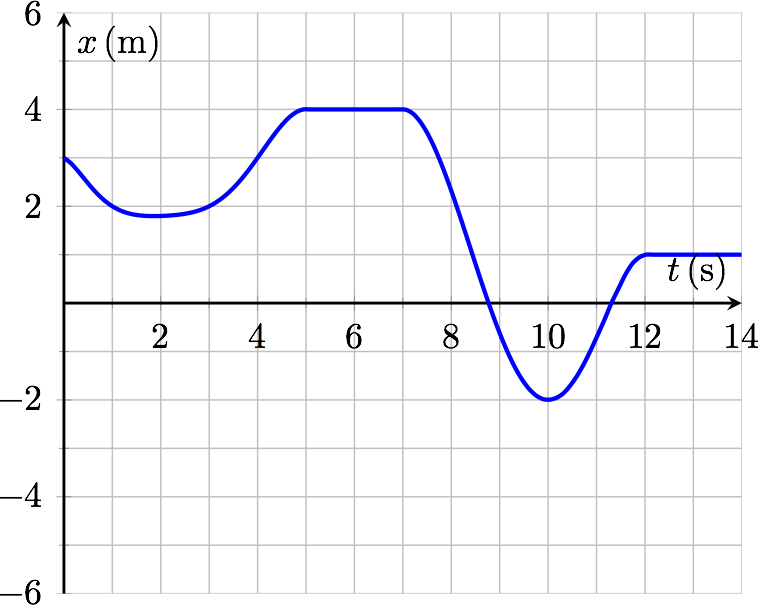 I would like to draw these plots by specifying that the curve go through particular points with particular tangents. This question very nicely implements exactly what I've described so far Implementing a syntax: Smooth curves with specified points and tangents.

However, my goal is to use these curves in plots of one-dimensional functions x(t) and would really, really like to be able to generate from them curves of the derivative x'(t). Is this feasible within tikz?

(I made the example graph above with pgfplots. The function is a piecewise function I constructed in Mathematica. This approach would certainly work for me, but the process is a bit of a pain. I plan on making sufficiently many problems using graphs similar to this that I would really like something more efficient. The code is below.)

Update Both of the answers below draw the derivative by constructing an explicit mathematical function for original curve, then taking its derivative numerically.

I would really like to avoid constructing an explicit mathematical expression for the original curve because, for graphs like the one above, I find the expressions unwieldy and unnatural to generate. I would much rather generate the original curve via the method outlined in Implementing a syntax: Smooth curves with specified points and tangents or something similar.

My question is: without an explicit mathematical expression for the curve, is it feasible within LaTeX (probably via tikz) to draw the derivative.

For example, given a path

could you draw its derivative? (Restricting our attention to paths y(x) that are single-valued functions of x).

The easy way out is to fake the derivative; 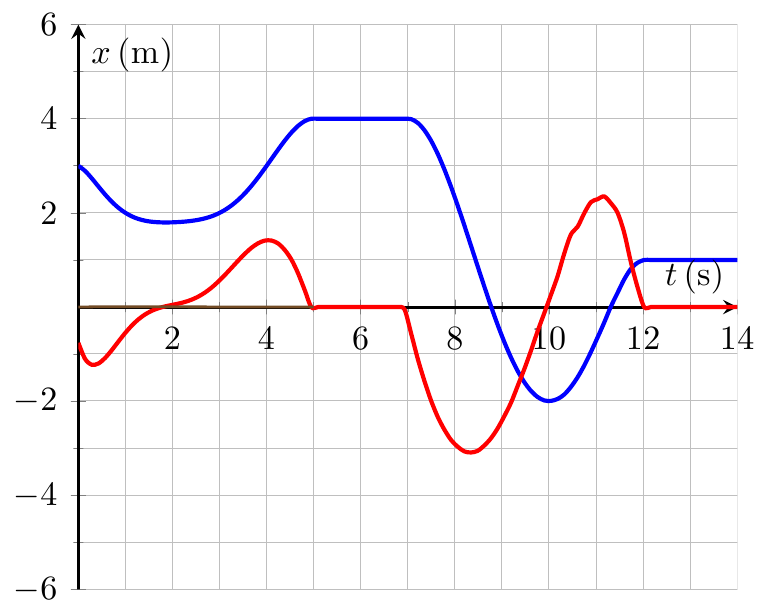 A decoration for TikZ paths. It's relatively accurate but of course, it is depending on sane inputs for the function with not so steep bends. 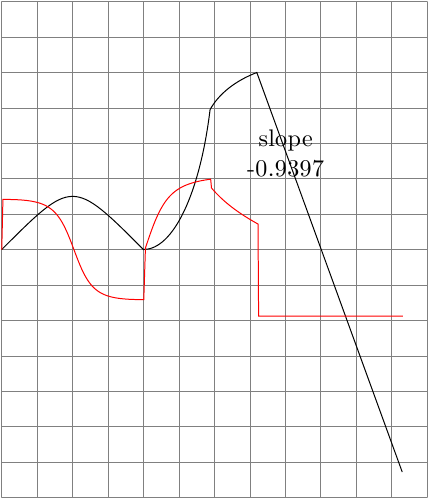 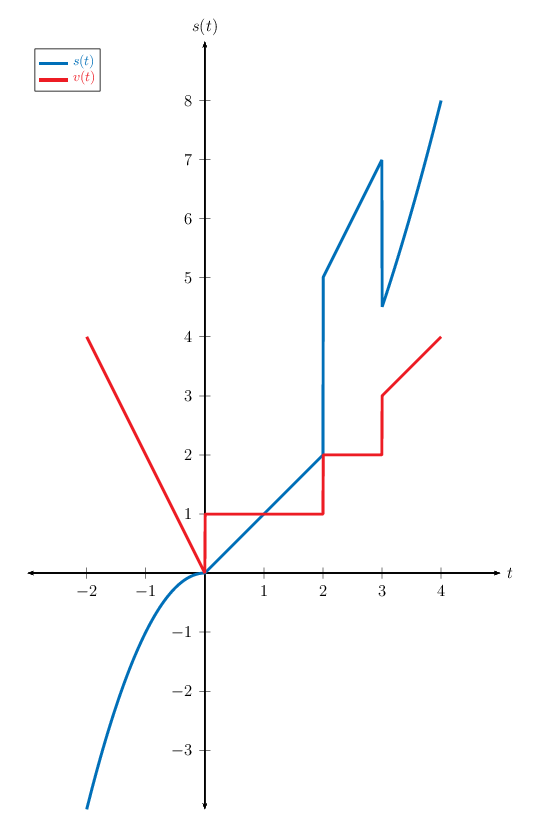 Keep in mind that the vertical lines must not be regarded as the part of the graph.

38
How to draw tangent vectors and component vectors on a curve
25
Implementing a syntax: Smooth curves with specified points and tangents
-5
How I can create a graph of acceleration and speed - tikz?

22
Smooth curve through points with pgfplots
16
Add arrows to a smooth tikz function
4
How do I make a Bezier curve with control points in pgfplots
5
Draw a smooth closed path with tikz ( the simplest way )
5
TikZ - how to draw a gradient between two curves - not necessarily functions
4
Using hobby package to plot bezier curves through a set of data points in a .dat file
1
Draw curve in the plane by using tikz
2
Same style with gnuplot than with normal graph with TikZ
1
Plotting a curve using "plot function" Vs Bezier curve (Method of tangents)