I'd like use the \dfrac command in a bmatrix environment as follows:

Unfortunately, one gets pretty ugly spaced elements that do not entirely fit between matrix brackets

Without specifying magic line skip values, what is the proper way to fix this problem?

You can stick some \struts in there (the height+depth of a paren):

This answer consists of three parts:

You have two issues here:

Issue #2 is in fact by design since you have a default \delimitershortfall of 5pt, which means that at most 5pt of the entries are not "covered" by the brackets. Thus, an easy solution (with manually adjusted vertical space, as in the first part of Gonzalo's answer) would be

(The redefinition of \delimitershortfall is local to the displayed formula.) It is interesting to note that adding much less vertical space, say 0.5ex, has no effect whatsoever; I will explain this near the bottom of the answer.

If your matrix has a lot of rows, adding \\[2ex] every time is annoying, and it becomes a nuisance when you want to adjust the spacing. In this case, percusse's idea to use \arraystretch is great in principle. The problem is, as percusse discovered: \arraystretch adds more space at the top of the matrix than at the bottom. This becomes very obvious if you take a large value, say \renewcommand{\arraystretch}{2.5}:

Gonzalo offers a manual adjustment for this in the second part of his answer, but it would be nicer if it just worked out of the box! The cause for the peculiar behaviour of \arraystretch lies in it's implementation, which is suitable for text arrays, but not for math arrays as I'll explain at the end of the answer.

Note that with \arraystretch you usually won't have to modify \delimitershortfall any more! The code works by hacking into LaTeX's array and needs etoolbox for patching \@mkpream.

Why is the default spacing so ugly?

The reason for the slight overlap is that \partial sticks out of its bounding box a little; in the image I show only the top and the bottom:

But why are the two fractions just put on top of each other by default? The reason lies in the implementation of bmatrix, which is based on the LaTeX array. (The plain TeX \matrix would put a vertical space of 1pt between the fractions!)

Moreover, I can explain why \arraystretch adds too much space at the top of the matrix: LaTeX increases both the height and the depth of the \strutbox by the factor \arraystretch. Now the point is that the height (8.4pt) is much larger than the depth (3.6pt), so with an \arraystretch of 2, 8.4pt are added at the top of the matrix, and only 3.6pt at the bottom. For a text array this should be OK, but in a matrix things tend to be centered vertically with respect to the mathematical axis (like fractions and integrals), so when they get large, they have equal increase in height and depth.

What I don't know is why the above implementation of array was chosen in LaTeX. I guess that for text arrays it makes a lot of sense, but it appears that it's not optimal for matrices.

You can use the optional argument of \\ to add vertical space and some zero-width rules to increase the length of the delimiters:

I don't know, however, how "robust" this definition will be.

I use the following frequently which might be what you wish. But it still lacks the extra space at the bottom.

The tabstackengine package allows you to set the baselineskip explicitly. 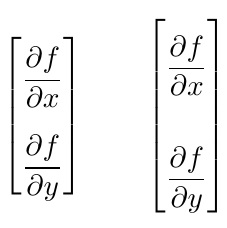 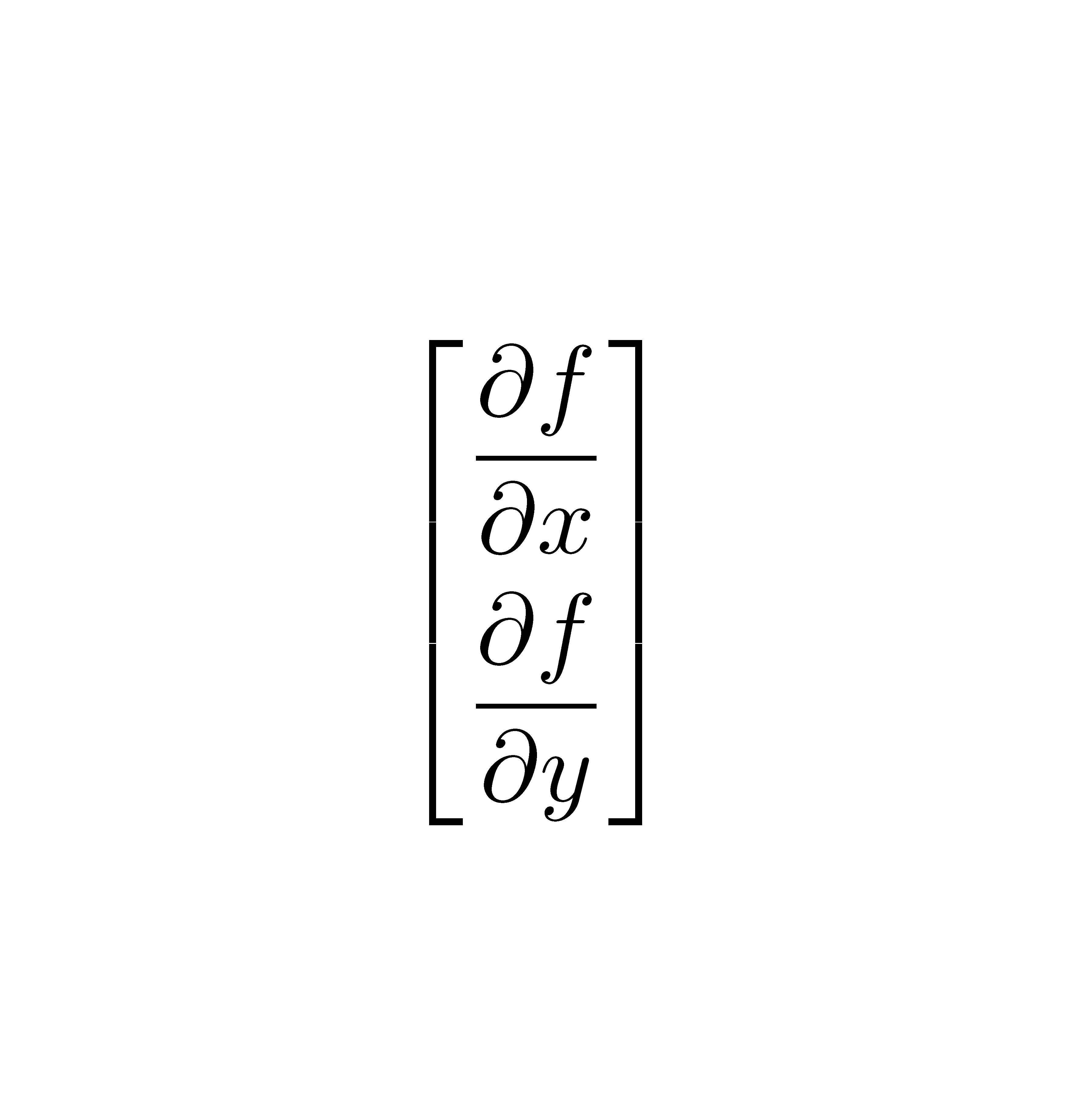 Another solution: load the cellspace package with option [math]. It lets you define a minimal vertical spacing at the top and bottom of cells in columns with specifier prefixed with the letter S (or C if you load siunitx, which already defines an Scolumn type). The [math] option extends this padding to the various matrix environments from amsmath.

Another interesting (and complementary) possibility is the \mfrac command (medium-sized fraction, ~80 % of \displaystyle) from nccmath. 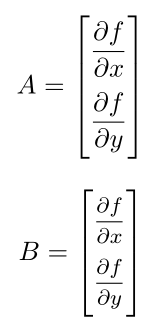 In the following example, I define a new environment +bmatrix using the new LaTeX3 package tabularray. You can also adjust the rowsep in the optional argument. 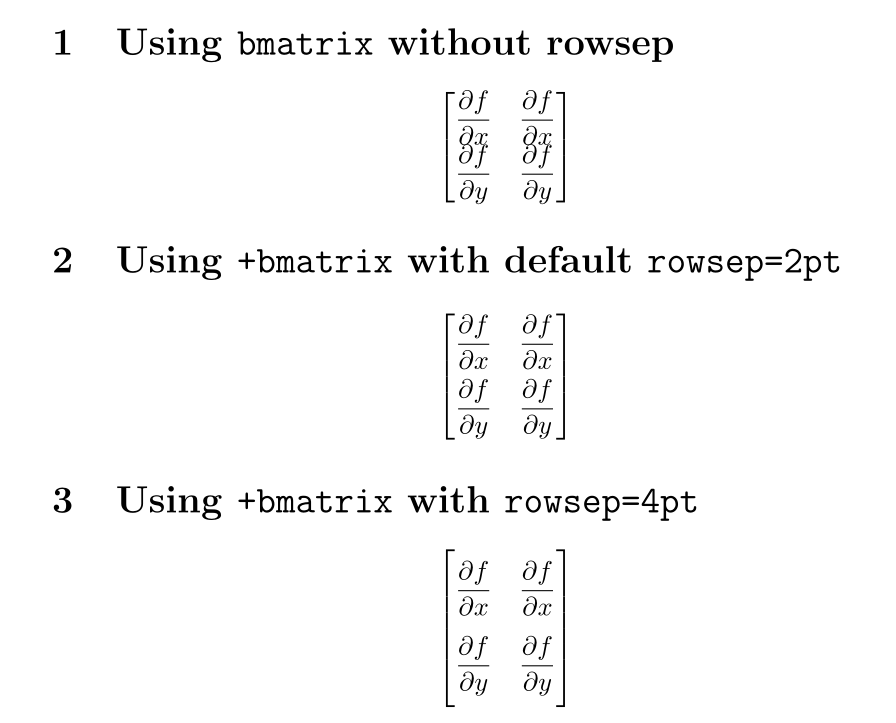 Not the answer you're looking for? Browse other questions tagged math-mode spacing amsmath matrices arrays or ask your own question.