I am trying to take some notes in the margins, that will appear in the printed edition. I hope to use adjmulticols to adjust the margins for two column text in the document so I can save space. Unfortunately the causes the marginnote to collide with my text here is an example:

This produces the following output, which is obviously not so good. As a side bonus, how do I get this note to be on the other side? I know it should be easy, but I haven't found it yet in the docs. 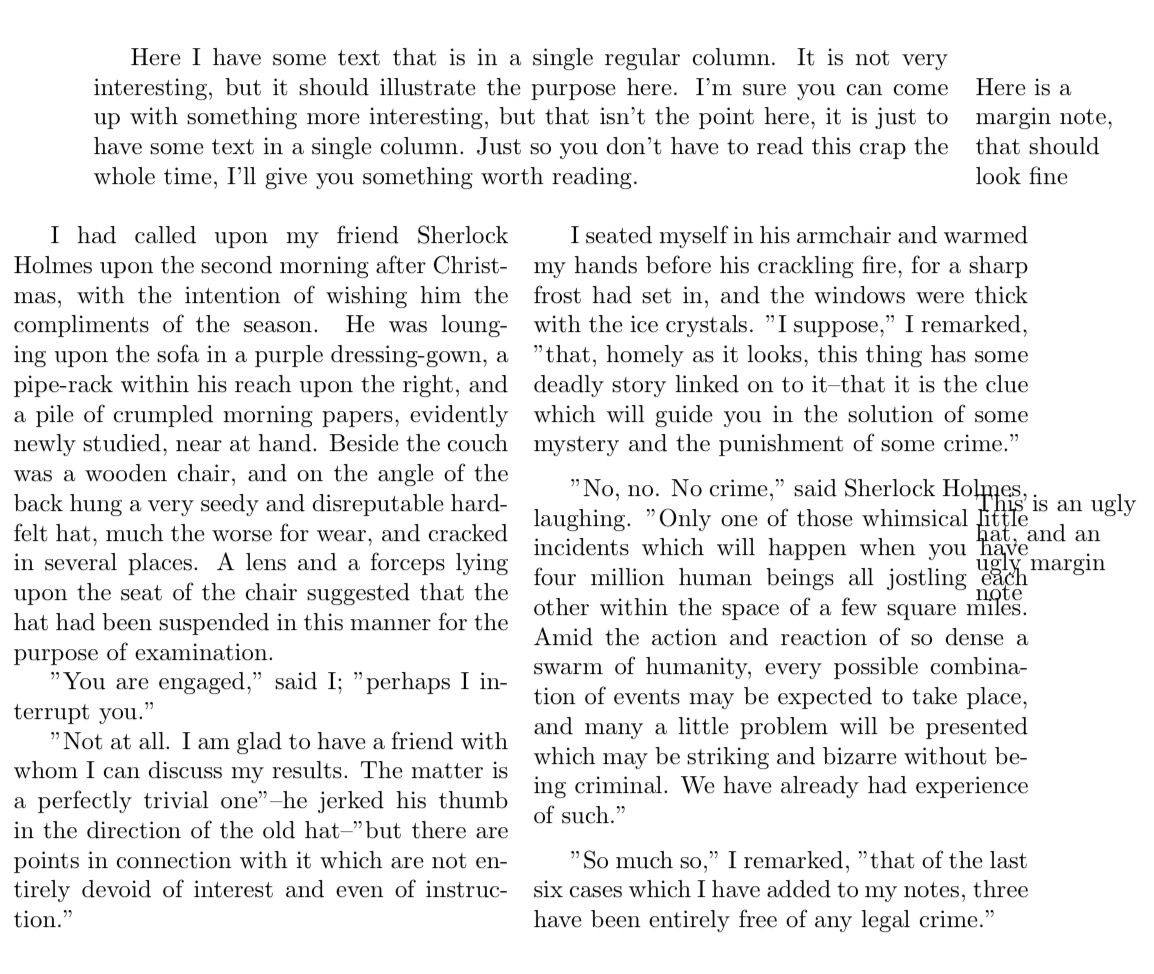 This solution provides a possible workaround. Use of adjustwidth from changepage package. Within an adjustwidth environment the left and right margins can be adjusted. The environment takes two required length arguments: 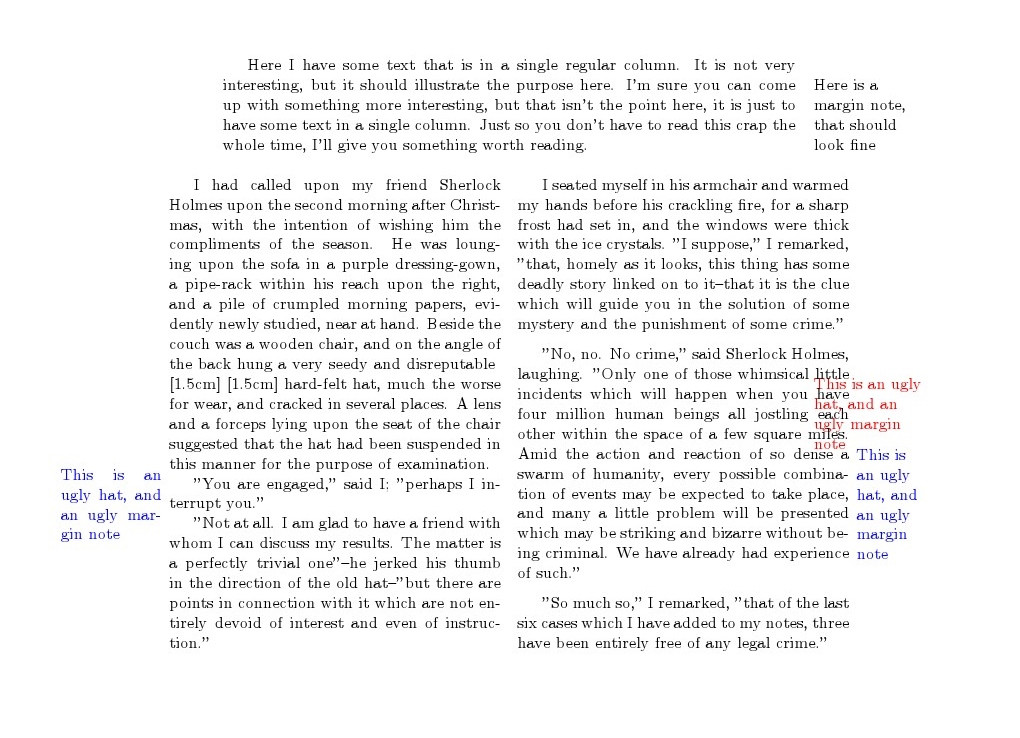 Not the answer you're looking for? Browse other questions tagged margins multicol marginnote or ask your own question.