How do I output “dumb” apostrophes with the sffms package?

I'm using the sffms package to typeset a book manuscript (using the version of the package shipped with TexLive 2013 on a Mac). I want to output both double and single quotes so they are "dumb" or straight quotes, rather than the typographic quotes normally output by LaTeX. sffms has a "dumb" option to output straight quotes, but it only affects double quotes, not single quotes.

I found a suggestion on how to get sffms to also output straight single quotes, by adding this to the preamble of my document:

As far as I can tell, this overrides an rquote and lquote macro that is defined in the file sffdumb.sty file that is part of the sffms package.

However, it did not work for me. pdflatex output the following error:

Is there a way to get straight single quotes with the sffms package?

I added \usepackage{textcomp} to the preamble, which does the job, but this error was generated when building the PDF:

Redefine in a more sensible way the active characters: 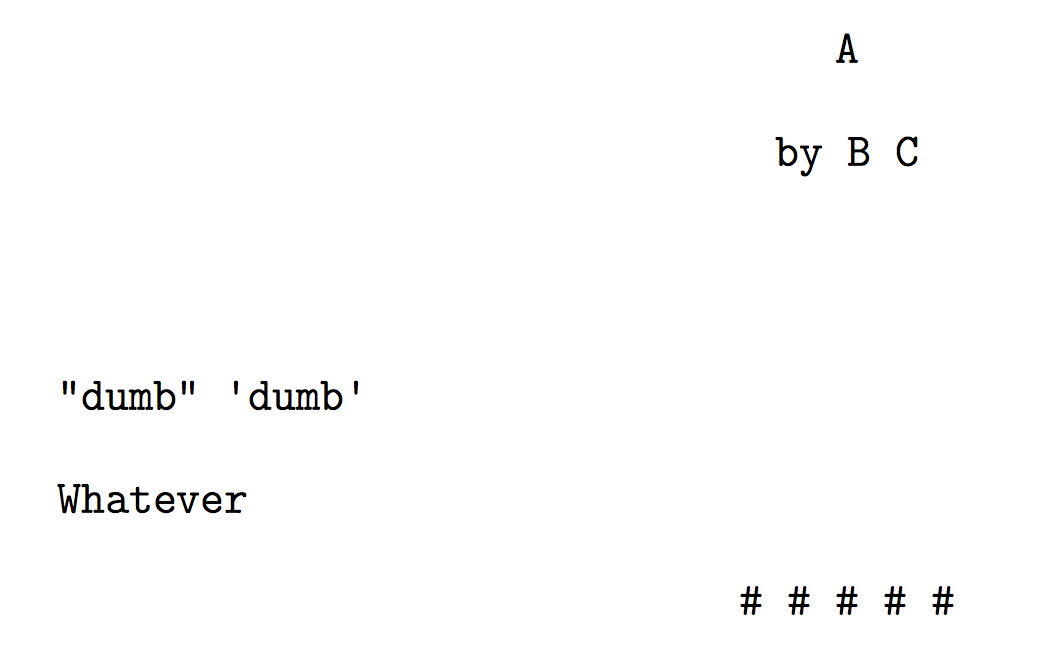 or without the option [courier]:

Not the answer you're looking for? Browse other questions tagged macros font-encodings or ask your own question.

9
What is wrong with cyrillic package?
6
How to render the definition of a macro on the PDF output?
2
`\pounds` misbehaving with the `eulervm` package even in T1 encoding
9
How does LaTeX know which of multiple loaded output encodings to use?
1
package chemnum incompatible with [T1]{fontenc}?
1
Generate list of macros in the output
1
Typeset Greek Words
1
How to define shorcuts for the tasks package with \def?
1
cut letter with package T1 fontenc