How to get figure counter to follow theorem counter?

The numbering goes Chapter.Section.theorem. So it will go like this:

However, the figures don't seem to follow the counter. The first figure (in section 2.4) is number Figure 2.3 ... So I'm trying to get it to fall in line with the rest so that it would look like:

Any suggestions? I put all the code that I think is applicable below. Let me know if you need more/something else...

I've attempted the \let\c@theorem\c@figure but that doesn't seem to work. 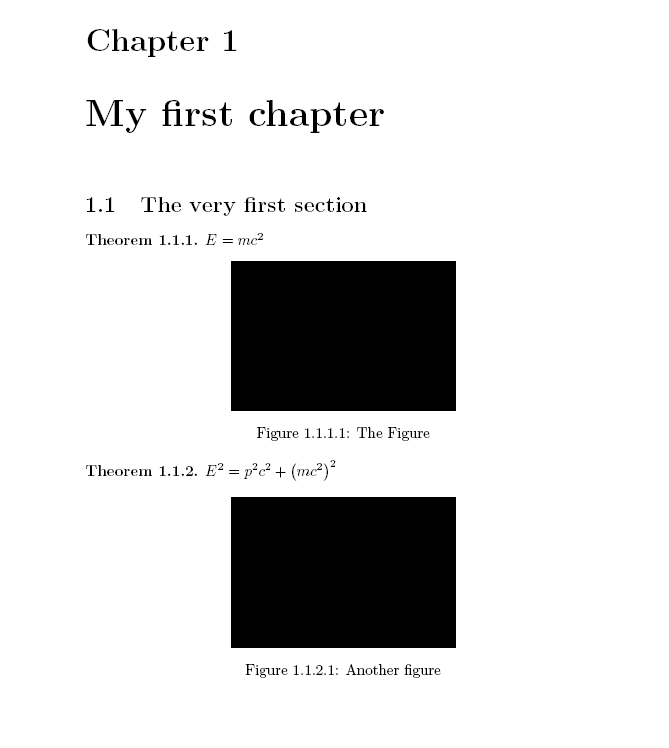 Not the answer you're looking for? Browse other questions tagged floats numbering or ask your own question.

74
Theorem/Definition/Lemma problem — Numbering
1
Error in numbering theorems in section zero of a chapter in report
4
Change theorem counter in Springer template
6
Theorem numbering in an unlabeled section at the beginning of a chapter
7
How to number Corollaries by Lemmas
3
Numbering of newtheorem
0
Numbering chapters, sections and subsections continuous after figure label, not the document
2
Changing the numbering in appendix
0
How I can change the numbering of Remark in my thesis?