I still don't see (and haven't thought about) pros and cons of making available the arguments as \foo{…} or \foo\bgroup …\egroup (or even unbalanced, \bgroup …} and {…\egroup). But I'm curious about enabling it for certain commands (in a way that, for instance, you could create environments from commands).

Another option I thought about is a command like

In any case any thoughts about why and why not are useful this kind of commands would be welcome.

And, in a similar way… how are (usually) handled commands that do look for a “closing” token, if the token is not visible. Like

The question gives me a sense if it is read from its end: give the possibility of creating a macro which expands its parameter during parameter scanning. Then the variants } or \egroup as a delimiter of the parameter is serviceable.

I've created the \eparam macro with this syntax:

The parameter-text is equal to real-parameter-text enclosed by braces or by another control sequences declared by \eparamopen and \eparamclose.
Example:

The main point of the \eparam is that it prepares an Expanded Parameter. The real-parameter-text is expanded during parameter scanning like by \edef. This means that all expandable primitives and macros are expanded during the parameter is read. Unexpandable primitives do nothing in this time (like \edef) so you can do reassigmnent of registers/macros inside this parameter but without any effect for parameter scaninng. This is main difference between this case and the \hbox {...} primitive syntax.

The separator declared by \eparamclose can be hidden in a macro. Example:

The first open brace or delimiter given by \eparamopen is optional. I.e. you can omit it:

The parameter is always balanced by braces. This means that the delimiter declared by \eparamclose does no effect inside inner braces pair (like normal parameter scanning):

The implementation (or wipet's sorcery :) and little tests follow.

Edit: I did do a small modification of the code in order to solve the last demand from the question:

Of course, the delimiter declared by \eparamclose cannot be found in nested macro in such case.

The syntax rules of TeX allow for certain primitives to have an “argument” delimited by \bgroup or \egroup. The main examples are

This is the basis where, for instance, \halign LaTeX builds tabular on: with \begin{tabular}{<arg>} the argument is transformed into a suitable preamble for \halign and then, besides other things irrelevant for this discussion, TeX executes

and, when \end{tabular} is found,

is performed. The \vcenter can be \vbox or \vtop depending on the option given to tabular. Of course, this possibility is exploited also in lrbox.

where <filler> is an arbitrary sequence of \relax and space tokens, { means an implicit or explicit token with category code 1 (so either { or \bgroup) and <right brace> means an explicit character token of category code 1.

Examples of primitives with this are \uppercase, \message, \write and \mark, besides assignments to token registers:

So you can't define a macro based on \uppercase whose argument is delimited by \egroup, but you can do it with \hbox.

Worse, for your plan, is the fact that the replacement text in a macro definition must be delimited by explicit character tokens of categories 1 and 2 respectively.

Note that there is a rule of thumb for knowing which primitives accept \egroup as final delimiter: those where the argument is enclosed in an implicit group (with a quirk about \halign because \tabskip assignments will be performed outside this implicit group). This is the case also for the primitive actions of _ and ^, by the way.

It's impossible to define a general macro whose argument can be delimited by } or \egroup. An apparent argument can, provided the replacement text ends with a primitive accepting \egroup in the first place; \aftergroup trickery can then be used for completing the task. Just to make a silly example, here's an implementation of \vfbox that takes a named color as optional argument: 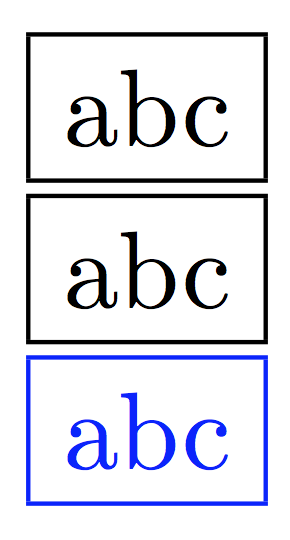 But you can't do it with \uppercase (besides its limitation).

I know this question has created an argument, and some users here think it's not straightforward nor useful. However, as I said in the question, it was curiosity, so wipet's solution does work.

However, I tend to understand much more easier expl3 code rather than the TeX primitives alone (for instance, many macros used here were found just by logic, searching in the documentation for what I thought would be a correct name for the command I was looking for, and I found them).

This is more or less wipet's answer, but trying to bring a little clarity through expl3. I did change some things, so may be it doesn't work; it just seems to work with the examples given.

I did not try at all to find better names for the functions (see my lazyness even in using @@ in the name of the functions to avoid “inventing” something, or using :w everywhere to avoid thinking). I did not find a way of using only token lists rather than the deprecated toks (although I tried, I'm quite unexperienced here). I might even misused expl3 due to my abscence of knowledge. So, anything is welcome. 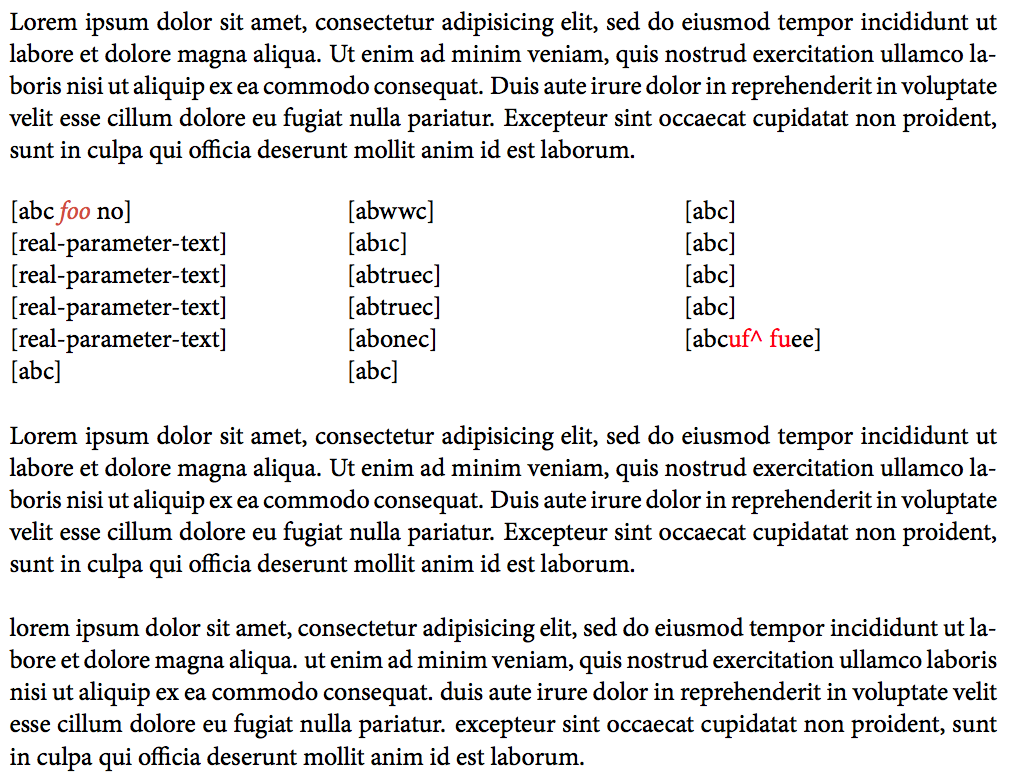 Not the answer you're looking for? Browse other questions tagged tex-core expansion grouping or ask your own question.

8
Macro to close all open environments, groups and argument delimiters
11
Macro parameter delimited by more than one delimiter
5
How are tabular-like environments implemented?

10
\bgroup and \egroup?
81
Why isn't everything expandable?
26
Why does TeX remove braces around delimited arguments?
16
Use \bgroup and \egroup to set some pre and post code to a macro
40
A guide to understanding expandability: when to write protected functions and when not to
5
Equivalent for \bgroup \egroup in LaTeX3
2
Using \bgroup \egroup with \frac
2
What `\cs_new_protected` and `\cs_generate_variant` do?
2
Construct new environment with \bgroup...\egroup