What is the correct expression to exactly divide \textheight into n rows?

I want to create a table exactly occupying the whole printed area with no space left. The table consists of 5 rows per page, as follows. 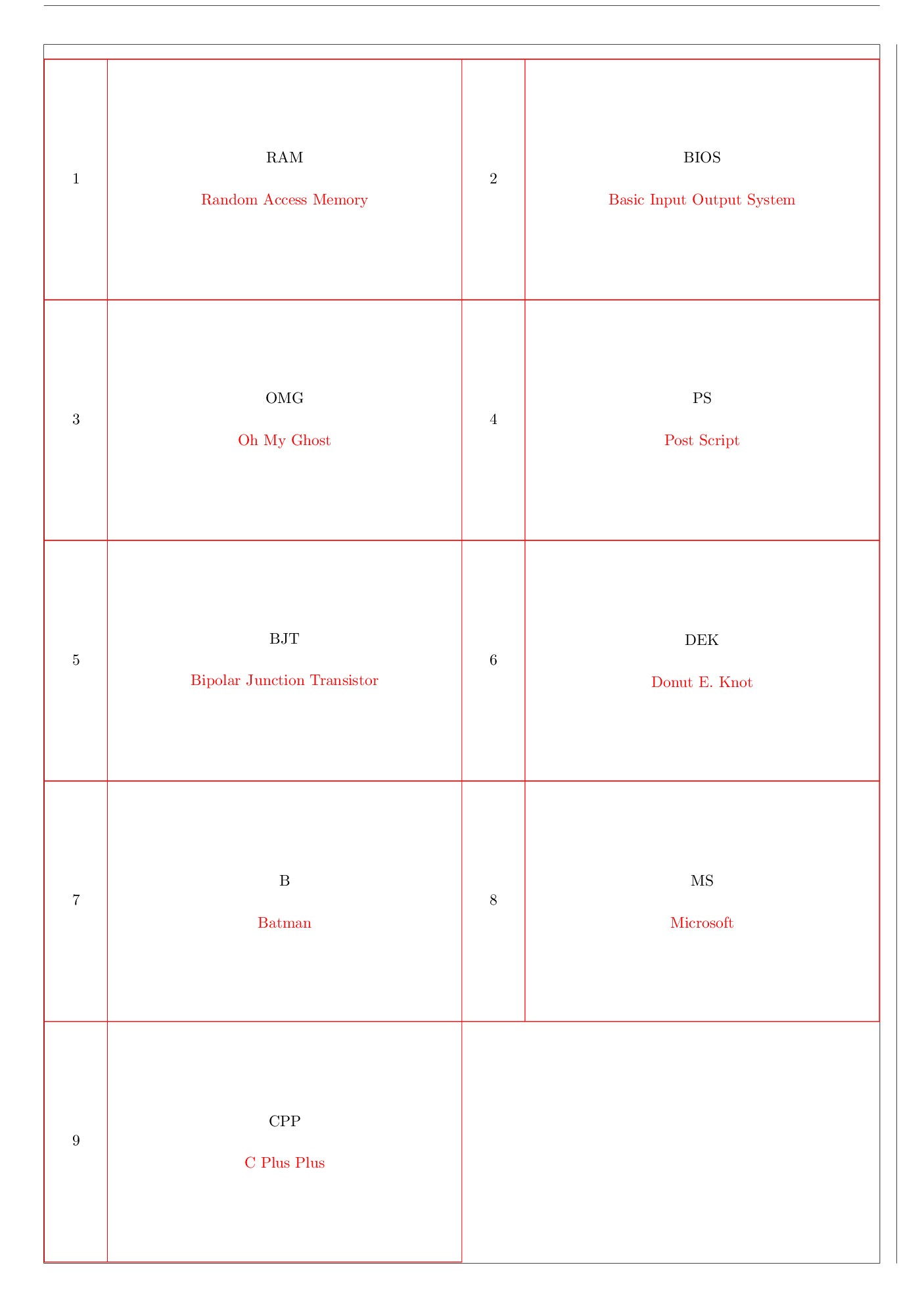 The output has an unwanted white space above the table. It is probably caused by my wrong expression

Shortly speaking, how to fix it? What is the correct expression?

The algorithm of setting \topskip is applied twice by package longtable. Its output routine takes the material from the current vertical list including \topskip in a box and reinserts it to the now empty vertical list triggering the \topskip setting again. Usually nothing is inserted in the latter case, because the height of the re-inserted box is usually \topskip (because of the former \topskip setting). Thus the contribution of the outer \topskip is 0pt then.

And the calculation is done without \topskip:

Also the table should be large enough, to overcompensate the negative spaces. Otherwise the outer \tabskip could become effective.

This sets the value of \topskip to zero temporarily (then \topskip does not matter in the calculation):

The result in both cases: 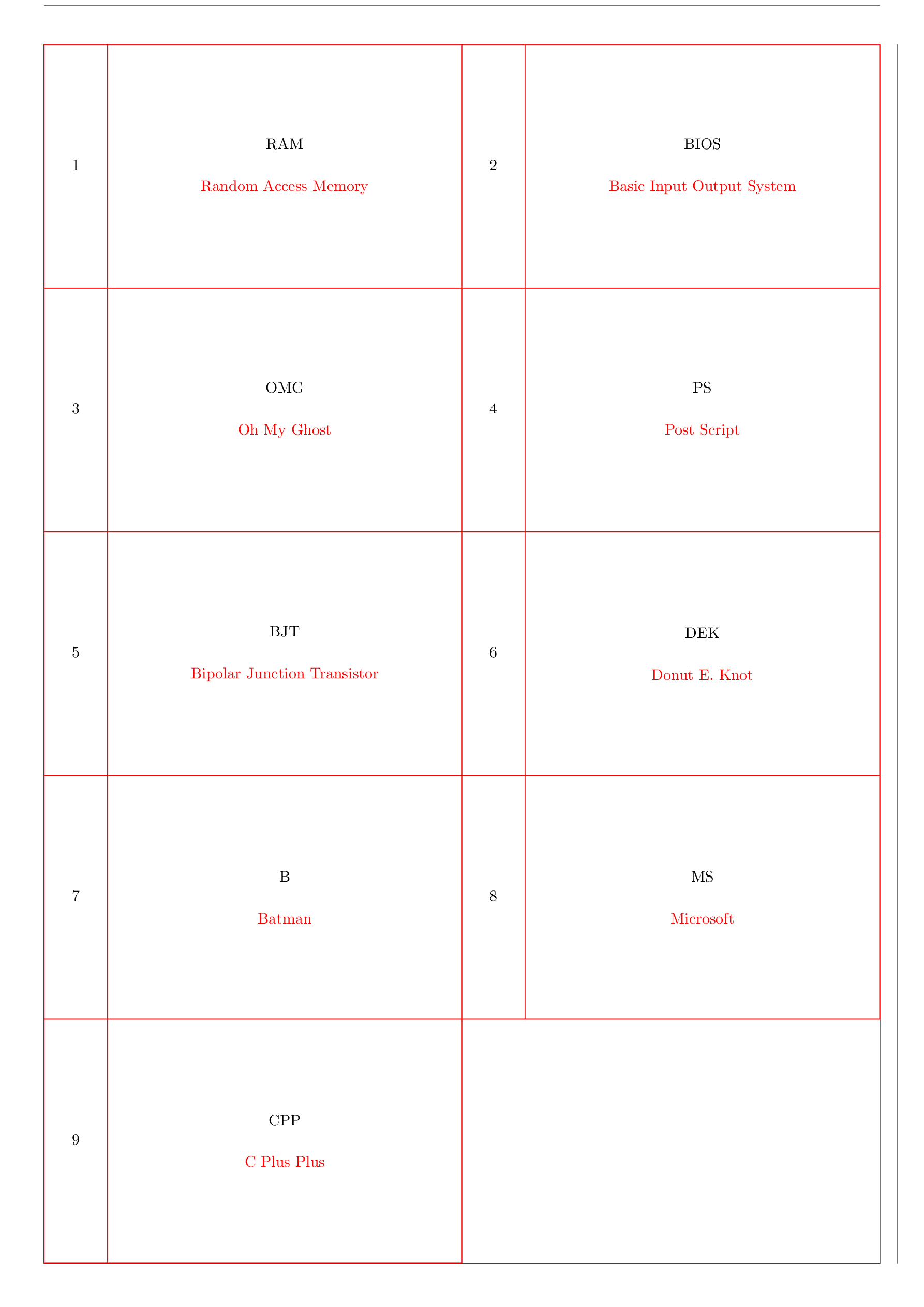 Not the answer you're looking for? Browse other questions tagged tables lengths height or ask your own question.

1
Split paragraphs into table rows
0
How to divide the first row of a table into two rows
5
Changing \textheight in the middle of a LaTeX document
3
Adjusting exact height of the table rows
2
Vertical line gap in rows where I have adjusted the row height
1
cell into rows latex
5
What is the correct calculation to span some columns?
3
Divide long table into two parts.
1
Table with all Rows with the same height