What graphics packages are there for creating graphics in LaTeX documents?

What packages do you use and recommend for creating graphics in your LaTeX documents?

As this is a community wiki post, please add your package to the accepted answer (or add a comment, and someone with >100 rep will add it to the CW answer), and include a brief description of what differentiates it from others and how it can be used (GUI drawing tool which generates code, type in raw text, or generates image for inclusion in document). We'll eventually sort these answers under headings.

I've compiled this list. I don't have experience with most of these, but, if you do, please add more descriptive text to your package. If it does not appear, again, please add it. If you don't have the rep to edit, post it in a comment and @ messgage myself or the last editor. Also, if you feel that a certain element should not be in the list, remove it and leave a note in your edit explaining why it was removed.

#1 PGF/TikZ. The standard. As Dima said, it's "powerful, flexible, easy to use, and stunning". TikZ provides a high-level user interface. PGF provides lower-level macros.
#2 PStricks. Probably the second most used package.
#3 The default packages. More used than the others, but not by reason of being more powerful. These are mostly useful for including external images (e.g. graphicx) or combined with other packages (e.g. xcolor is used by PGF/TikZ).

Other graphics packages and programmes typically included in TeX distributions include:

Independent GUI wrappers and tools which create images suitable for inclusion in LaTeX documents include:

Depends on your particular needs.

I would recommend TikZ. Powerful, flexible, easy to use & stunning quality.

Ipe is by a long, long way my favourite program for technical drawings. For some reason, it's not so well known (at least, it took me a long time to find it). Very good LaTeX integration (you can enter LaTeX directly, and also specify a LaTeX preamble).

A non-GUI option is GLE. It can be a little hard to use but for publication-quality data-driven graphs you can't really beat it. Here's a motivating example. I'm not sure how you'd create something like this that looks as good in any other package. It's possible in IPE but it can be tedious if you change the data and have to manually update the graph; with GLE you just re-run the command.

For diagrams rather than graphs, I'd use IPE every time. 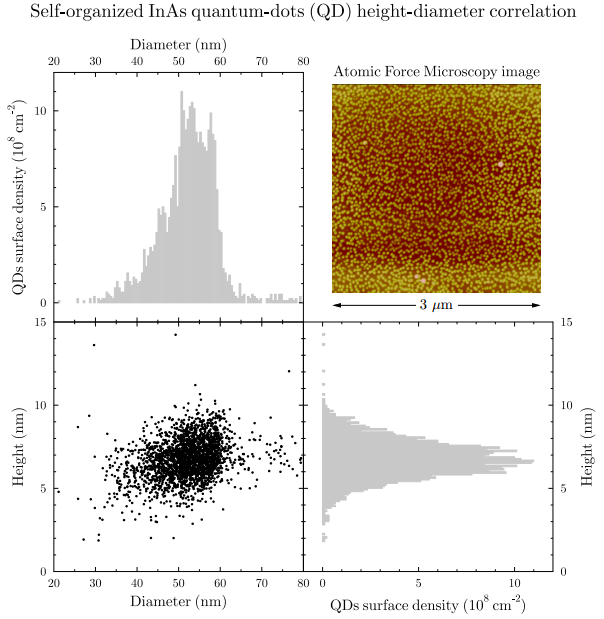 Another option nobody has mentioned is Blender and its Freestyle line art options. Ok it doesn't output vector graphics, but for 3D stuff it works surprisingly well. It can even automatically dash hidden lines. Only downside I've found so far is that there's no easy way to insert a single line. You have to insert a plane and then mark one edge as a freestyle edge.

My favorite drawing tool has already been mentioned: MetaPost, but I would like to mention the package that ultimately brought me to MetaPost: mfpic. It's a (La)TeX package which can interface both METAFONT and MetaPost. To the (La)TeX user who doesn't want to learn the intricacies of another language, it offers a friendlier way to use their drawing capacities.

A LaTeX file which contains mfpic coding needs several compilations for creating and including the picture: the first time for the main file with (La)TeX, the resulting METAFONT/MetaPost file must then be compiled with MetaPost, and a last compilation for the main file with (La)TeX. Once the picture is produced, this triple compilation is no more needed. Yet it is the main drawback of mfpic, which can be drastically reduced if you defer this triple compilation to a script, as I usually do.

Naturally, those who want to get still more "drawing power" from mfpic must learn something about METAFONT/MetaPost, since mfpic doesn't cover all of their possibilities by itself but allows the user to insert raw METAFONT/MetaPost code in their programs. This way I came to learn the MetaPost language little by little, and to use the MetaPost program itself more and more frequently. Currently I use MetaPost directly most of the time, but still revert to mfpic sometimes because it has some ready-to-use drawing macros (e.g. for tiling and extrapolation) that plain MetaPost (of its current extensions) does not offer.

Here are a very good introduction to mfpic by its current maintainer (Dan Luecking), and its complete reference manual.

I like TikzEdt. It has more ability then LaTexDraw and Ipe. 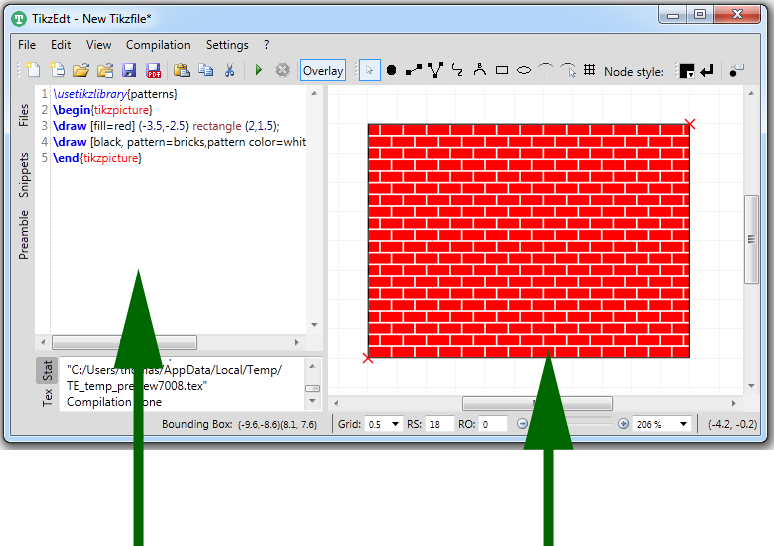 Sketch allows you to create drawings similar to TikZ, but in 3D. Additionally, it generates PGF/TikZ or PSTricks code. Here is an example, and there's an introduction.

diagrams is a domain-specific language for creating vector graphics using Haskell. It has several backends that allow for direct embedding into LaTeX files. As an example, take a look at the diagrams in Brent Yorgey's PhD thesis, that are all done with this library (you can see the examples in the pdf... jump to the diagrams linked in the List of Figures (the sources are available in the repository)).

-1
How do they draw this in Latex?
-1
Sample of drawing of the Computer Processes with TikZ
0
Graphs in TeX or LaTeX
1
Draw a diagram with colors and texts
0
Interface for diagrams and example
0
Any idea to start drawing this dynamic figure?
1
Graphic tool in LaTeX?
1
TikZ Application
2
What online tool is suggested for the picture package in LaTeX?
2
Tool to draw diagram
See more linked questions