How can I insert two digit year string?

I guess I need some kind of macro, but I don't know how to write one. I tried like this:

But it returns empty string. The idea was to pass four digits as argument and return only the last two.

Of course, it is incumbent on the user to make sure the argument is/produces 4 digits. 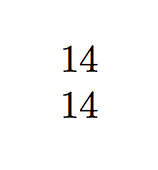 In case of numeric argument, you're better using use a four digit number.

A version using the \MODULO command from the calculator package. It will not work for too large numbers, however (and too short ones ;-))

Note: The calculator package uses length registers internally, it's restricted to values from 0 to 16383, so don't use this code for years beyond 16383 ;-) 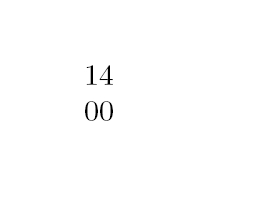 You can also xstring for this quite easily:

The final \relax is there to guarantee the expect spacing after the macro.

I give another solution to this collection of answers. No packages are needed, but eTeX primitives are used.

This argument also change \the\year for later use (e.g. in \today to obtain October 9,1939)., but if you do not like that feature is quite obvious how remove it.

Finally, as I cannot imagine the benefit of using a two digit format for dates outside the XX or XXI century in real life, the argument only work with 4 digits in order to detect typing mistakes (otherwise print a warning box) with the help of the xifthen package. If you do not like this feature either, go to the simple answer.

4
Different bibliography style
1
pgfplots: How to set xticklabel date year as YY instead of YYYY?