I am using fancyhdr and geometry to create a custom page where the text would fill as much of the page as possible. The document has other pages on as well but have been omitted as they are not relevant. I want this single page to maximize the text spead from side to side and top to bottom. However, I have not been able to get my text to span the full width or heigth of the page. Here is my code thus far:

Remove newgeometry from the definition of plain page style and put it in the page that you want to modify. At the end of the page, put a \restoregeometry so that original page settings are restored. 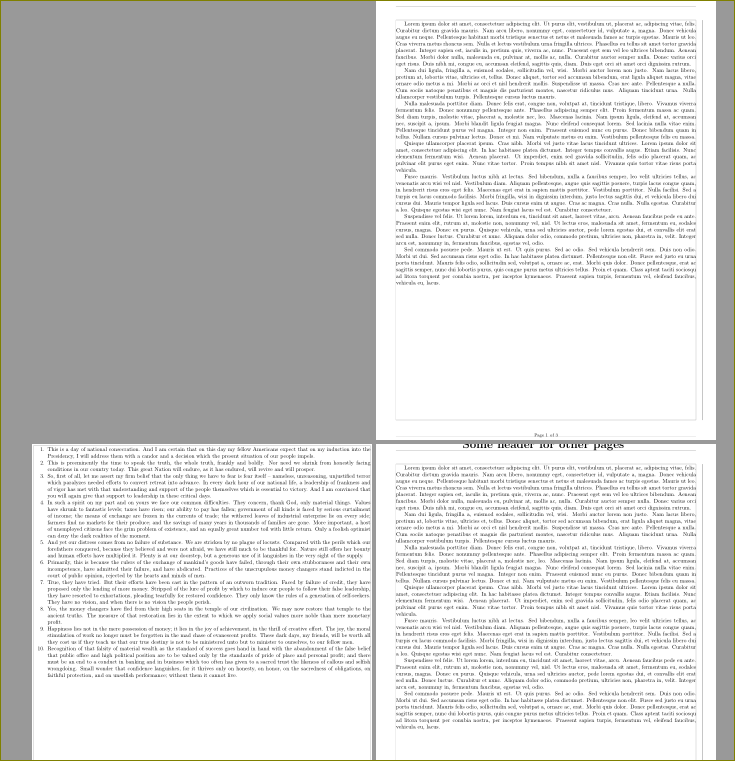 I didn't pay attention to the pade setting dimensions. You have to fine tune them as in this code the settings (dimensions) clearly look wrong (see the header in the third page).

Not the answer you're looking for? Browse other questions tagged fancyhdr geometry or ask your own question.

1
Expand page to use full page height with fancyhdr
1
Empty body centered on the page and vertically splited
3
Centering text body and margin notes together
2
How can I make pages after the first come out correctly with fancyhdr?
2
Modify fancyheader and also shift main body text down
1
Making a header width cover whole page
2
Page number position - exact height
2
Graphic in page covering the page height and left margin