How can I change the position of equation number locally if I am not using the amsmath package?

I am writing a book and I want to show the formats of equation numbering; I mean, I want to tell the students that they can put the numbering at the beginning or at the end of the formula's line in their documents such as papers or assignments.

Placing equation numbers on the right

How can I position equation numbers always to the left side?

This is what I tried based on a comment to my question and it's linked question with use of the amsmath package:

However, when I was writing my file first, I was not using the amsmath package because in my document I had only two equations just as examples. I was not aiming to write complicated mathematical equations to use that package. So, I am looking for an easy way to make such equation's tag.

Others have now posted answers, but for the record this is what I had in mind. It works with all the standard classes (article, memoir, scrartcl, etc.), but not if you load amsmath, so the AMS classes, see below.

If you load amsmath (directly or indirectly, via e.g. mathtools or an AMS documentclass), then as Silvio Levy points the position of the labelling is controlled by different variables. In this case you can use, the following:

A closer look at class option leqno reveals that it loads leqno.clo with just one redefinition:

The following example just locally loads leqno.clo to get the equation number to the left for one of the examples:

Whenever your document has extensive math, you should load amsmath.

However, just to answer your question, the simplest way is to use, once in a lifetime, the “forbidden” $$. After all, we know what we're doing in this particular case. 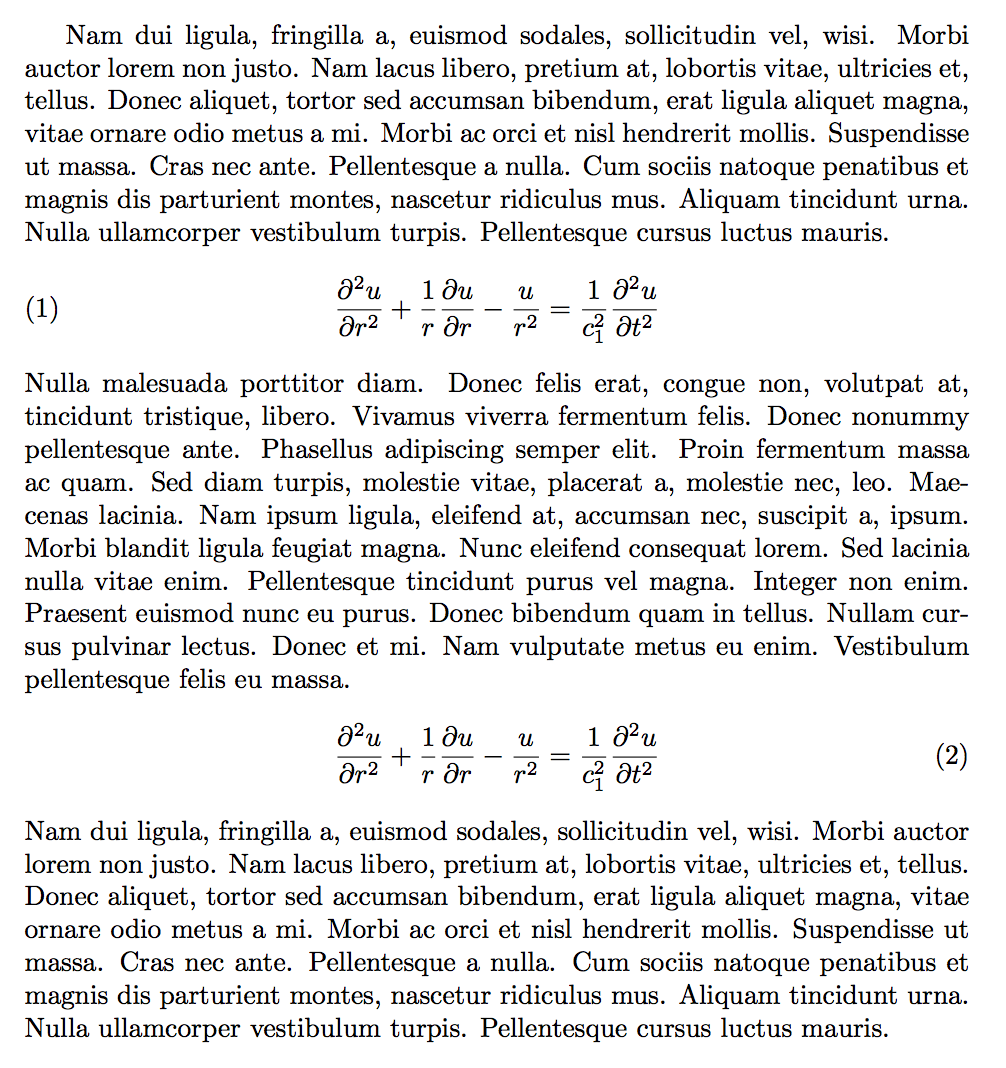 Not the answer you're looking for? Browse other questions tagged equations numbering or ask your own question.

39
Placing equation numbers on the right
28
How can I position equation numbers always to the left side?
21
Switch between leqno and reqno options (of amsmath) in the same document
6
Equation with indices at end and to right side