I used the option procnumbered to algorithm2e so that the procedure environment can be numbered, but I find another problem: the procedure and algorithm environment only share one counter number. How can I number these two environments separately, each with its own counter?

As an example, how can I number the procedure as 1, and the algorithm as 1 too (not 2). Thanks.

Both environments use the algocf counter; you can teach LaTeX to use another one for procedures. 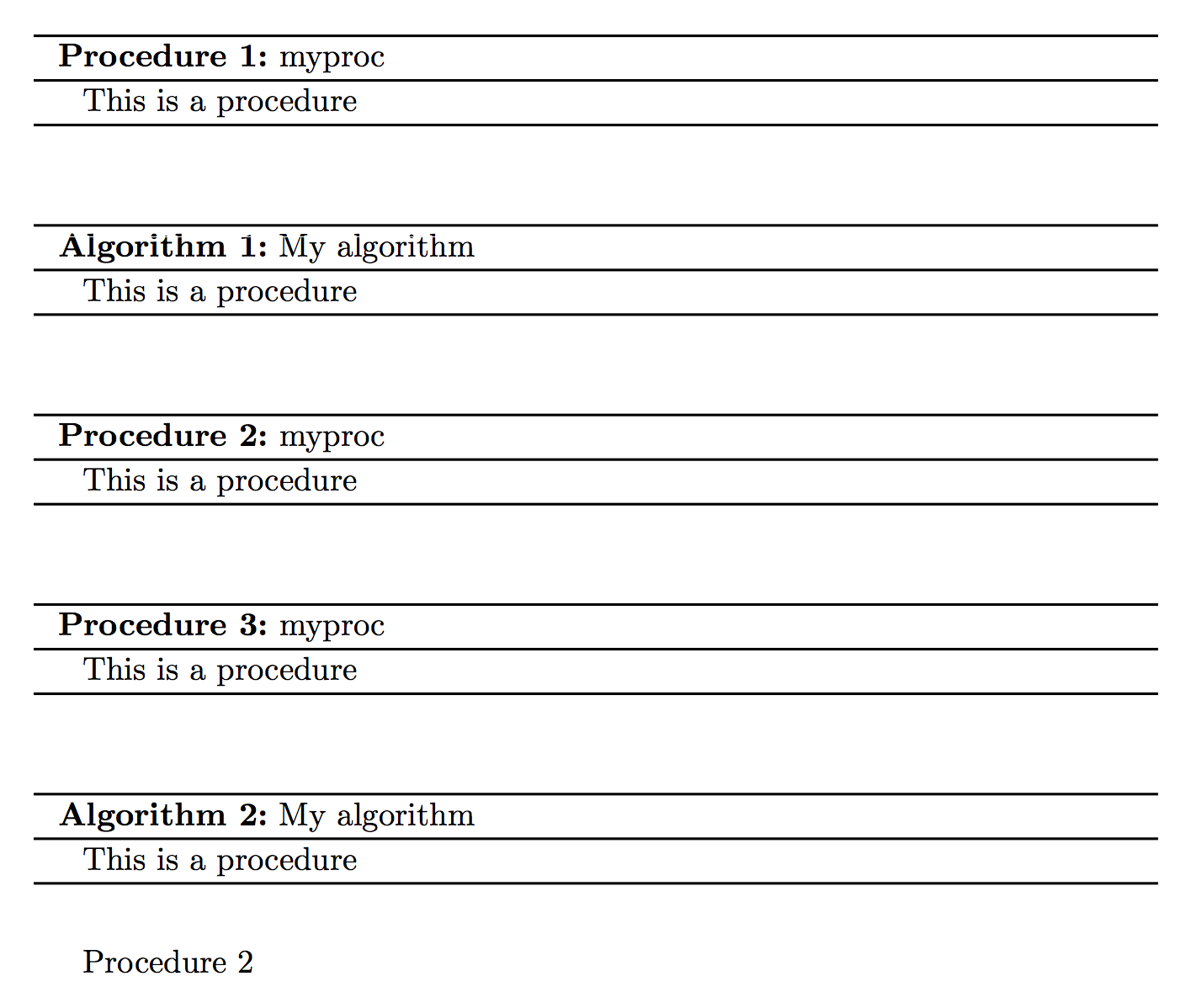