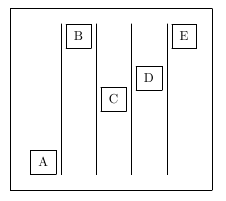 84
What is the difference between \hspace*{\fill} and \hfill?
22
Difference between \hfil and \hfill
13
Using \hfill in a beamer \frametitle in the wuerzburg theme
13
Centering text on a page
8
Implicit \hfil at the end of each paragraph?
6
Center two images using multiple \hfills
12
Complicated footnote within longtable environment
4
When does TeX choose to stretch the glue?
2
Vertical centering of text in a page when text contains enumerations
3
Divide empty vertical space for relative placement of text
See more linked questions