How can images be separated from text by a horizontal line?

I would like to arrange my text according to the style used by chemical journals such as JACS.

In there, images are separated from text by a dark blue, thick line from the text (horizontal line with textwidth). However images do not have this blue at the top if on beginning of page or at the bottom if on end of page.

Does anyone have an idea how I can do latex make this an automatic task?

My preamble so far:

Thanks for your help!

Separator rule commands are built in to the latex format, but defined to do nothing by default, so if you define them to make a coloured rule, you get: 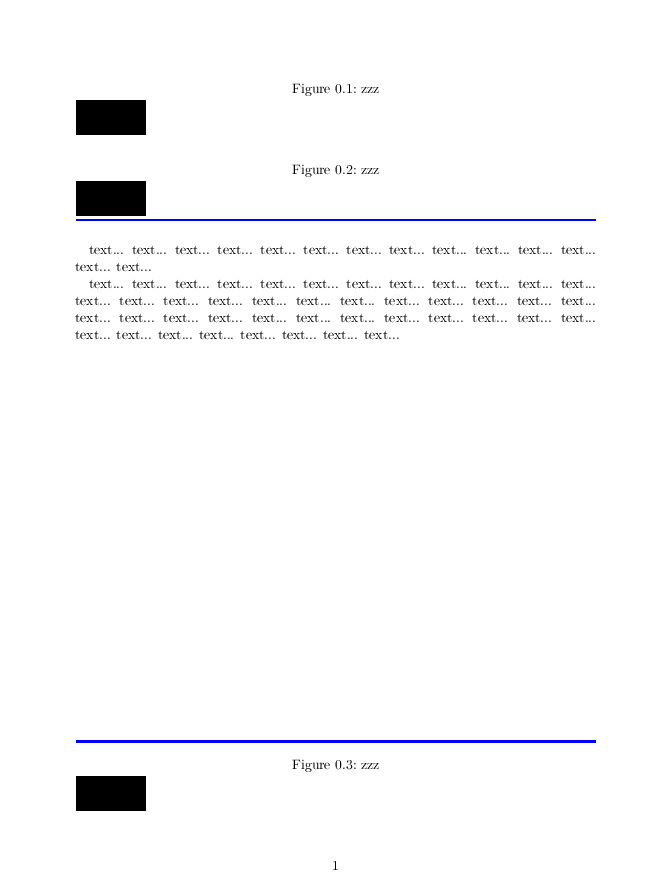 the rules go as that package adds h to the default options and on this document all figures are placed in the h position which is not ruled off from the text.

after the package or equivalently use [tbp] on each figure.

Or you could rule h floats. Unlike top and bottom floats which are added as a unit, separated by a rule, h-ere floats are added to the page as they are met and latex does not record if they come together or are separated by text, so you can not rule groups of figures that are placed mid page. You could however instead of having top and bottom fig rules use a ruled float style and rule every one, using float package to style the figures or simply placing a blue rule at the start and end of each figure.

Not the answer you're looking for? Browse other questions tagged graphics chemstyle chemistry or ask your own question.

29
How can/should I include annotated images?
4
How to export vector images from TeXworks
4
How to wrap text around chemscheme schemes?
1
how to make text centered near images in itemization
0
Horizontal enumitem, with images?
1
How to align images and text in same line?
0
How to convert text/listing into images