Too many Sums: “TeX capacity exceeded ”

I am a lazy student who writes a lecture in LaTeX.

As I need many \sum\limits and \int\limits I tried to overwrite the command \sum\limits so I just have to write \sum. So I wrote

Is there a possibility to short the \sum\limits command and get no problems in a way I tried?

Or should I define a completely new command like

Will this way work?

This is as easy as

However the result is typographically terrible. There is a very good reason why limits in inline formulas are typeset on the side of the symbol and integrals have the limits beside them.

If all of your integrals need limits underneath (in display mode), then use

but, please, for your readers' sake, don't set all limits above and below in inline formulas. 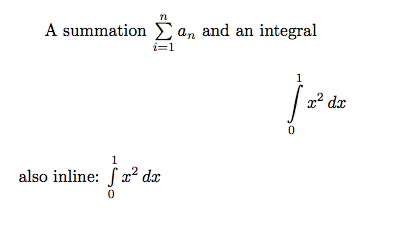 Of course a definition such as

will horribly fail, as you discovered, because TeX will continue to substitute \sum with \sum\limits until exhausting its memory capacity.

You find a related trick in Is there any global settings to add \limits to evey \sum, \bigcup etc?

where an example of why using limits in inline formulas is bad, which I include here as well. 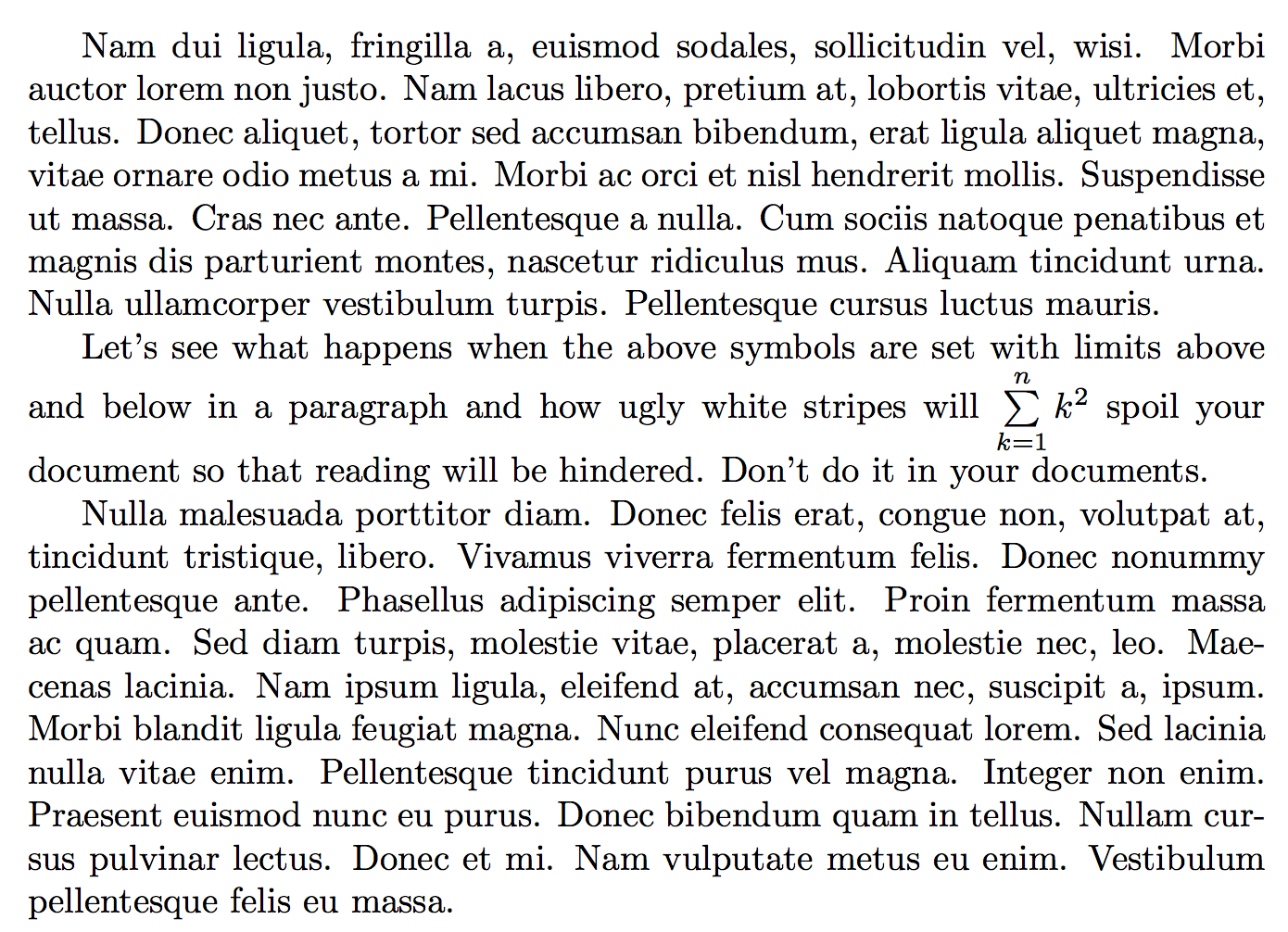 You can use \edef\sum in this way:

Using the different name will resolve the issue, but I encourage you to not do this. There are many instances where such a shortcut will break in wholly unexpected ways (since you are using \limits without any real knowledge of what it does).

As \int is defined \intop\nolimits, you have at least two natural ways of obtaining limits placed where you want: 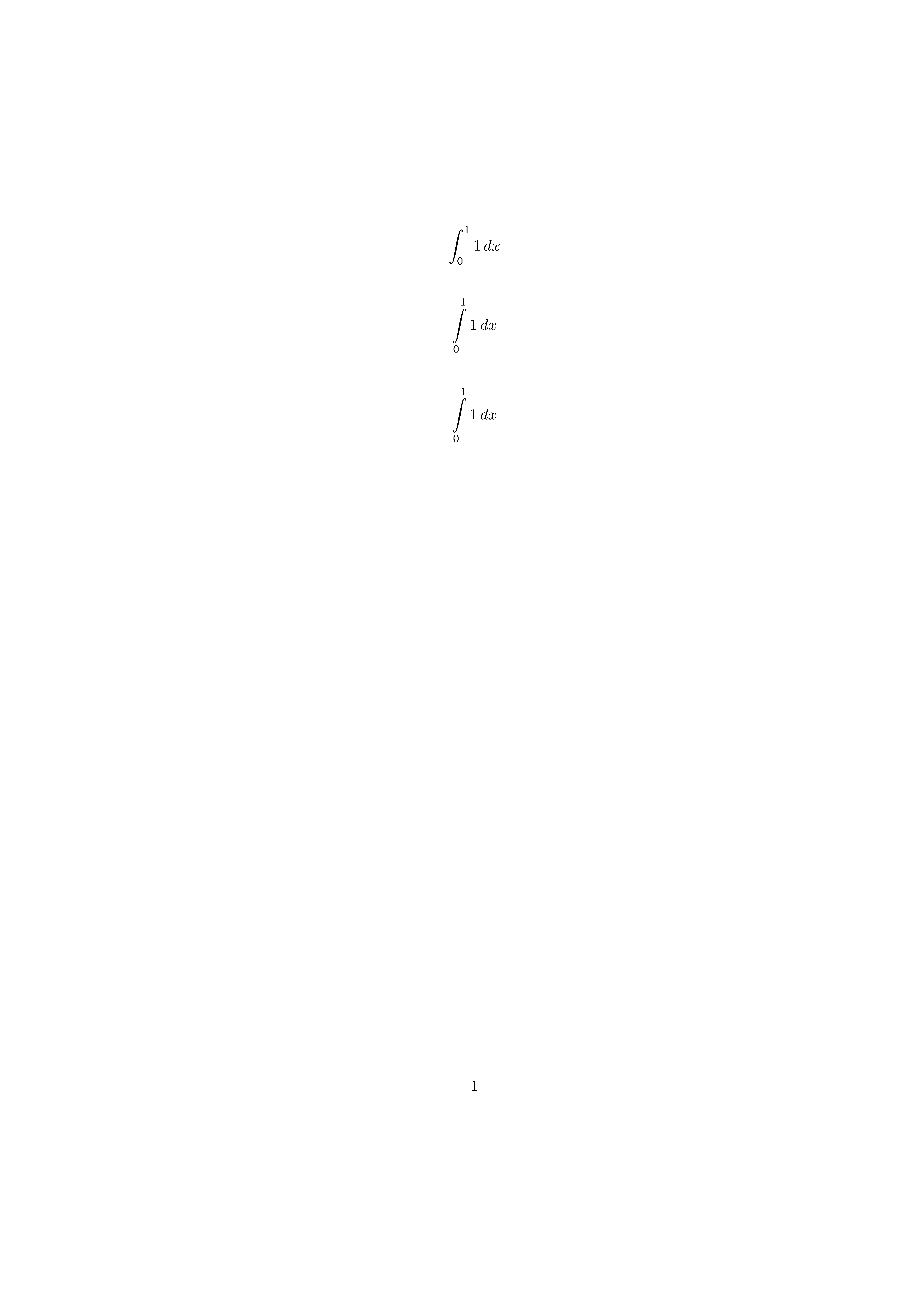 (I have no tools to crop the picture now).

8
Is there any global settings to add \limits to evey \sum, \bigcup etc?