It seems I'm having a lot of issues with using the ieeetran class in Lyx. Currently the word "Table" appears instead of "TABLE".

Each of the letters is supposed to be capitalized, but right now just the T is.

I have it set the Document Class to "IEEE Transactions" and custom to journal. in the document as follows: 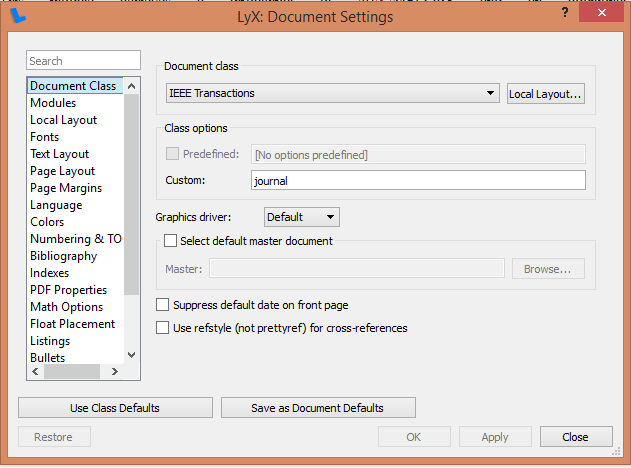 I am also just using a LyX file by created a new file from an IEEEtran template they have built into LyX.

I'm wondering if there is an underlying problem that I haven't taken care of because I was experiencing the same problem with my figures. The figures would be captioned as "Figure 1" instead of "Fig. 1.", which is the appropriate way for IEEE Transactions.

It seems like a temporary solution is to do the following: Add the following ERT (Latex code) to EVERY table float: \def\tablename{TABLE} I tried adding it to the preamble, and even using the \renewcommand\tablename{TABLE} command in the preamble, but neither worked. I'm assuming the same is true regarding figures, but adding \def\figurename{Fig.} in each figure float to get Fig. 1 instead of Figure. I solved that issue in a different way though, if you see my previous questions.

Make sure that you also remove the use of babel in your preamble. That is, under Document > Settings... > Language, select None in terms of the language package to use: 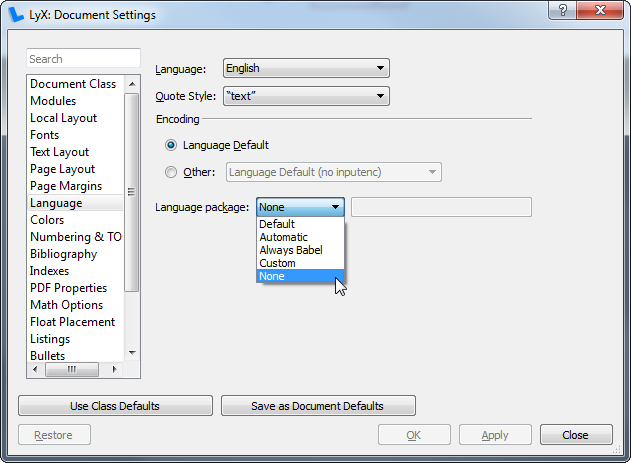 babel adapts caption titles depending on the language, which is something you don't want in this case.