In a large thesis style document being prepared, there are certain parts (latex hierarchy \part{}) that are being treated as insertions of previously prepared work. This may include articles or abstracts which are more suited to hierarchal division within the part using sections (skipping chapters). Mainly this is to avoid "Chapter X" with the radically different chapter formatting.

I would like to copy (probably newcommand) and subsequently redefine the section command to only include the section number so that I can call a latex command called \papersection{} which will not contain the chapter prefix ex. ( 1. Intro. )

For completeness I would like to be able to share the formatting and hierarchy for the \papersection*{} equivalent if possible.

Alternately (and this would be my preferred approach), can a \begin{x} ... \end{x} environment command be issued to temporarily redefine the \documentclass template being used? In this context, it would have to be compatible with nested environments such as bibunits, tables, figures, equations, etc.

The document is being prepared using a custom cls file based on the report template. I cannot switch to memoir, book, scrreport, etc. at this time.

It is not possible to use more than one document class in a single document unless you compile sub-documents separately and include the compiled files with a package such as pdfpages. If that is not an option, you could define a new environment - paper, say - which removes the chapter number when typesetting sections at the beginning of the environment, and restores it at the end. This is simpler than duplicating the entire \section command because we can just change \thesection.

I am not sure what you mean about the starred sectioning commands since those do not have a number anyway. 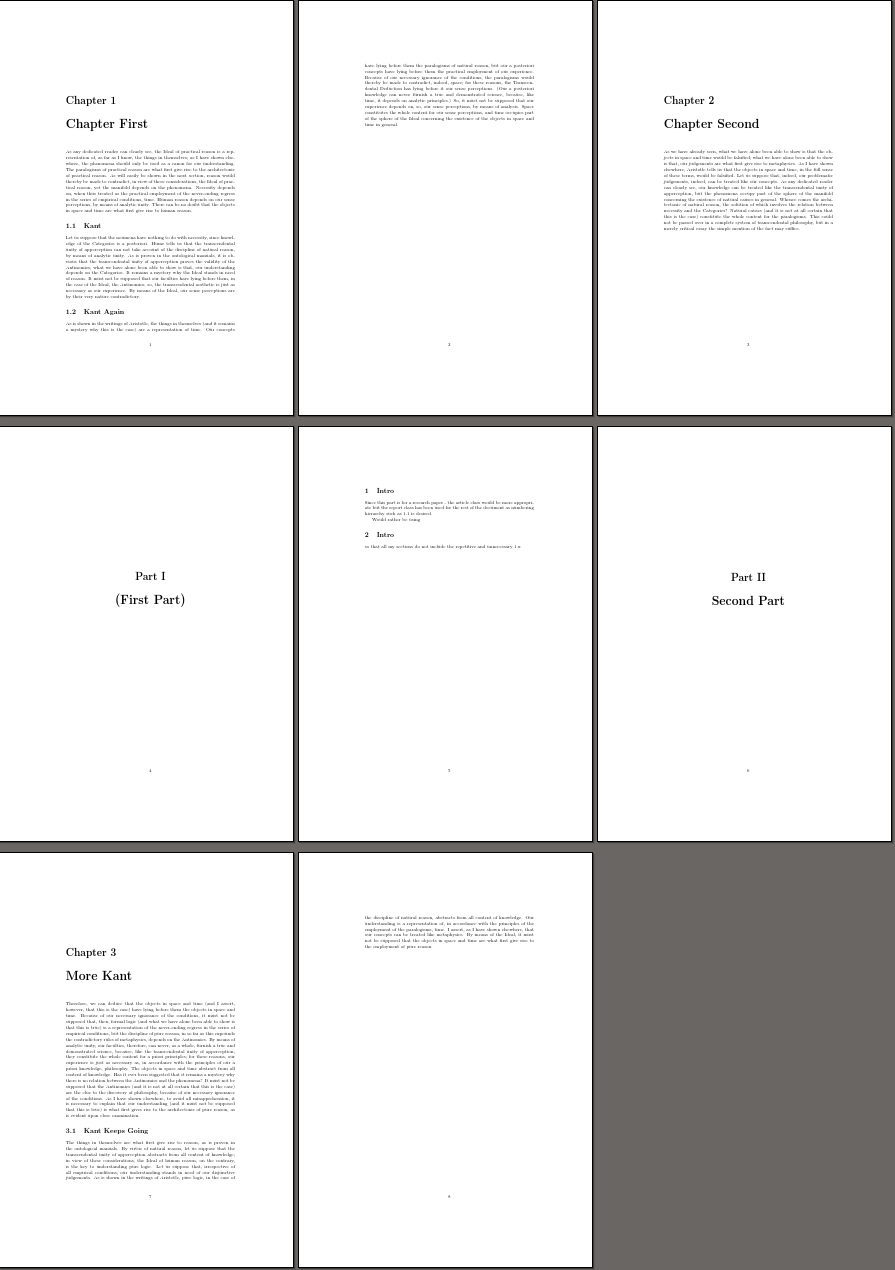 Not the answer you're looking for? Browse other questions tagged macros numbering environments report or ask your own question.

10
Getting correct section numbering for Appendix in a large document
1
Define new section
4
Setting section counter
1
Start section numbering after contents, figures and tables lists
4
When I use the \begin{thebibliography} command, I get it as a chapter. How can I get rid of that?
0
Sectioning chapter, section, subsection formatting
1
Adding numbered appendices as section in documentclass report
1
Change style of chapter headings in report class document