Spacing around math operator in sub-/superscript

For classic TeX engines You can do 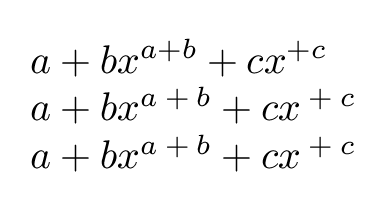 But it's not so good, it always adds the space so only works if + is used as a binary operator between to mathord atoms. Note the final prefix +c in the last term gets the wide space, which isn't really what you want, you'd need a separate command to access a prefix +.

In an answer linked via comments I suggested a construct using \nonscript which looks more involved but actually I think it has the same flaw.

The version suggested by egreg using \text gets the correct spacing but it requires more markup than just adding the space (although of course you could define your own variant \sp command that made superscripts using this construct).

No, you don't want it. The rules for mathematical spaces have been studied by Knuth by examining several documents with mathematical contents produced during a wide amount of time.

Perhaps some national typographic tradition spaces operation and relation symbols also in superscripts and subscripts. This doesn't mean it's good: tight spacing there is good, in general. Some occasional mishap can be fixed by hand: if you want a beautiful document, you have to work on it. Michelangelo didn't just use hammer and chisel to make his famous Pietà.

This is an image from a book by Karl Weierstraß, “Theorie der Abel'schen Functionen: Erstes Heft”, 1856 (see on Google Books) 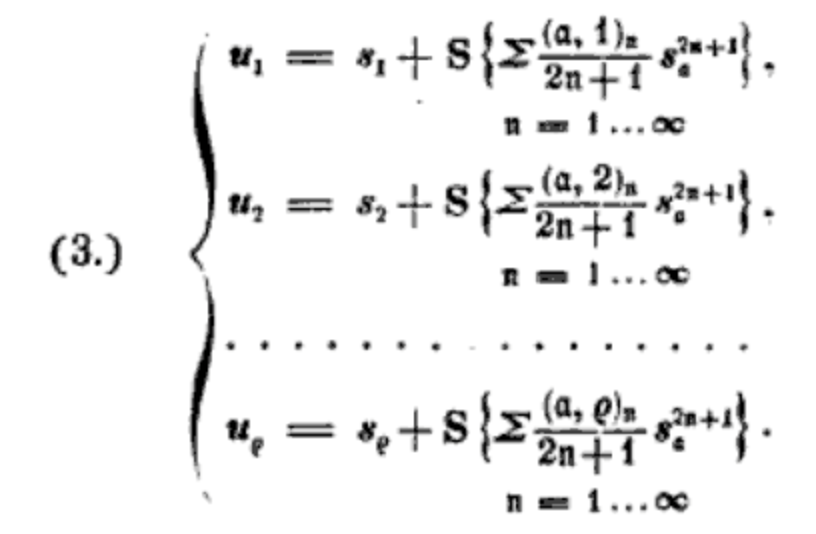 You can see that sums in superscripts are tightly set, which is not the case for sums in normal type.

Here's a trick that I remember used by barbara beeton:

The \displaystyle is just by way of example.

I have no doubt about what version I'd choose.

2
Correct superscript spacing for new mathbin
0
Reinstate display-style spacing without changing font size
1
How can I change the kerning of all relations in script styles?