I want to write a macro which makes a transformation for the sum symbol.

it should be converted to this:

How can i do that?

The optional argument to \csum is set to the counting index i if omitted. 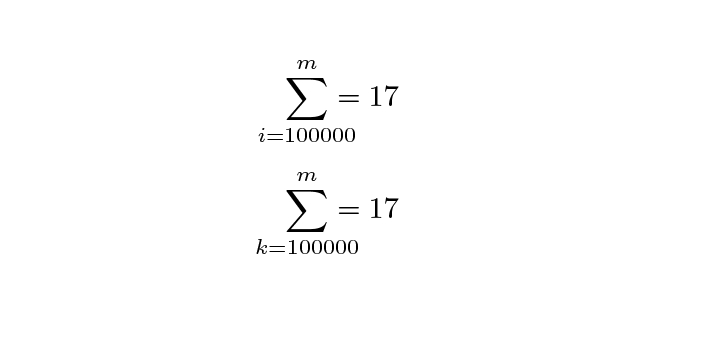 Edit -- Version with optional 3rd argument instead of mandatory

The great benefit from xparse and its macros like \NewDocumentCommand is the better argument handling compared to \newcommand. It's quite easy to define the superscript argument to be optional:

Since \sum\limits_{} etc. works without ^{} a default optional empty argument value is possible. 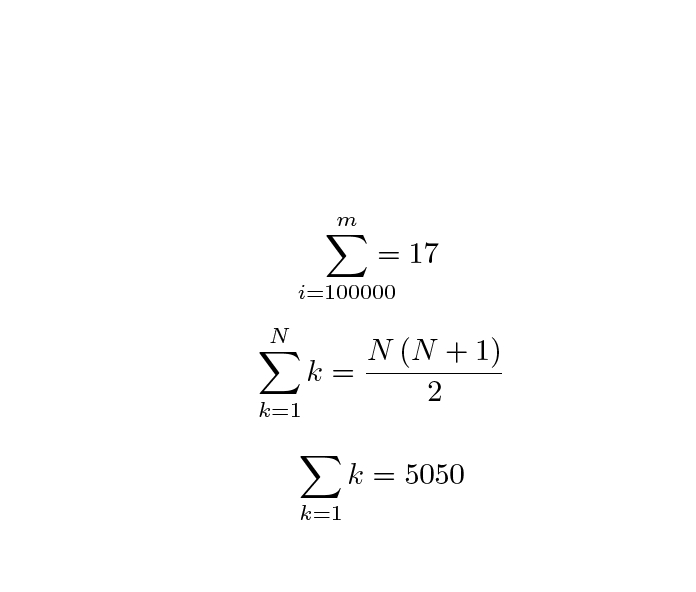 In case you are definitely going to have sub- and superscript after every \csum, always… in that case it's easier, I think:

But you always have to input it with both of them.

In case you want to be able to say, sometimes \csum x_i, here's a very fragile approach.

Very fragile, but a first approach

It would be nice that in the future, an expl3 package that provides math macros would also give a more “robust” way of configuring sub and subscripts. It's easy to define such macros with optional arguments, but it's still nice to have \sum_i^\infty with _ and ^ tokens. So we could, with an interface, prepend code to subscripts, or may be add a predefined kern to such superscript, etc.

1
How can this command be altered to work in more cases?

37
How to add a custom symbol to LaTeX?
6
Writing a macro with parameters
5
Macro which creates another macro with custom name
2
Biblatex custom cite macro
8
Detect if a macro argument is only one symbol
7
macro for writing vectors
1
Macros just for certain number of lines
6
Making a custom angle symbol
6
Respectable-abbreviations macro