Without going into too much extraneous detail, currently our product manual is produced using some proprietary WYSIWYG editor, which has a bunch of limitations. I'm considering producing the manual using pdfLaTeX instead. The main motivation for this is so we can put the copy in source control. (You can't do that when your document is just a binary blob.)

Doing this is going to require a whole heap of work, so before I even start this I have to ask: Is LaTeX the correct tool for the job? Or would I be better off some other document technology? (E.g., DocBook ⇒ XSLT ⇒ XML-FO ⇒ PDF or something.)

We want our product manual to look like a trendy article in a glossy magazine, and our graphics department have done an excellent job of achieving that look. Obviously management won't accept anything that looks worse than what we already have.

LaTeX is of course excellent at producing really professional-looking academic publications. But to our target audience, that just looks "scary". We don't want customers thinking you need a PhD to understand our software. Hence the current manual has huge sans-serif fonts, liberal splashes of colour, and varying page layouts to make it not look like a "wall of text". And, being a software manual, it has a lot of screenshots (frequently featuring complicated call-outs with arrows).

So what do we think, folks? Is TeX a good tool for this, or is there something else out there that's likely to be a better fit?

To the extent that my slightly vague question admits an "answer"...

I spent the last several days trying to recreate the existing document using LaTeX. This has been broadly successful. As a result of many hours of study, I have discovered:

So far, the resulting (unfinished) document looks pretty damned similar to the original. However, I haven't yet tried inserting any screenshots, nor labelling them up. Inserting a picture shouldn't be a problem, but drawing arrows to the correct parts might be fun. However, knowing now that TikZ exists, it should be just a case of figuring out the correct coordinates (which only needs to be done once). In short, I'm fairly confident it can be done, and can be fairly containable. (Then again, I haven't actually done it yet, so...)

In summary: Yeah, you can definitely make something kinda shiny with LaTeX. Maybe not as immaculate as what our graphics department could produce, but pretty damned good. (And without needing to micro-manage page-breaks, manually keep fonts / margins / page titles consistent, and so forth.)

Some people wanted to see the actual document. Unfortunately I have to obscure all the text, which makes it a bit difficult to tell what the thing actually looks like! But here is a heavily blurred image of the opening chapter of the manual: 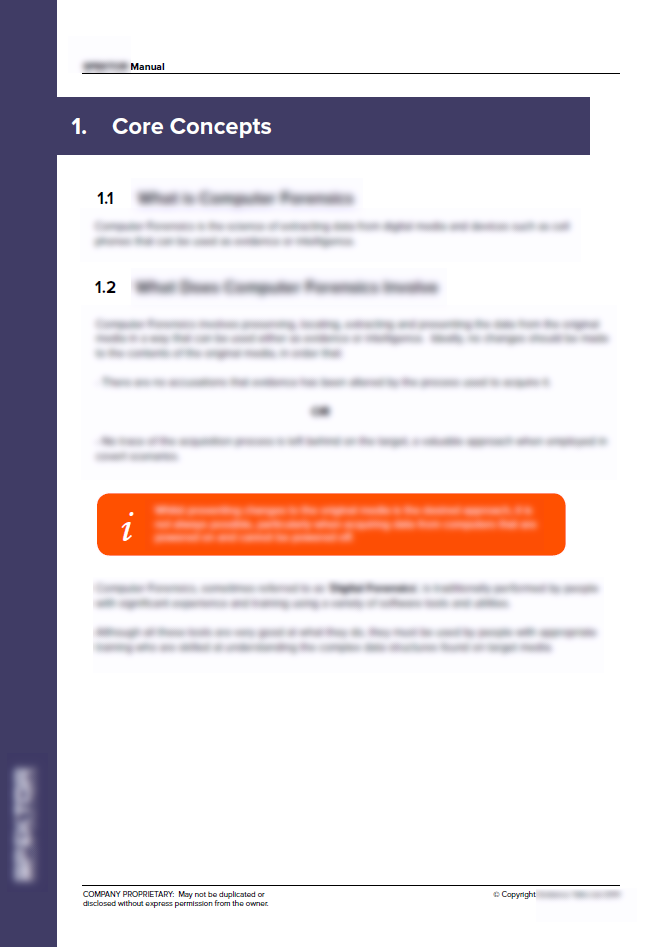 And here is what my new version looks like: 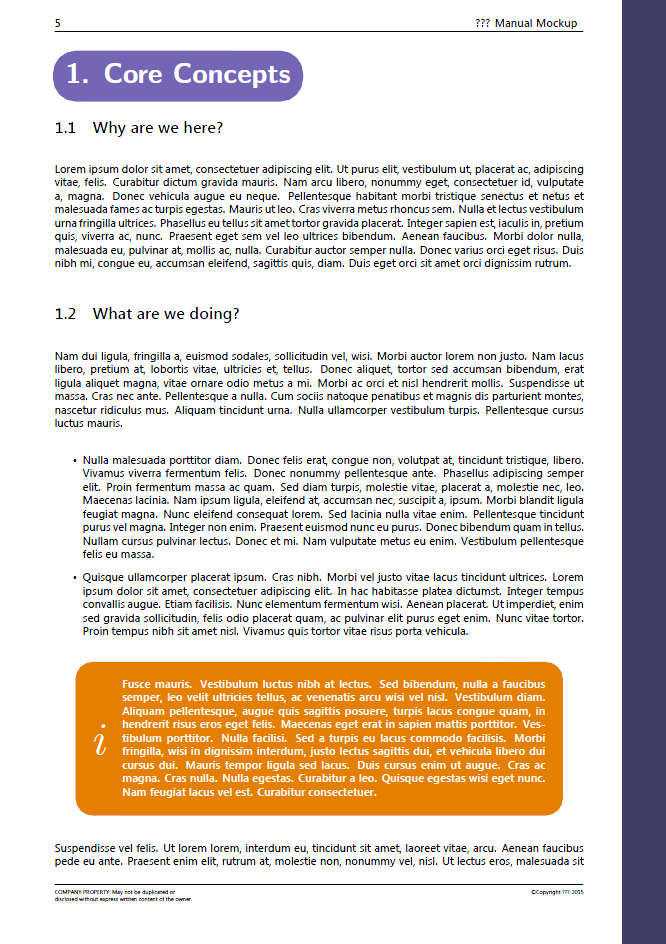 It looks a bit ugly because the Lorem Ipsum paragraphs are all so long! But with the actual document text, it looks pretty similar, actually. And when I get access to the actual commercial font on my work PC, it should look pretty much identical.

Not the answer you're looking for? Browse other questions tagged pdftex tex-general or ask your own question.

447
Drawing on an image with TikZ
181
Why should I be interested in ConTeXt?
49
Unusual graphics and caption placement
4
Comic book or graphic novel style panels in LaTeX

1
Create two documents from one texclipse project
10
pdflatex producing dvi output instead of pdf
6
Producing a document with a lot of almost identical pages in the most efficient way
1
How do people make Tex documents?
0
Documents depending on etexcmds not compiling