Colored box with image and text, no margins

I would be extremely grateful to get some help with this following problem: I would like to have following outcome:

Where the grey box is all the way out in the margin, but the image and the rest of the text in the document has a specific margin. I would also like to include a listing of text in the colored box.

Closest I can get is this:

However is the margin to the left still white and the text doesn't come even close to where I want it.

Another try was to make a \mybox and change the margins just over the box, but then I get a new page before and after the box.

One could use tcolorbox or mdframed, for example, but this can also be done without those powerful packages using some boxes (for example, a \makebox, a \parbox of width equal to \paperwidth, a \colorbox and some minipages for the inner contents); something along these lines: 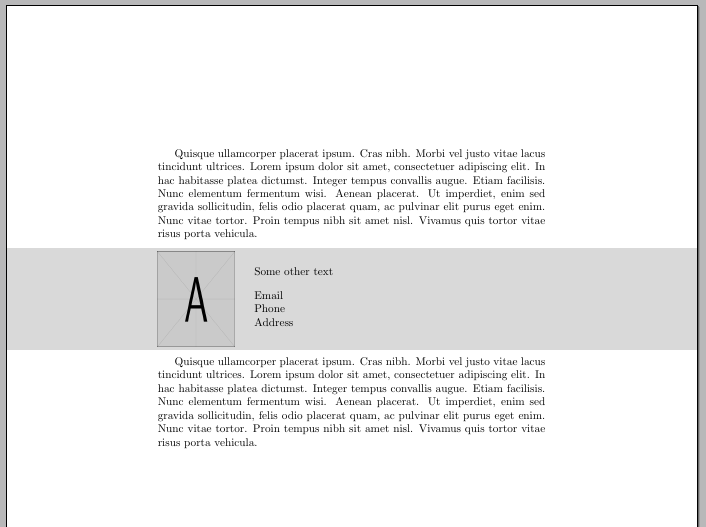 My answer uses tcolorbox. A macro \mybox is contructed which takes the picture file name and the text content as parameters. Also, tcolorbox options may be given.

I commented the following source code to help you to adapt the settings for your application: 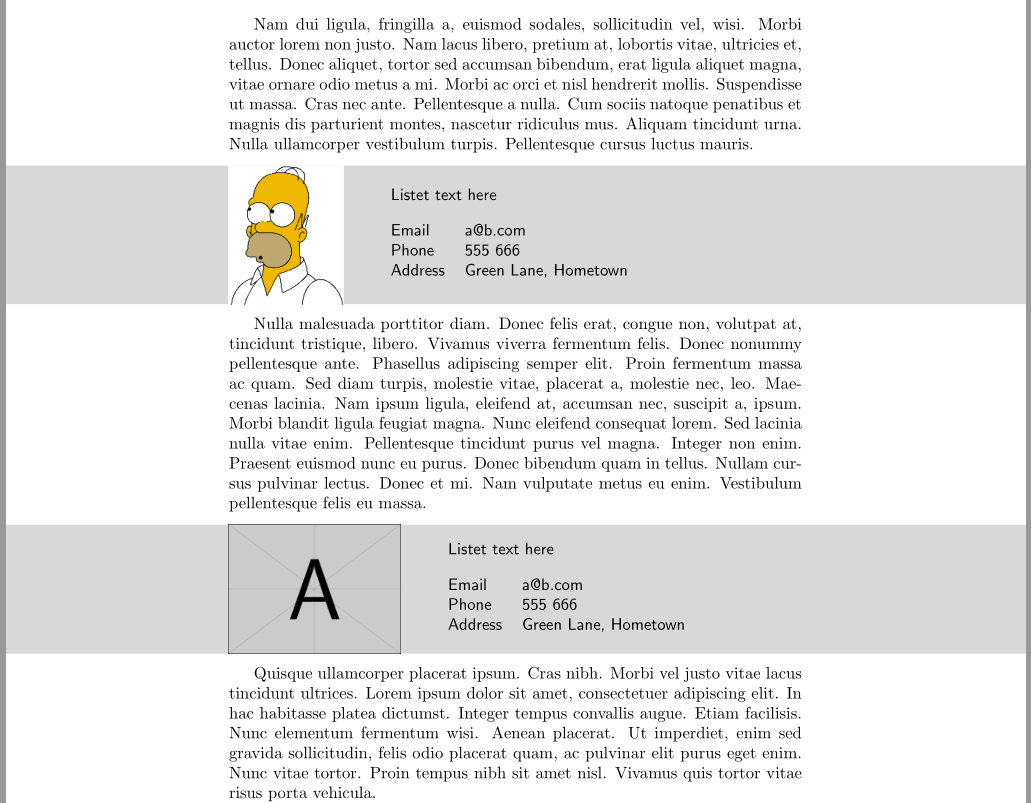 Here I just used a stack.

Not the answer you're looking for? Browse other questions tagged margins boxes or ask your own question.

6
Draw box with colored background and linebreaks which adjusts to the text width?
7
margins and text position
9
Framed box, over framed text with image
8
Color bleeding when using \vsplit for a box with colored text
14
How to make a colored rounded text box?
2
How to make a two level colored box with text?
3
Box diagram (with text in and around it)
2
Colored box just around the text
1
Colored box with automatic line- and page break?
3
tcolorbox: Colored margins in breakable box