In the memoir class, I would like to have my theorems labeled according to the sections, e.g., Theorem 1.2.3.

However, sometimes I have theorems at the beginning of a chapter before the first section of the chapter is declared. It seems that LaTeX incorrectly handles the numbering of the theorems in this case, and it does not seem to reset the theorem counter at the declaration of a new chapter. For example

which gets the numbering of theorem Two incorrectly as 2.0.2 (whereas it should be 2.0.1), since the counter is still running from the last section in the previous chapter.

How do I fix this? 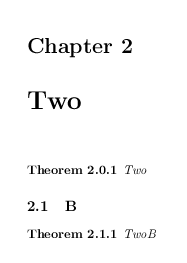 This is fixed in the next release of LaTeX (the above was generated with the pre-release code), but meanwhile you can use the code in the reply to the latex bug report at

The memoir class already provides the mechanism for this:

The command \counterwithin*{theorem}{chapter} tells LaTeX to reset the theorem number when chapter is stepped, without modifying its representation (because of *). 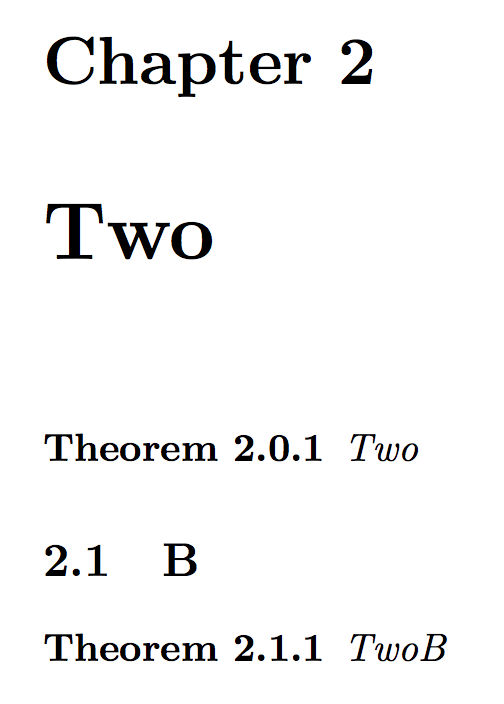 If you want to remove the 0, here's the trick: 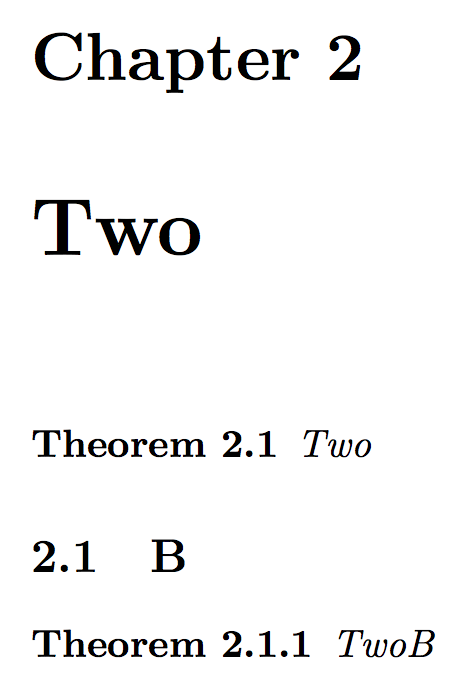 You can load the etoolbox package and reset the theorem counter at the beginning of each chapter. 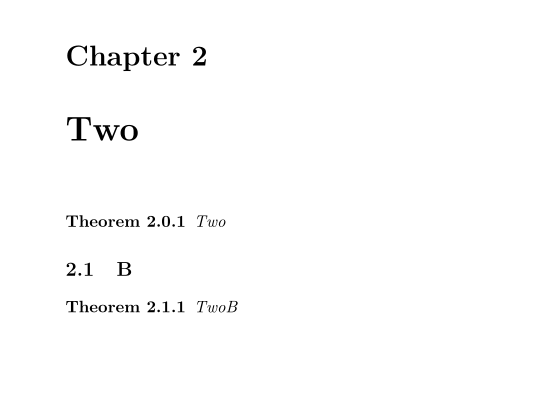 after you have declared your theorems. 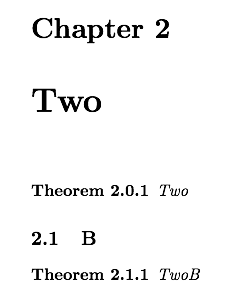 Not the answer you're looking for? Browse other questions tagged sectioning numbering chapters or ask your own question.