I am in the middle of writing something exposing various interactions between various properties that have certains objects in some theory in mathematics. I would like to summerize this in a graphe, and I would like it to look like this : 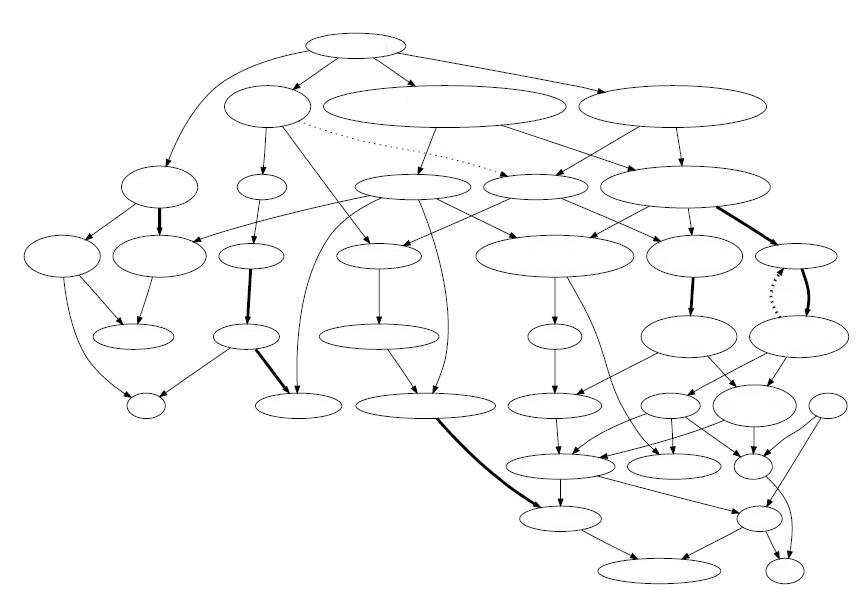 I started to try to do this (without the ellipses...) with the package xypic (that I already use for my diagrams) thanks to the following example stated in the documentation of the package :

but I am really not happy with it.

So I wonder if a package devoted to the design of intricate graphs as the one in the graphical example does exist, or at least something apporaching. If not, what would tex-gurus advise in my case ?

I must precise that I would like to avoid using tikz (except if there a dedicated "module" of it answering to my question, but I don't think so) nor any kind of really graphism-oriented latex package if possible, and if the eventual other solution produces diagrams of quality compared to those that tikz would produce.

Browse other questions tagged graphics diagrams or ask your own question.

15
Drawing relationships between elements of a database

34
Molecular orbital diagrams in LaTeX?
4
A scheme in LaTeX
3
OpenType, extensible arrows, and diagrams
7
Typesetting inline Penrose/Cvitanovic tensor diagrams (birdtracks)
4
Constructing dag-like diagrams
0
How to type this diagram in Latex
3
Triangular scheme in LaTeX
4
Drawing a scheme
4
Creating interactive scheme in LaTex
1
How to draw a scheme in LaTeX