Proper etiquette for using a lemma in a series of equations?

And to get the third line, abc &> bcd, a lemma previously stated in the document is being used. What is the proper way to denote this justification in here? Is there a way to insert/append a note at the end of the third line that says (Lemma 9) or something similar (if the lemma being used is numbered 9 earlier in the document)?

This is one way

Here are 4 possibilities, with the alignat or flalign environment, and the \llap command: 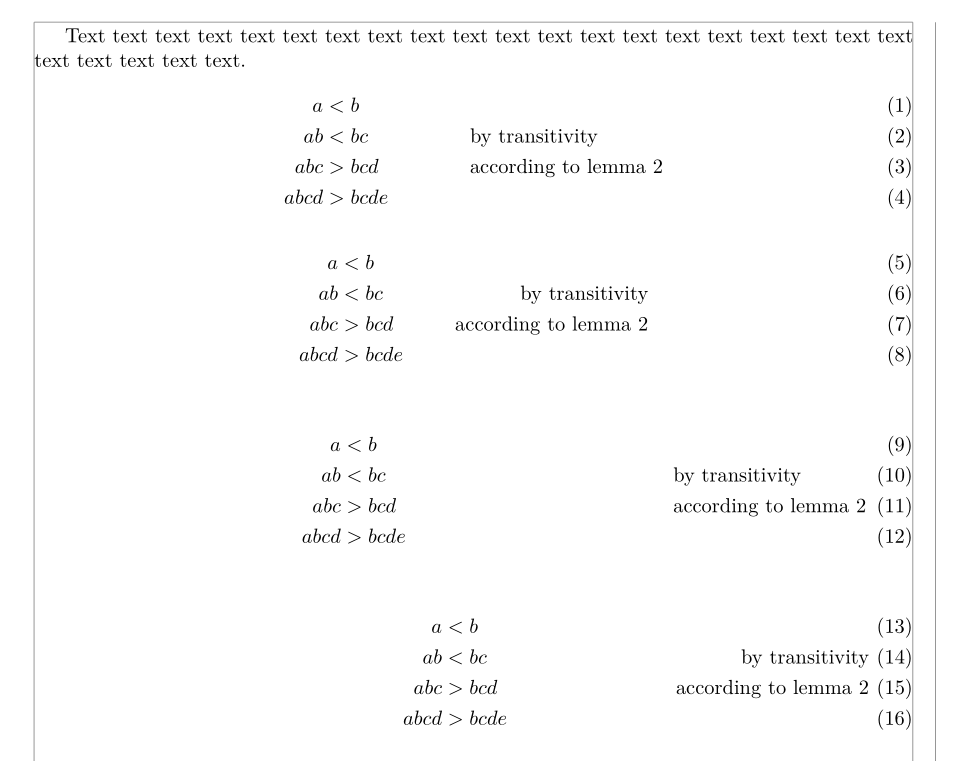 Not the answer you're looking for? Browse other questions tagged math-mode equations or ask your own question.

7
please help me fit my equation into my margins!
2
split equation in multiple lines
0
Compile equations used in a document to an equation sheet?
3
Babel + chapter + equations referencing other equations = compilation trouble
4
How to align the lines in a multiline equation while using the space optimally?
7
Defining a second type of tags for equations
5
How can I use hyphens in equation numbers, but periods in other numbers?
2
Label equations with braces and line breaks