Why is XeLaTeX Pushing British English Text into the Margins?

I'm running into issues whereby TeX/LaTex/XeLaTex can't seem to calculate line breaks properly in regular paragraphs. This came about when I was experimenting with different fonts—in particular, Linux Libertine—and I found that XeLaTex would now and again let lines spill over into the right-hand margin, when using Linux Libertine, for no apparent reason.

I'm a TeX novice, but I think I've narrowed the issue down to the presence of the "british" or "UKenglish" language option when using the babel—or even polyglossia—package in conjunction with certain fonts, e.g., Linux Libertine. Here's what I've managed to figure out so far:

The following are cases where there are no visible issues with lines spilling into the margins:

However, here are the cases where there are visible issues of lines spilling into the margins:

In other words, the problem only arises when all of the following hold true: typesetting with (1) XeLatex, (2) the Linux Libertine font, and (3) the language options "british" or "UKenglish".

I've included an MWE and attached a PNG image showing the issue. Of course, the MWE is just an 'example' document, but I get similar behaviour with other, 'real' documents. In the MWE the problem I'm seeing occurs in the first sentence of the second paragraph: it runs straight into the margin.

The LOG file indicates the following: Overfull \hbox (9.32085pt too wide) in paragraph at lines 26--40 []\EU1/LinuxLibertineO(0)/m/n/12 Of course our rewards and pleasures were as suddenly sweeping as our troubles;

Any help help anyone might be able to provide would be greatly appreciated.

Here is the MWE, and, below, the PNG image: 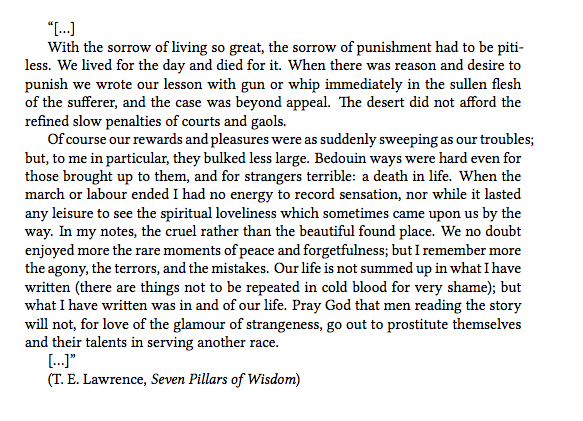 The word sticks in the margin because latex can't find a suitable break point.

Not the answer you're looking for? Browse other questions tagged fonts xetex babel polyglossia or ask your own question.

14
Conflict between color, graphicx and libertine
26
babel: Adding ngerman' s language shorthands to english as the main document language
5
Problems with opentype options under XeTeX
9
Polyglossia and biblatex-apa
4
Multilingual bibliography using XeTeX, biblatex and polyglossia
6
Several questions about migrating to XeLaTeX
9
Why is babel loaded automatically in my document?
2
Cannot use polyglossia/babel with biblatex in LuaTeX: etoolbox Toggle undefined
0
Linux Libertine O: Ligatures? | XeLaTeX
2
Simplest way to write Greek and English text in the long-term and for all OS