How to draw inside a TikZ node using node style with arguments?

The question is an extension to this question, and is also related to this one.

I want to draw a Simulink-style sum block which is basically a circle node with a port in each direction (north, west, south, east). If a port is used as an added (or subtracted) input, a plus (or minus) sign is shown at the port. I hope I can specify the port configurations using custom node styles with arguments:

The result is as follows; the desired fancy syntax is not producing any port sign.

Is there an easy way to meet the objective? A TikZ-only solution like this one is preferred. 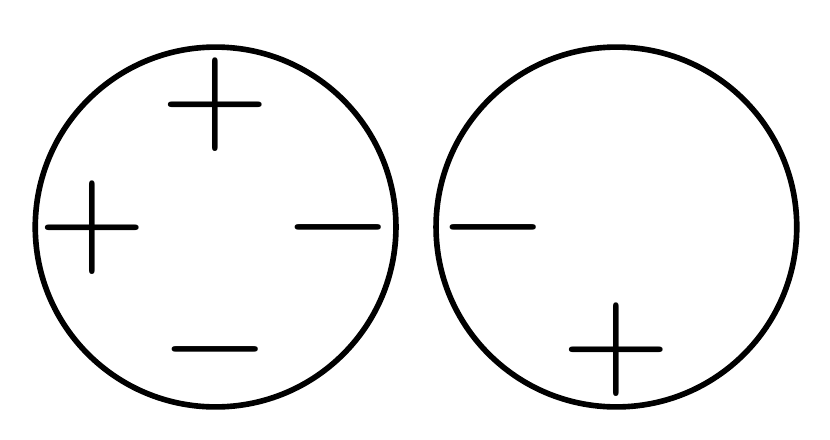 Not the answer you're looking for? Browse other questions tagged tikz-pgf nodes tikz-styles or ask your own question.

12
How to draw inside a TikZ node, using node style?
6
Tikz \draw as part of style (Drawing something inside each node of certain type)
5
TikZ: Summation circle with four ports separated by two prependicular diameters
5
Tikz block diagrams triang

12
How to draw inside a TikZ node, using node style?
6
Computing the rectangle encompassing a node and a point
16
Numerical conditional within tikz keys?
9
How do I draw shapes inside a tikz node?
6
Tikz \draw as part of style (Drawing something inside each node of certain type)
17
TikZ: Drawing an arc from an intersection to an intersection
3
Adjusting edge alignment and positioning of fitted node
9
Line up nested tikz enviroments or how to get rid of them
0
Connect anchors of node within the node definition
3
Document header with tikz