I am doing a follow up on How to expand a macro to use it inside a question in AMC?, as suggested by @Steven B. Segletes, so the question can be answered.

I'm trying to use AMC to produce an exam with code in it. However, the use of verbatim code inside the questions is beyond the scope of the package. They suggest to declare boxes and used them inside each question.

But, I found problematic to create a \newbox per question and insert it by hand. However, this is partially solved by two solutions:

What I will like is to have the best of both worlds: an easy way to maintain the questions and preferably an automatic (transparent) way of naming then to the user, but that the questions remained coupled with their respective boxes when shuffled.

For example, the image below shows how the codes are shown in order as they were declared, but when the questions are shuffled, they may not appear in the same order. 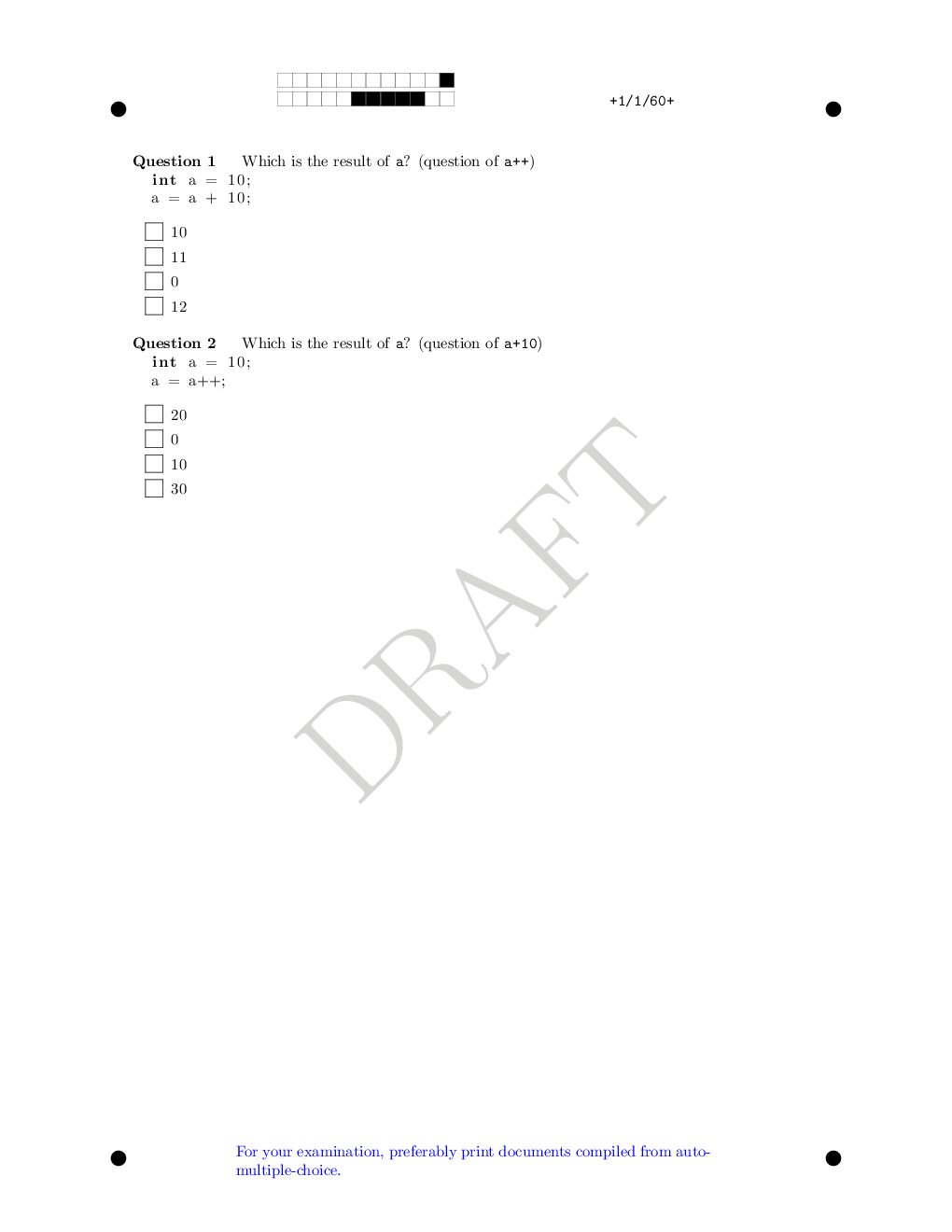 Maybe you can use the internal AMC question identifier as a box identifier. You have to guess this identifier if you call mybox before building the question, and force AMC to set the identifier right after the mybox environment use (so a simple \element won't work).

3
How to expand a macro to use it inside a question in AMC?

8
How to make a box containing LaTeX output?
5
How to box two lines inside align*
9
Defining a centered shadowboxed listings environment
2
Handle % character in verbatim inside a grey box
6
Automatic creation of lstlistings in AMC questions
2
How to patch AMCOpen from AMC package
4
Example of Box inside Box
0
Box inside another box