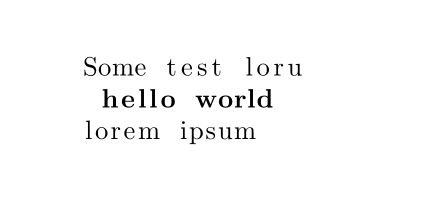 6
Narrow underscore in listings package
6
Emphasizing some parts of string in lstlisting
3
Turkish (İ) character inside code listings
2
Curly braces in my Java lstlisting are not shown
4
Can't apply monospaced font to listings (when using pdflatex)
4
Literating in listings with and without star at the same time
1
Lstlisting delimiters remove indentation
1
Duplicate text in multiple places in different environments (lstlisting?)?