Connecting from in the middle of |- line

This is a LaTeX code that I wrote to generate a simple diagram. 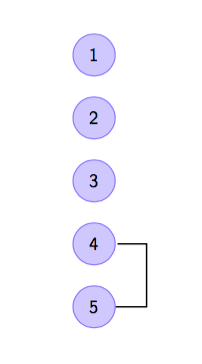 But what I really want is something like this.

I can connect 4 and 5 using |- command, but I don't know how to label in the middle of this vertical line and then connect it to 3. What is the best way to draw the above ASCII art in LaTeX?

The starting points on the line can be calculated. The following example takes the middle of the vertical line segment: 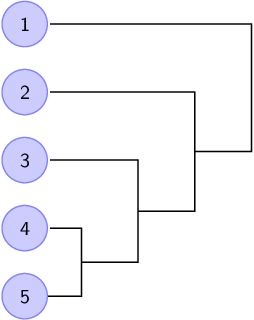 Here is a solution using coordinate and the pos option:

Another interesting case are the horizontal/vertical line-to operations |- and -|. For them, the position (or time) 0.5 is exactly the corner point.

After |-, with position 0.25, you get the middle of the vertical line. 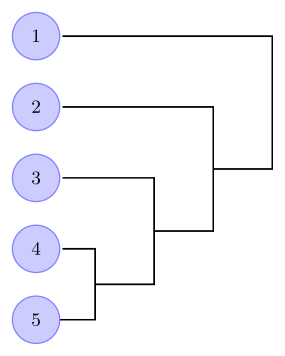 A few notes before hand:

Indeed, it seems my udlr family seems to help here. You will need the files

in your texmf tree or somewhere else where LaTeX can find them (in the same folder as your main .tex file for instance).

Amongst others it allows you to use the r-rl path operator which means to draw an orthogonal connection between to coordinates in which you start from the first and go to the right then up- or downwards and then left to the target coordinate (or node). You can write r-rl[distance=?] to change the distance between nodes/coordinates and the vertical part of the path (default: 0.5cm). The option from center adds the distance from the center of nodes (instead of their borders).

In your example I add an additional (auxiliary) name for the last node and add with the coordinate (@) a coordinate on the connection which allows me to use the same \path specification repeatedly. This @ coordinate (with an default pos=.5) is placed at middle of the vertical part of the r-rl connection.

All these options and how they effect the placement of nodes/coordinates along the path are explained in my answer to Vertical and horizontal lines in pgf-tikz.

If you still want to use |-, I'd advise you to use a to path as defined in:

and then you can easily do

Note that you have to .east otherwise the first connection is much closer to the 4 and 5 nodes as the distance in ++(X, Y) is calculates from the center of nodes. (A coordinate is only a point so the .east anchor is just the same as the coordinate without an anchor.)

The rl style also sets near start (which is a short-cut for pos=.25) so that it automatically uses a point halfway on the vertical part. 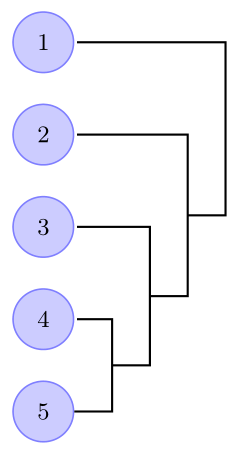 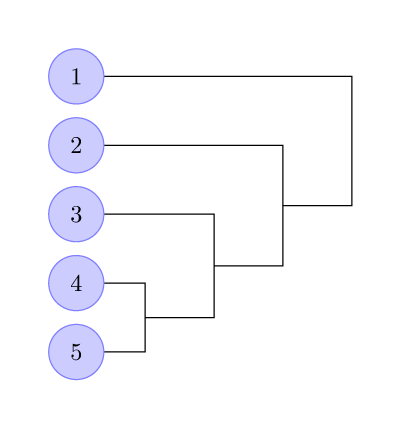 For whom it may interest, here is a MetaPost solution, with the help of the boxes package.

To be processed with LuaLaTeX. Output: 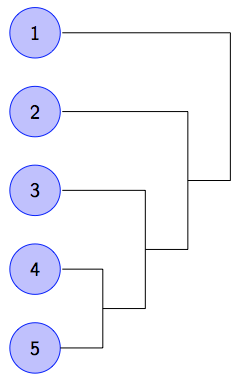 14
Rotate a node but not its content: the case of the ellipse decoration
19
How to define the default vertical distance between nodes?
16
Numerical conditional within tikz keys?
17
TikZ: Drawing an arc from an intersection to an intersection
9
Line up nested tikz enviroments or how to get rid of them
3
Space between containers and arrow from block to container
2
LaTeX Tikz: Compare two \def arguments
3
Arrow between BTrees
1
How do I change the radius of circle in a node in tikz style?
2
Document header with tikz