I am writing a paper in latex and there is one part that I could not find how to resolve, I need to add some notes on the bottom of the page, before the bottom margin.

I think you want "paragraph-style footnotes." You can get these in any document class by loading the footmisc package with the para option. You can also use the memoir class and issue the command paragraphfootnotes. 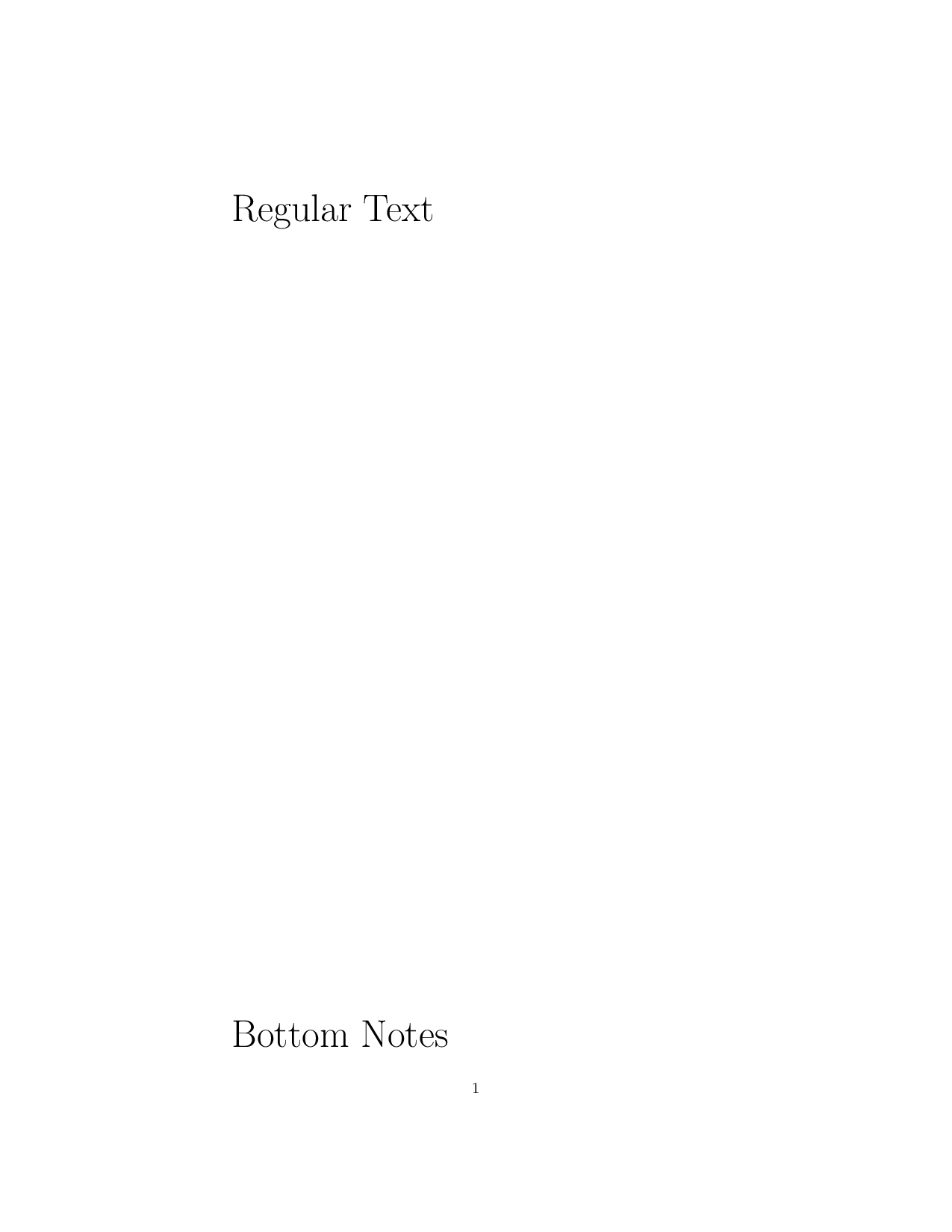 Not the answer you're looking for? Browse other questions tagged margins footnotes footmisc or ask your own question.