How to manually typeset text in parallel on facing pages in (Lua)LaTeX?

I want to typeset a bilingual text in parallel on facing pages using LuaLaTeX. The existing solutions to automate this task have proven unsatisfactory as they don't allow for footnotes (parallel), don't allow for different font sizes of the two parallel texts (eledpar), or generally provide a poor result of aligned text chunks (eledpar).

As the text is not too long, I really came to consider breaking the pages myself. For this to do, I have to solve the following problem(s):

Is this something which is doable? Are there mechanisms provided by (Lua)LaTeX to determine positions on a page and to begin typesetting at a specific position on a page?

EDIT: The following example illustrates the task. Here the latin paragraph starting with "O tempora, o mores" (third chunk of text in the code) should begin at the facing position of the beginning of the paragraph "Shame on the age..." (fifth chunk). 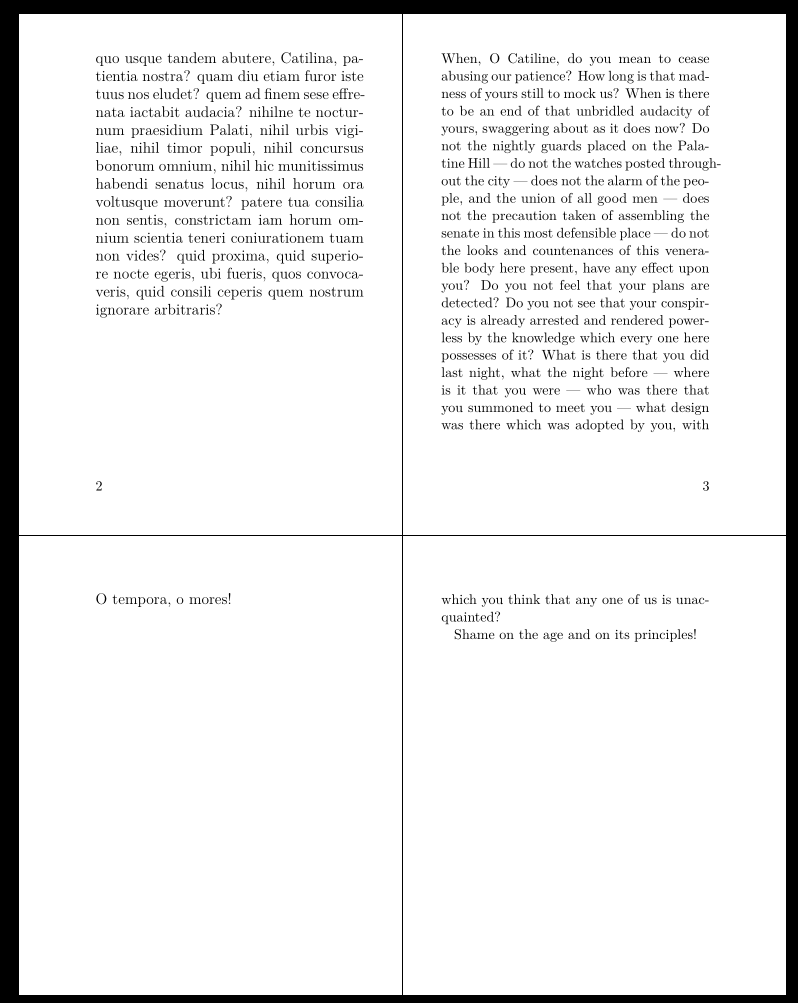 I know this is an old question which hasn't seen any activity in quite a while. This topic is close to my heart as I've used many Latin texts during my studies at university.

As a philosopher and historian I've often used translations of ancient texts and I always wondered how to typeset them. I can only imagine the nightmare this task must be, if one were to use a regular word processor.

Since I am sure that this is a topic/problem many in the classical studies part of the humanities are faced with, I would like to give a minimal example illustrating the wonderful possibilities of the reledmac and reledpar package.

This is what you get: 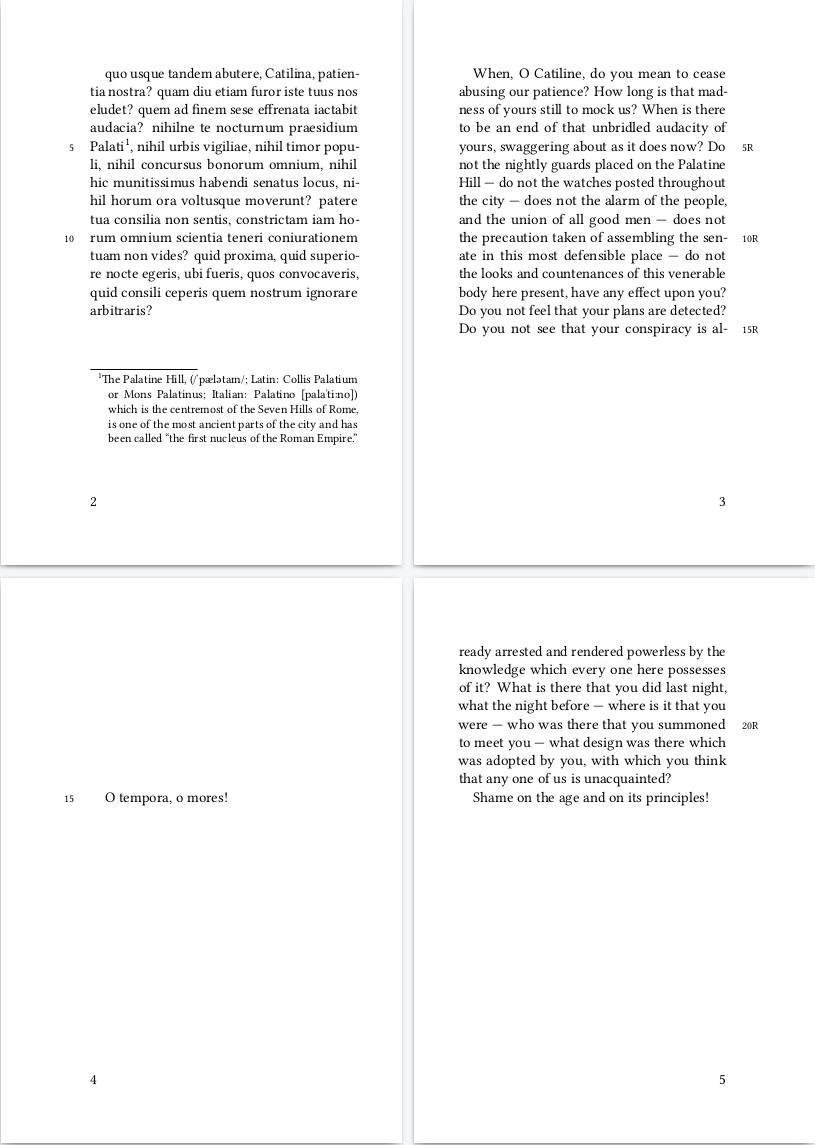 1
Book in two languages (left pages in one language and right pages in a second language)
0
How to place parallel text on two pages?
18
How do I create parallel text aligned by paragraph?
15
How can I typeset parallel lists of paragraphs on facing pages?
5
Alignment of text in two columns: forcing empty lines in one, to avoid collisions in the other
4
eledpar doesn't respect changes of line spacing
0
Any packages for typesetting a diglot edition?

7
Large gaps between paragaphs VS avoiding widows / orphans
15
How can I typeset parallel lists of paragraphs on facing pages?
6
letting long/many footnotes 'flow' over two pages (eledpar)
4
How can I have (or emulate) 'normal' behavior with \ParallelPar when working across pages (on a spread)?
6
How do I manually split a paragraph without \afterpage?
5
parallel or other parallel text - paragraph alignment feeding from input files
2
\part command before facing pages